Teams from Switzerland and Japan impress at Cybathlon 2020

Tokyo (SCCIJ) – The Cybathlon 2020 Global Edition has taken place despite the Covid-19 pandemic, with 51 teams from 20 countries as participants. In this unique championship, people with physical disabilities complete everyday tasks with the help of state-of-the-art assistance systems. To simulate the exciting atmosphere of a live competition, the organizers put pilots and teams in a specially designed “lockdown mode” in their home countries.

The SCCIJ supported the Cybathlon Tokyo Hub as a platinum sponsor to send the message that the Swiss business community in Japan is committed to sustainable development goals and social corporate responsibilities even during difficult times. Besides, the SCCIJ viewed the Cybathlon event as a unique sponsoring opportunity because one single event features Japanese as well as Swiss efforts in this significant field. 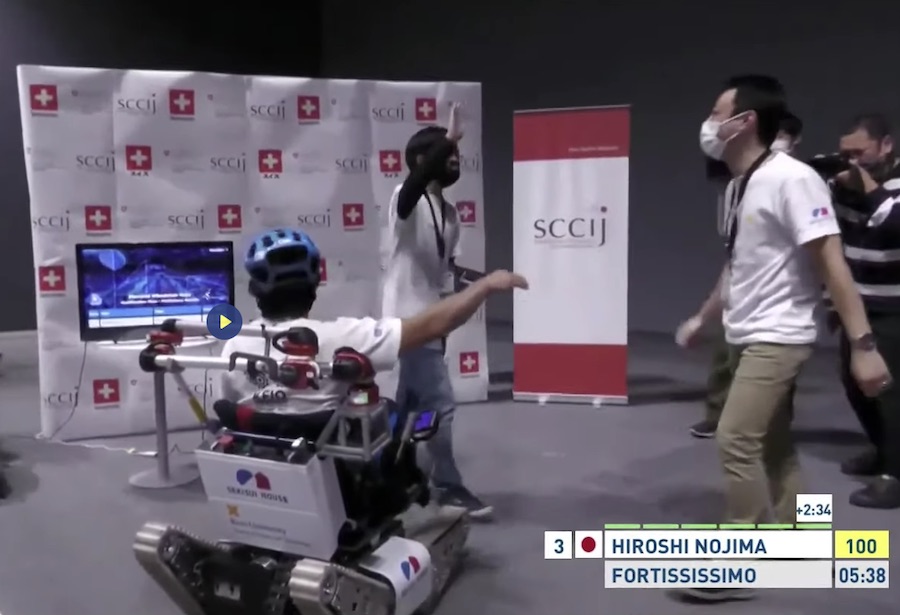 The Japanese team Fortississimo completes a run in the powered wheelchair race at the Tokyo Hub of the Cybathlon 2020 Global Edition. The banner of platinum sponsor SCCIJ is seen in the background. (© Screenshot Video ETH Zurich)

The Cybathlon consists of six disciplines for humans and their machines: a virtual race with mind-controlled tasks, a bike race with electronic muscle stimulation, and obstacle courses for those racing with arm prostheses, leg prostheses, robotic exoskeletons, and motorized wheelchairs. Between five and 13 teams competed for the win in each discipline.

Switzerland sent a total of ten teams to the competition, five of which have ties to ETH Zurich. Switzerland’s leading university started Cybathlon in 2016 to place people at the center when developing assistive technologies. From Japan, five teams participated in the second Cybathlon edition.

Each competitor had three hours in which to make three attempts at an obstacle course, with the best attempt counting towards their result. Race results and winners were not revealed – even to the teams themselves – before the Cybathlon organizers streamed the races in a simulated live event. Apart from the winning teams, the technological advances attracted the most attention, as they are supposed to promote social inclusion. 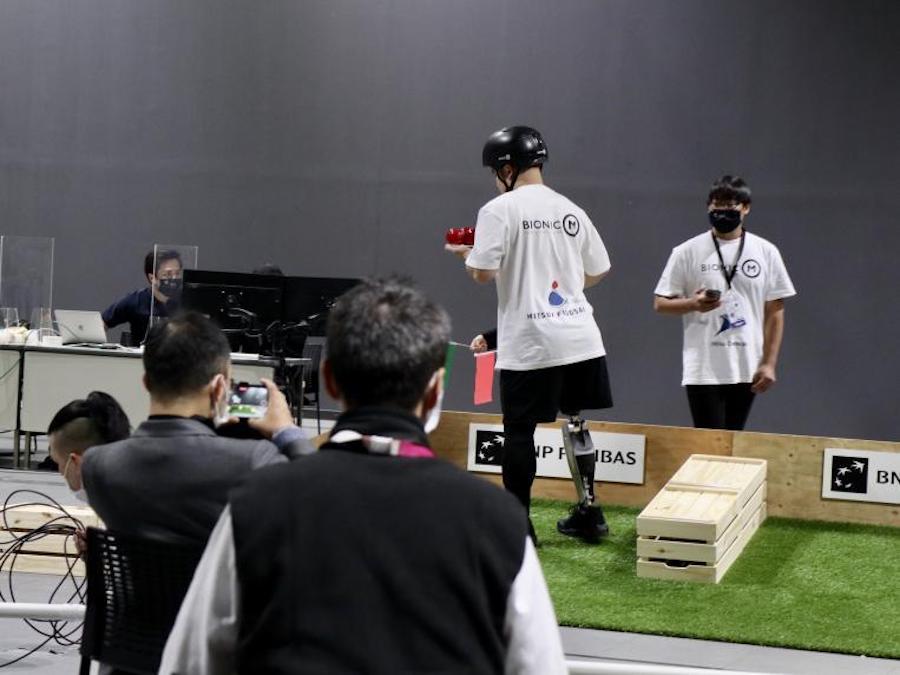 Three out of five Japanese teams made it into the top 4 – Fortississimo from Keio University, RT-Movers from Wakayama University, and BionicM, a spin-off of the University of Tokyo. The two other participating teams at the Tokyo Hub were OECU & R-Techs from the Osaka Electro Communication University and C.I.T. from Chiba Institute of Technology.

Viewership from Japan of the Swiss-made global online competition seemed to be high, especially at the powered wheelchair and leg races where most Japanese teams participated (video). In these disciplines, Japan ranked second after Switzerland. Following the competition, Fortississimo, C.I.T., and BionicM offered demonstrations to the public.

An industry-academia-government collaboration enabled the Tokyo Hub of Cybathlon 2020. The Swiss side supported the event through the Science and Technology Office at the Embassy of Switzerland in Japan (STOT). The Japan Science and Technology Agency (JST) and National Museum of Emerging Science and Innovation Miraikan offered the venue as part of the annual science communication project Science Agora.