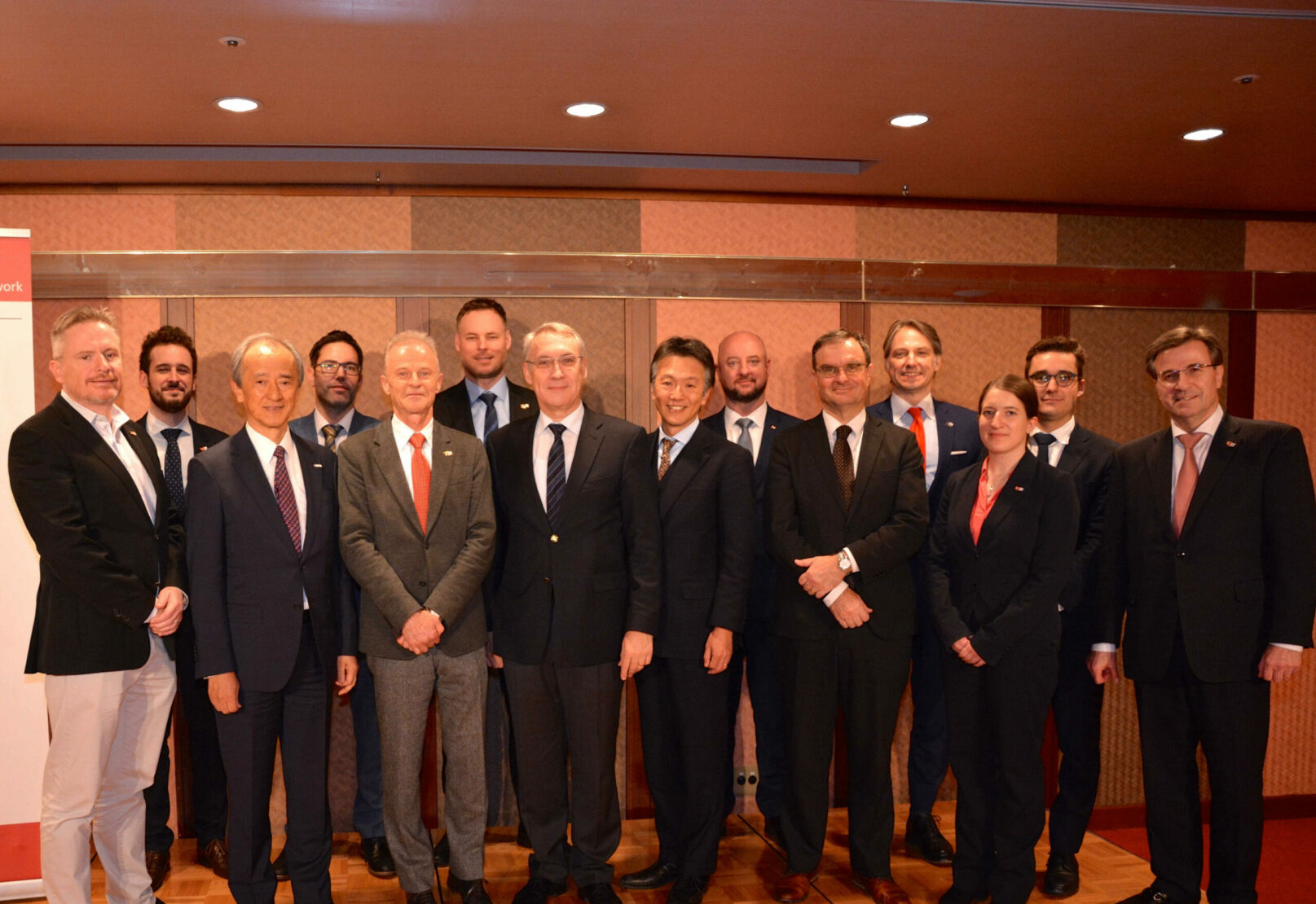 For Switzerland, Japan remains the second most important export market in Asia (4.3% of total exports in 2018), a major investment location (rank 7 among foreign investors) and a weighty “like-minded” partner.
For 2020, the adjustment of the bilateral free trade agreement was in the forefront. However, the uncertainty induced by the COVID-19 global pandemic is likely to impact the two countries’ bilateral trade and agenda.

In 2018, Japan was Switzerland’s fourth largest trading partner (after the EU counted as one, the US and China), according to Swiss Customs’ business cycle trade statistics which exclude precious metals and stones, works of art and antiques. With 2.5% of Switzerland’s total merchandise trade and a value of 11 billion CHF, Japan’s share is comparable to those of Spain and the Netherlands. If trade in the above-mentioned items (especially gold) are included, Japan ranks 7th among Switzerland’s trad-ing partners (preceded also by Hong Kong, India and the United Arab Emirates).
Swiss merchandise exports to Japan rose 4.3% in 2018 to 7.6 billion CHF (share of total exports: 3.3%), while imports dropped 5.5% to 3.4 billion (down 22% if precious metals etc. are taken into account, after a surge of 52% the previous year). As a result, Switzerland recorded a bilateral trade surplus with Japan of 4.2 billion CHF, the third highest – after those with the U.S. and Hong Kong (6th highest when precious metals etc. are included).
Leaving precious metals aside, pharmaceutical products, with a share of 44% once again were the leading Swiss export to Japan in 2018. Their value remained virtually unchanged at 3.1 billion CHF. Exports of watches increased by 9% to 1.34 billion, representing 19% of the total. Medical devices (up 3%), machinery (up 11%) and agricultural products (up 13%) also enjoyed solid export growth, while chemicals (-2%) declined slightly. Prospects for Swiss exporters remain positive, particularly in high-quality branded and niche segments.
Among Switzerland’s imports from Japan, automobiles held the top spot with 678 million CHF, a share of 23% (-14%), ahead of machinery (up 9%), pharmaceuticals (-12%, after an increase of 54% in 2017) and chemicals (up 5%).

Switzerland is the seventh largest foreign investor in Japan, with FDI stocks worth 1.4 trillion yen (12.4 billion CHF) in 2018, up 16% from the previous year. This represents 4.7% of total inward direct investment.19 In new statistics based on an “ultimate beneficial owner basis” released by the Bank of Japan in mid-2018, Switzerland even ranks fourth investor in Japan, after the US, France and the Neth-erlands. Around 200 Swiss companies have set up business establishments in Japan.
A breakdown by industry20 shows that Swiss FDI in the manufacturing sector amounted to about 75.2 billion yen (666 million CHF) in 2018, with pharmaceuticals and chemicals accounting for a majority share (46.9 billion yen; 415.3 million CHF). Unlike in 2017, electrical machinery made a sizable con-tribution with 24 billion yen (212.5 million CHF).
On the other hand, the non-manufacturing sector registered a negative figure in 2018, one attributable factor being developments in the wholesale and retail sectors. Finance and insurance companies re-mained the main Swiss services investors in this category.
Japanese direct investment in Switzerland grew by 12% in 2018 to reach a stock of about 1.6 trillion yen (ca. 14.2 billion CHF). Around 150 Japanese companies are established in Switzerland, some withtheir global headquarters. The largest investments include wholesale and retail trade and construction businesses. At the end of 2018, Hitachi announced that it would acquire an 80% stake in ABB’s power grid business for about 714 billion yen (ca 6.3 billion CHF), the largest purchase in the Japanese company’s 108-year history.

Switzerland sent its first trade delegation to Japan in 1863. It was headed by Aimé Humbert, a representative of the Swiss watch industry. This visit led to the conclusion of a trade and friendship treaty between the two countries in 1864.
An agreement on free trade and economic partnership between the two countries came into effect on September 1, 2009. All details can be found here.

All the information above is based on the Embassy of Switzerland in Japan’s “Japan: Economic Report 2019”.