Mr. Philipp Saurer succeeded to Mr. Martin Stricker as the Chairman of the Scholarship Fund in May 2019. Prior to that, in November 2018, he was appointed to the Board of the Swiss Japanese Chamber of Commerce (SJCC).
Mr. Saurer has extensive experience of working and livig in Japan. After obtaining a Bachelor in BA from Berne University and work at a local company, he had the opportunity to move to Japan working for the watch company Century Time Gems Ltd. Subsequently, he decided to join HTM, a company supporting foreign companies in back-office and business setup. After eight years, he wanted to go “on the inside” and decided to join LNS Japan, a Swiss machine tool peripherals manufacturer, as a Head of Finance and Administration. LNS runs a factory in Ishikawa prefecture, so this new role gave him an opportunity to experience life and work outside the big cities – a good change to working in the Tokyo service industry. After 12 years in Japan, LNS offered him in a new position based in Switzerland (Orvin) to manage the groups digitalization projects.
During his time in Japan, Philipp Saurer served as an advisor to the board of the SCCIJ in Tokyo. 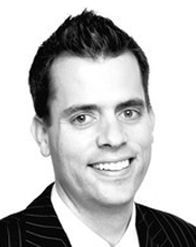 Mr. Luca Orduña was elected a member of the Executive Committee of the Swiss Chamber of Commerce and Industry in Japan (SCCIJ) at the Annual General Meeting 2018. He took over as the head of the Scholarship Comittee of the SCCIJ.
Mr. Orduña’s journey in Japan started right after his graduation from the University of St. Gallen, when he was awarded with the SJCC scholarship. Following 6 month of Japanese language studies, he did a one year internship at a Japanese distribution company for Swiss luxury watches.
During this time, the idea and desire of starting an own business grew stronger and after completing his internship, he founded “SwissPrimeBrands” together with 3 business partners. SwissPrimeBrands is exclusively distributing high-end watch and jewelry brands over Asia with offices in Japan, Hong-Kong and Taiwan. Mr. Orduña was in charge of founding the Japanese K.K. in 2014 and has been managing the Japanese market for the company ever since. 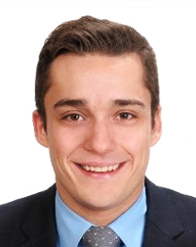