Tokyo (SCCIJ) – The Swiss railway specialist Stadler has set a new world record for a train in battery-only mode. A Stadler-built intercity and regional train reached a range of 224 kilometers on a single charge. The Guinness Book of World Records has already recognized this achievement. 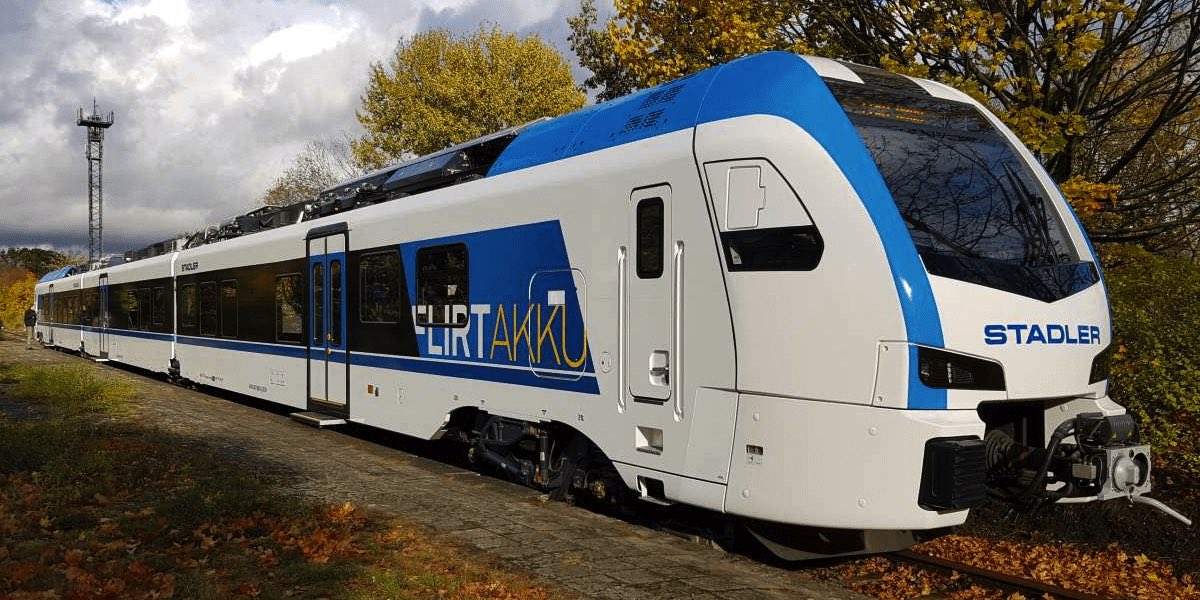 A Stadler-built train has broken the world record for battery-powered non-stop operation (© Stadler).

Traveling on the German route from Berlin to Warnemünde and accompanied by independent technical consultants, the test carrier reached this new world record despite wintry temperatures around freezing point which are not ideally suited for batteries. Stadler developed this three-unit train called FLIRT Akku since 2016 as a local CO2-neutral mobility solution for the climate-friendly operation of unelectrified railway routes. After the German Federal Railway Office approved the vehicle, the train was introduced to the public in 2018.

Even before setting the world record for a regional train journey in a battery-only mode without additional charge, the FLIRT Akku test carrier has traveled around 15,000 kilometers in battery-only operation. “We designed and calculated the vehicle for an operational range of 80 kilometers, depending on the route requirements of the respective network. But on various journeys testing the technology, we were able to realize significantly greater ranges, so that we even dared to attempt the world record at wintry temperatures,” explains Evelyn Thiel, Technical Project Leader for the FLIRT Akku at Stadler.

Stadler started work in the area of battery technology for rail vehicles more than 75 years
ago. The first four-unit series “Fast Light Intercity and Regional Train” was developed in 2002 at the behest of the Swiss Federal Railways SBB for the Zug city railway. Today, over 2,000 vehicles of this type are being operated in 20 countries in virtually all climate zones, from the equator to the polar circle. “As a market and technology leader in battery technologies for rail vehicles, the decision to undertake the record journey was a logical consequence,” says Ansgar Brockmeyer, Deputy CEO of Stadler.

Stadler won the first green technology tender in Germany and sold 99 FLIRT Akkus there. Besides, the Swiss railway company is building the first hydrogen-powered FLIRT for the San Bernardino County Transportation Authority (SBCTA) in the USA.

Stadler’s enthusiasm for greening trains is deeply rooted in the Swiss love for railway travel. For many years now, Switzerland has had the worldwide highest train utilization. Even during the pandemic when traveling demand dropped considerably, Switzerland maintained its top position with 46 train trips and 1,531 kilometers per inhabitant. In the future, many of these trips and kilometers might be taken on battery-powered trains.

Text: SCCIJ with material of Stadler