Tokyo (SCCIJ) – The Swiss Federal Institute of Technology in Lausanne (EPFL) is enabling the most amazing virtual experiences of space. In a worldwide premiere, two space-related tools could be experienced first-hand in Tokyo – the new edition of a virtual reality platform for a space journey and the virtual space escape game “Tranquility Base”. The next stop of the EPFL Virtual Space Tour is the Expo 2020 Dubai. 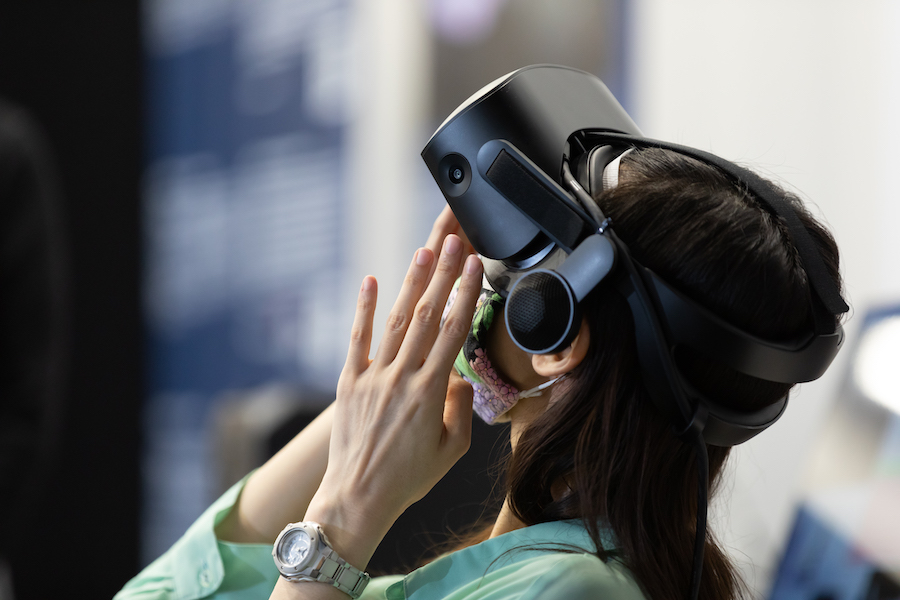 The visitors of the event venue “Base Q” at Tokyo Midtown Hibiya on two days in September and earlier in the Science Museum in August immersed themselves in the most advanced and detailed virtual map of the universe. At the Science Museum in Tokyo, participants could experience a 20-minute journey through the universe in a large dome theater. They sat back, relaxed, and enjoyed an inspiring trip through outer space.

Participants at Base Q wore a virtual reality headset and embarked on a five-minute journey through space and time. Following a pre-set course – ranging from the solar system and the outer confines of the universe to the nearby stars, the Milky Way disk, and the Local Group – the 360-degree view allows one to experience the dynamics and evolution of the universe.

The EPFL Laboratory of Astrophysics developed this new edition of this multi-platform virtual reality environment (VIRUP). The EPFL Space Center (eSpace) presented it in Tokyo together with the Embassy of Switzerland’s Science and Technology Office Tokyo as part of Swissnex, the Swiss global network for education, research, and innovation. 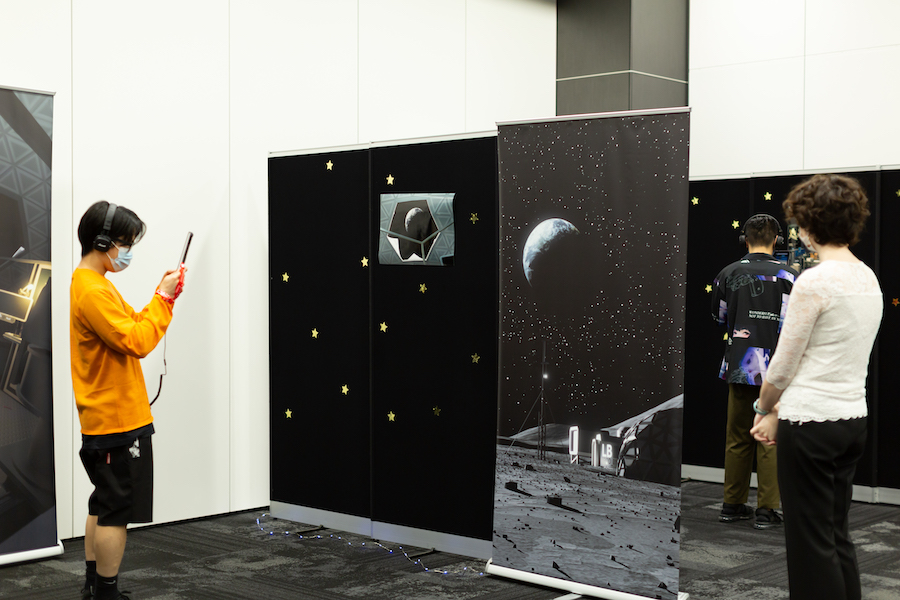 The escape game “Tranquility Base” was played on a tablet computer.

Visitors in Tokyo also participated in a thrilling cooperative virtual escape game “Tranquility Base” featuring a scientifically realistic space mission. “Tranquility Base” is an application to promote Swiss excellence in the domain of space in an entertaining and educational format.

The game is based on the physical escape game named “Switzerland, We’ve Had a Problem” created by the EPFL student association “Space@yourService”. The app is the world’s first escape game on the space theme using augmented reality technology. The story: A quake has strongly damaged a lunar base, the oxygen level drops dangerously fast. After choosing to be in the mission control center or the lunar base, a gamer and a teammate in another room have 20 minutes to solve puzzles and save the mission. 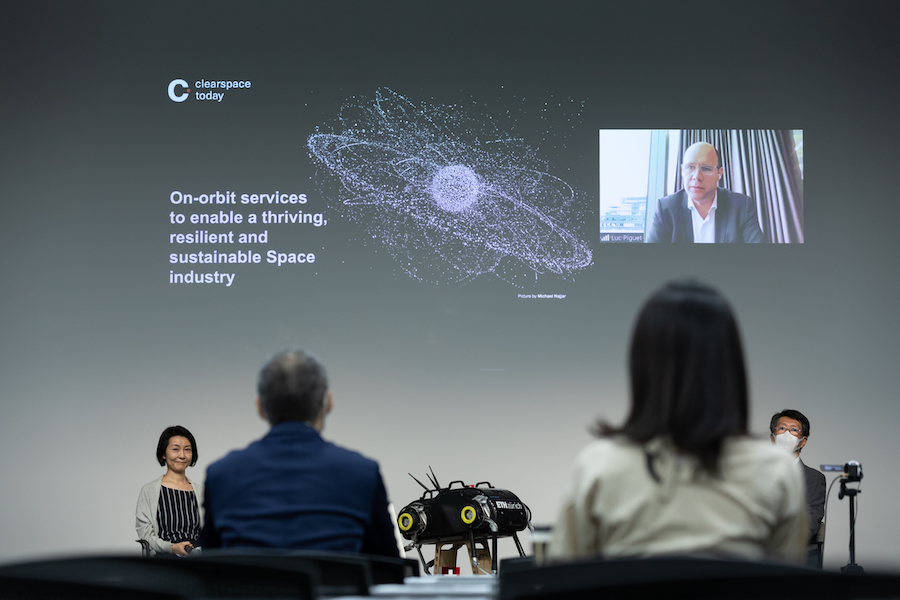 On both experience days at the event location and the two prior days, the organizers held a talk series with Swiss and Japanese researchers about space science. Among the topics were the four-legged robot for planetary exploration SpaceBok, the origami robot MORI, solutions to the space debris problem, and astrophysics and space exploration as career options.

“We are thrilled that the number of visitors to the Youtube talk recordings is continuing to rise after the live stream,” said STOT head Suzuki. “It shows that the great work by eSpace and its members is truly attractive and spreading through word of mouth.” The talks are still online accessible under this link.