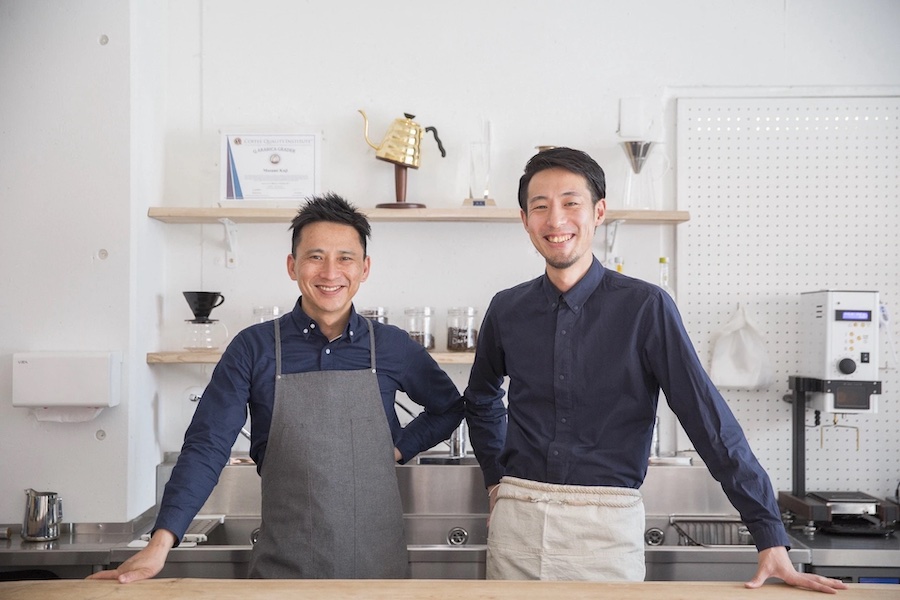 The solutions of the young company from Switzerland promote fair, inclusive, and efficient agriculture from farmers to consumers. Farmer Connect leverages several emerging technologies, such as blockchain, self-sovereign identity, and artificial intelligence.

The Swiss firm is expanding into Asia with the launch of the Japanese version of its Thank My Farmer application. Consumers can find reviews from well-known baristas or opinions from influencers, as well as a series of contests.

As a result of the cooperation, Farmer Connect is onboarding their Ethiopian supplier, Tri-up, and Nandos, their Taiwanese exporter, to bring traceable coffee to their consumers. This partnership marks three new markets for the Swiss startup: Japan, Ethiopia, and Taiwan.

Philocoffea was founded by Tetsu Kasuya, the first Asian to be crowned World Champion at the prestigious World Brewers Cup. Since his championship in 2016, he has coached baristas from around the world to victory. His passion for coffee can also be seen at Philocoffea. With a mission to “enrich the lives of people everywhere through the medium of coffee”, they want to help their customers learn more about their cup of coffee through building an experience around it.

The goal with ThankMyFarmer is to help Philocoffea’s customers transform their relationship with coffee by bringing origin stories to the Japanese coffee lover. By adding an end-to-end traceability solution, consumers can learn more about their cup of coffee, its origins, and its journey from bean to cup.

“Japan is a thriving and discerning coffee market, and we’re proud that our platform will play a vital role in facilitating new and deeper ways for people to learn about and engage with their coffee, supporting our mission to humanize consumption through technology,” said Michael Chrisment, the CEO of Farmer Connect.

The Swiss software is built around a blockchain system developed by IBM that allows business data to be stored and shared securely and confidentially. After raising nine million dollars in March 2021, Farmer Connect continued to expand in recent months and acquired several customers, among them the Japanese coffee company UCC. Additionally, the firm just signed its first Swiss partnership with Lausanne-based roaster The Good Life Coffee. Through its platform, this coffee will become the first fully traceable coffee in Switzerland.

Text: SCCIJ based on a press release of Farmer Connect