Tokyo (SCCIJ) – The Swiss start-up Kandou Bus is successfully taking up one of the major challenges the electronics industry faces – high-speed, low-power connectivity inside and between devices. Despite the pandemic, the spin-off of the Swiss Federal Institute of Technology in Lausanne (EPFL) raised CHF 92 million in its latest funding round, bringing the total investment to CHF 130 million. 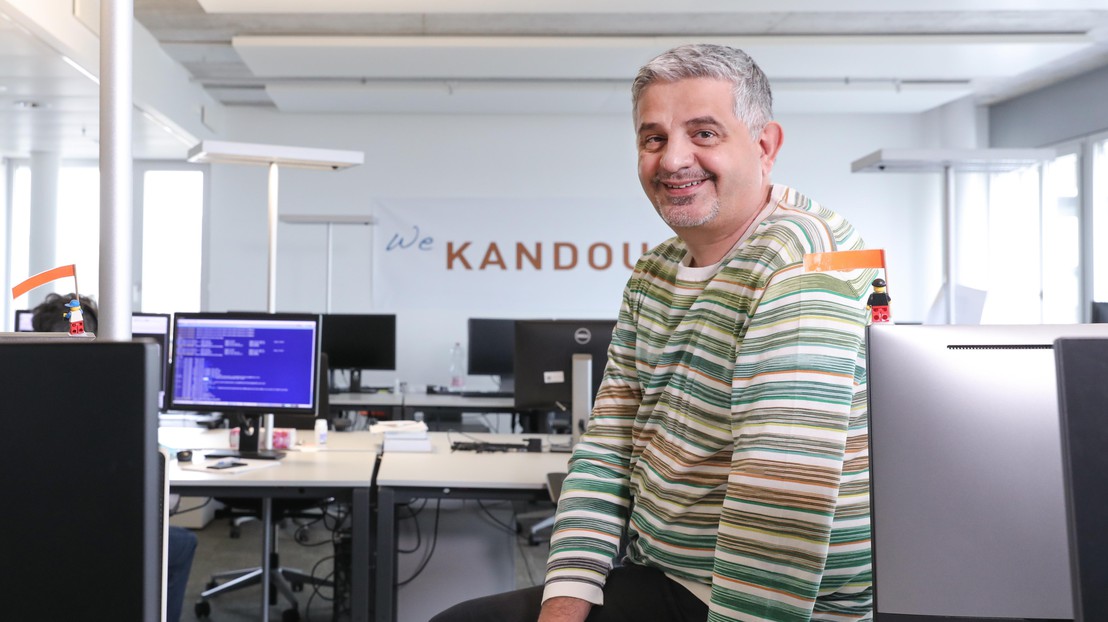 The young company develops IT components that improve the speed and reliability of communications between electronic devices while keeping their energy consumption to a minimum. Founder and CEO Amin Shokrollahi is convinced that their technology could be used in all types of communication systems, including satellites, within the next decade.

The work of Shokrollahi, who specializes in information and signal theory, and Harm Cronie, a former postdoc, led to the invention of ChordTM signaling. The microelectronic industry has integrated this breakthrough technology, which is the basis for the startup, into its specifications. This technology increases throughput by two to four times while halving the amount of energy needed.

Coding algorithm as a secret

Shokrollahi laid the foundation for the spin-off when he was a professor at EPFL. The secret lies in an algorithm that encodes the signal to be transmitted. This technology was the subject of his first patent. Within an hour of the system working for the first time, he thought it would be a good idea to create a start-up. However, Kandou Bus grew much more slowly than initially anticipated.

“When the applications for your invention are in brand-new territory, as was the case for us, then the process is like skiing down a treacherous slope at night with only a flashlight,” the founder explained in an EPFL interview. “You have limited visibility, you have to react with lightning speed and, if necessary, change course without falling over. Under such circumstances, finding your way takes time.”

Marketing of the first chip

Locating the company at EPFL was a strategic choice. Shokrollahi was a professor there and wanted to shuttle quickly between the company and his office. Also, the start-up has a clear advantage in hiring talented young engineers and keeping abreast of research developments. Its current goal is to market the first chip for all USB-C connections by spring. Within a decade, Kandou intends to fabricate finished products based on its technology.

This chip allows for faster, lower-power data transfer between all types of devices: smartphones, computers, external hard drives, and so on. “We’re currently in the final development phase for the high-end version,” he told EPFL News. During this year, the company will roll out other chips aimed at a much larger market. “My goal is to supply chips for all the devices people use to communicate,” Shokrollahi said.

Text: Martin Fritz for SCCIJ based on EPFL material