Tokyo (SCCIJ) – The Swiss medical start-up Terapet has developed a medical device to improve the effectiveness of proton beam therapy against cancer. The young company based in Geneva is now bringing this device from the nuclear lab to clinical reality and coming up with a full-scale prototype. 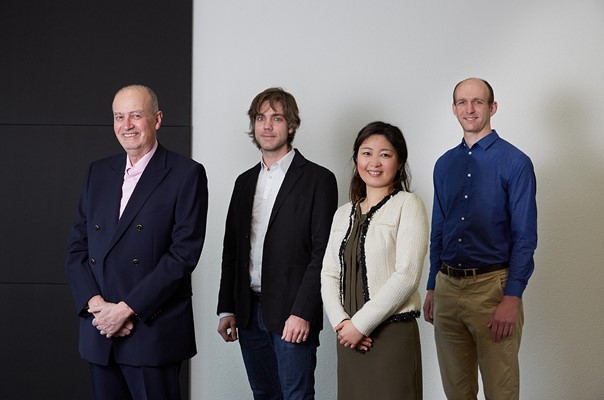 Proton therapy is an advanced form of radiotherapy for cancer treatment. Instead of the standard X- and gamma rays, the treatment uses a beam of protons (ionized hydrogen). This method destroys cancer cells with much higher precision and leaves healthy cells near the tumor unharmed. Hence, this treatment reduces side effects, controls the tumor better, and improves the patient’s quality of life. The Paul Scherer Institute in Villigen offers such a treatment in Switzerland.

But despite more than 30 years of development, no commercial solution has been found for verifying, in-vivo, that the treated patient receives the correct dose, at the right location. This limited the real potential of proton therapy and slowed down its growth. But now, the new Terapet device allows for the first time the monitoring of the delivered proton dose, precisely, inside the patients.

“We want this solution to become an integral part of the next generation proton therapy – safer, more precise, faster, and available for the wider public,” co-founder Christina Vallgren, a native of Sweden, said. After developing a prototype at the CERN laboratories in Geneva, Terapet is now validating it in a clinical environment. For this, the start-up cooperates with the Skandion Clinic in Uppsala, Sweden, the first Nordic clinic to offer advanced cancer treatment using proton therapy.

“The preliminary results look indeed very promising”, explained CEO Vallgren. “Validating our technology with a clinical proton beam is an important milestone and will provide invaluable information for the implementation of a full-scale prototype. And we definitely will benefit from this successful experience for our upcoming Series A Investment round”.

Besides the Skandion Clinic in Uppsala, two other world-class research institutes are now involved in the development of Terapet’s first full-scale prototype: The European Organization for Nuclear Research (CERN) with funds of the Innosuisse Innovation Project, and the Karolinska Institute in Sweden. Besides, Terapet started a three-year research cooperation with the Polytechnic University of Milan, Italy, at the beginning of June.

Japan was an early explorer of this spearhead of precision medicine and has achieved impressive therapeutic successes with some types of cancer. The number of treated people has reached the five-digit range. Currently, there are proton beam therapy centers in Kagoshima, Chiba, and Tsukuba. In addition, Japan developed a beam therapy with heavy ions. However, the accelerator system requires almost the area of a soccer field. Toshiba built a heavy-ion therapy facility called iRock at the Kanagawa Prefectural Cancer Center recently.