Tokyo (SCCIJ) – The possible consequences of the economic policies of the new U.S. president Donald Trump dominated the SCCIJ January Luncheon talk given by Mr. Hiromichi Shirakawa, chief economist at Credit Suisse Securities in Japan. Currency and trade issues would be at the top of the economic agenda between Japan and the United States this year, Mr. Shirakawa told his audience of more than 60 members and guests at the first SCCIJ luncheon in 2017. The annual SCCIJ luncheon series is traditionally started in January with an economic outlook by a prominent economist of a Swiss bank in Japan.

During the first part of his luncheon speech, the Credit Suisse chief economist focused on the U.S. economic outlook where he forecast a pick-up in growth and inflation rates. Due to the expected tightening of labor market conditions, inflation rates would lead higher. The tax cuts and the expansion of infrastructure investment are projected to boost gross domestic product by 0.5 percent annually, he predicted.

At the same time, deregulation of energy, medical and banking industries would strengthen U.S. economic activities as well. “But it is not easy to quantify these effects because it will take some time until they become influential on the economy”, Shirakawa said. Similarly uncertain would be the potential impacts of re-negotiations of trade agreements. 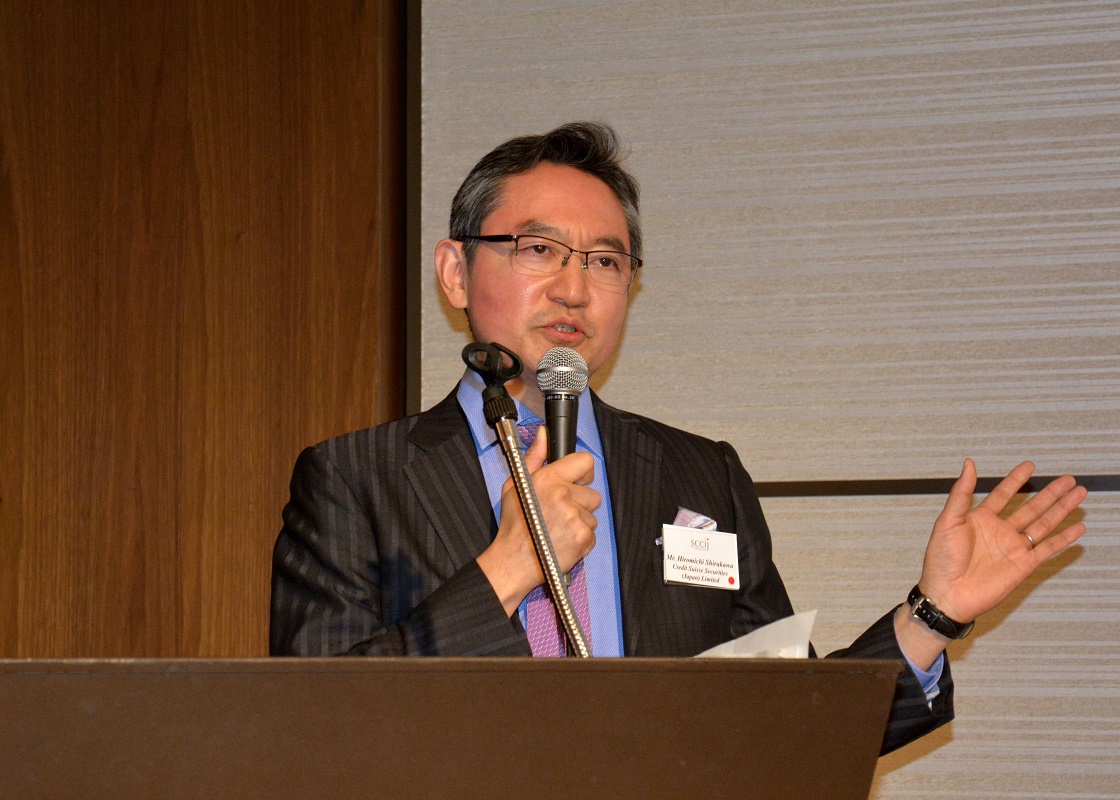 The economist characterized the outlook for the U.S. dollar in 2017 as potentially volatile. The hiking of U.S. interest rates, policies to reduce the U.S. trade deficit and U.S. corporate capital repatriation would be dollar positive. “Negatives are U.S. assertions of currency manipulation and heightened geopolitical risks”, Mr. Shirakawa said. Thus a stronger U.S. dollar in the first half of 2017 might be followed by a weaker U.S. dollar in the second half.

The U.S. policies would be influenced by the slogan “Buy American, hire American”. The U.S. has been buying more than selling, which means less employment in the U.S. This will change under the new U.S. government. China accounts for 47 percent of the U.S. trade deficit, Japan for 9 percent, Germany for 9 percent, the European Union for 10 percent and South Korea for 4 percent.

“The new administration is not necessarily protectionist but looks for a pure ideal trade world with equal tax systems all over the world”, he emphasized. The philosophy of Trumponomics would be 1) “free, but fair trade” and 2) small and efficient management of the public sector leading to less taxes, smaller social security and higher interest rates. 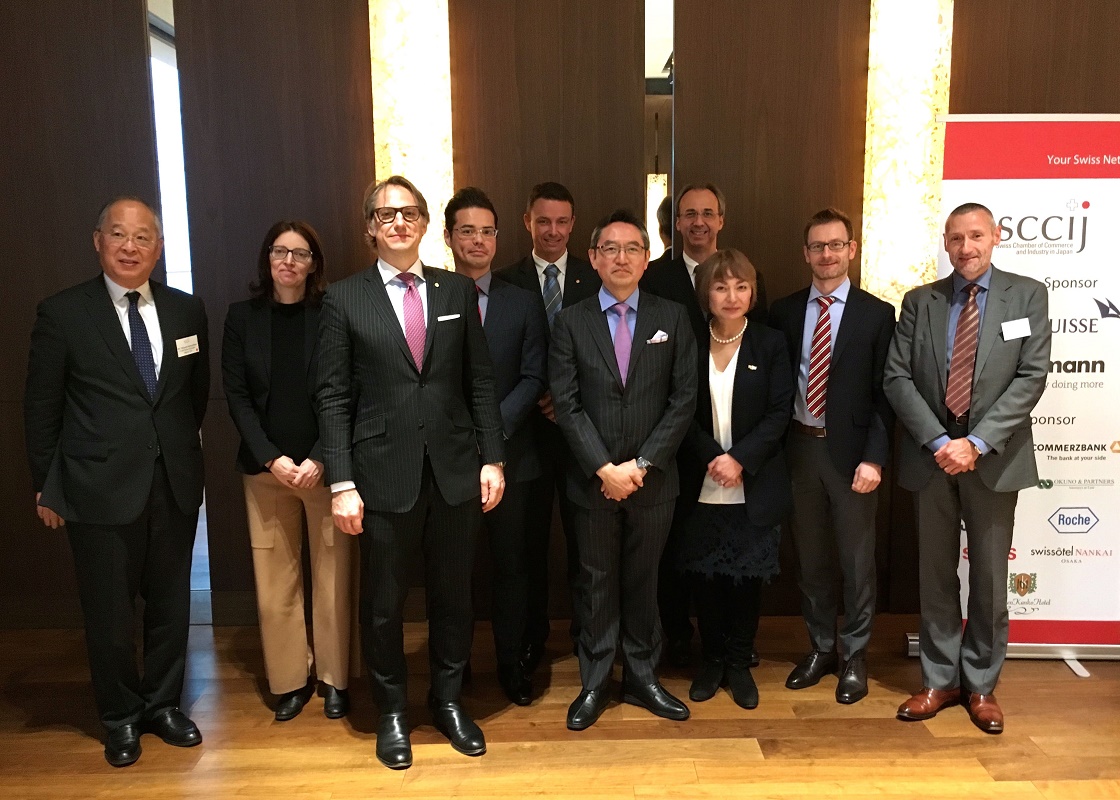 In his outlook for Japan, Mr. Shirakawa pointed to the possibility that trade frictions between the two countries could intensify due to Japan’s persistent trade surplus with the U.S. Such frictions would affect the Japanese yen. One example is that Japan exports more than 1.7 million cars annually to the United States but imports only 20,000 American cars itself, he said.

In order to avoid a sharp appreciation of the yen, Japan would probably need to support the United States in several policy areas. The Credit Suisse chief economist mentioned Japan’s relation to China and Russia, imports from the U.S. and direct investment in the U.S. One way to reduce the imbalance could include Japan’s buying of more U.S. aircrafts.

“One other factor which complicates the situation will be a possible sharp revaluation of the Chinese yuan”, Mr. Shirakawa warned. He was not sure whether Japan would accept a sharp depreciation of the yen against the yuan. According to the IMF, implied power purchasing parity conversion rate for the yuan is currently around 3.5 to the US, implying under-valuation of around 100 percent at present. In the meantime, the Japanese yen is under-valued only 14 percent.