Luncheon: How to grow when the markets don’t

Tokyo (SCCIJ) – At a rare August Luncheon, in cooperation with the Japan-Swiss Society, Mr. Urs Kessler, CEO of Jungfrau Railways since 2008, gave a fascinating talk about his program to develop the Jungfrau region into a top destination of Swiss tourism with a 12 months long high season. The biggest strategic project of the company, the V-cableway, has broken ground in early July. In his speech, Mr. Kessler provided an overview of the history and future of Jungfrau Railways, including global marketing success factors and technological developments of the company, and explained his grand vision behind the V-cableway.

Jungfrau Railways is celebrating its 125-year-anniversary this year because its founder Adolf Guyer-Zeller had the idea for the railway and designed the first sketch of the route. From groundbreaking, it took 16 years and 16 million francs to create Europe’s highest railway station within the Jungfraujoch summit. Today, the Swiss group with eleven subsidiaries aims to be a leading company in tourism and the foremost mountain railway company, CEO Kessler explained at the Luncheon. 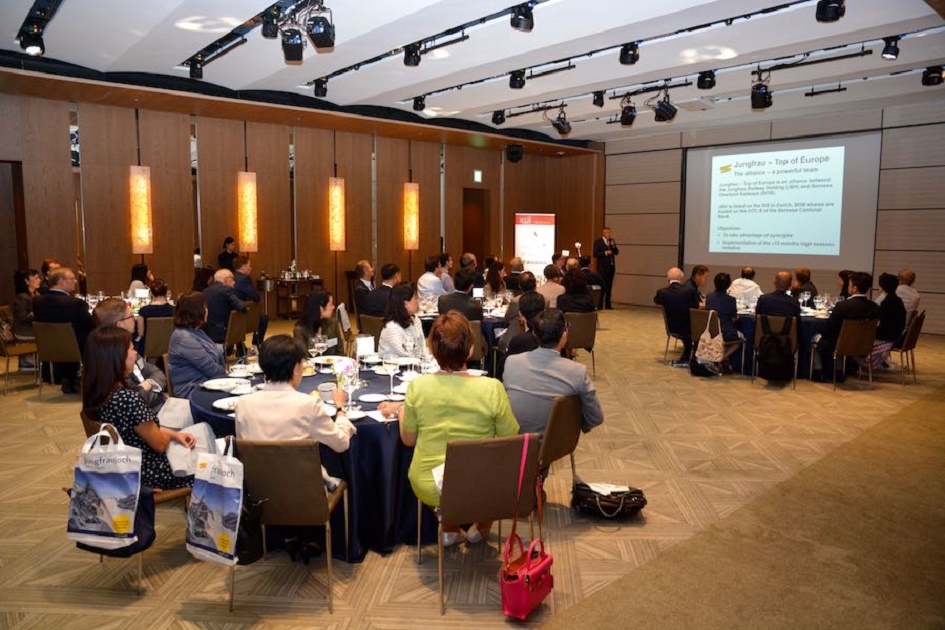 “We are expanding above the average in our field and want to consistently generate innovation,” he said. This would apply to all three business segments Jungfraujoch, mountain experience and winter sports. As secondary supporting fields, he mentioned the Top of Europe shops and gastronomic businesses. In addition, the company would expand into the field of shopping with its V-cableway project. 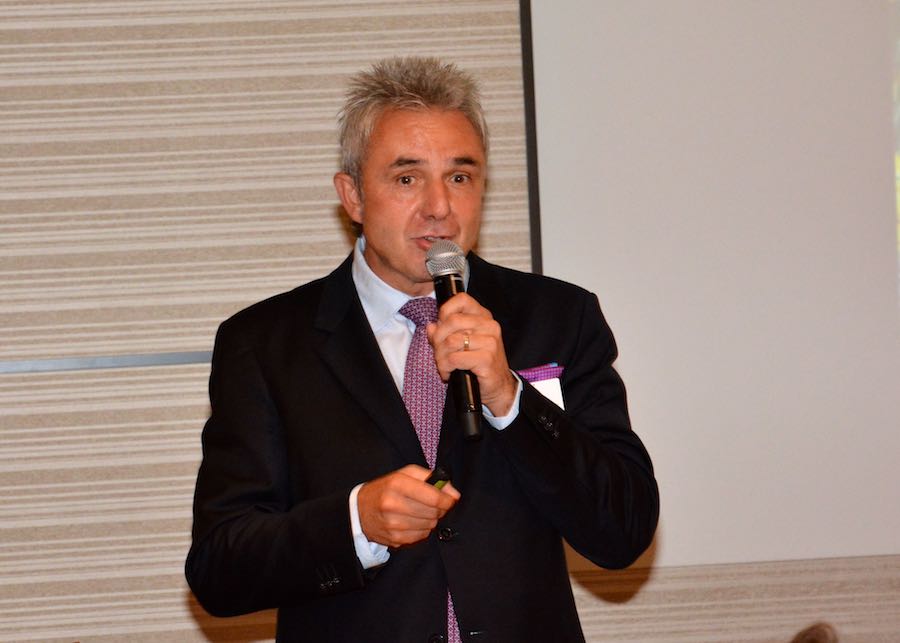 Focus on Asia and Japan

The marketing effort focuses on Asia and Japan, which also caused his business trip to Japan. “Globalization means to profit from economic growth – which is in Asia,” Mr. Kessler stated. Thus, Jungfrau Railways started to build its own network in Asia a long time ago. For example, Ms. Minako Kaneko has been the company’s representative in Japan for more than 20 years now. “Every market in Asia has its own rules and special needs which require us to be on location,” he said.

Among the latest exclusive offers for the Japanese market, Jungfrau Railways has created the “VIP PASS Jungfrau” for 3-day unlimited travel in the region, valid from 13th April to 27th October 2019. Another special offer exclusive to Japan is the “Sunrise Tour to Jungfraujoch”, available from June 1 until August 31, 2019, for early risers from Japan. The tour includes a breakfast at the mountain top.

On offer for Japanese are also daily folklore dinners on Harder Kulm – Top of Interlaken between May and October 2019. Participants can enjoy a typical Swiss folklore performance, while the Alps glow in the background.

The Panorama Flower Trail at Schynige Platte is open from May 30 to October 27, 2019. The Bernese Alps with the famous mountain chain of Eiger, Mönch and Jungfrau are always in view while walking. Mr. Kessler also drew attention to a Japanese postbox at Jungfraujoch which is matched by a Swiss postbox at the 5th station of Mt. Fuji. 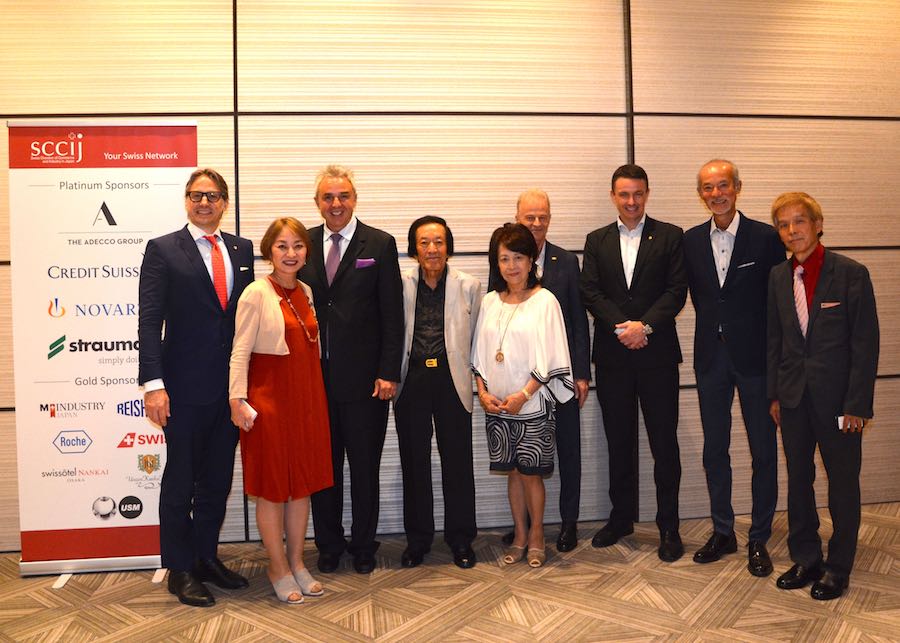 The masterpiece of Jungfrau Railways for the future is called “V-Cable/Eigerexpress” and impresses with an investment volume of 470 million Swiss francs. One idea of the development project is to cut the current travel time from Grindelwald Grund to the Eiger glacier to 15 minutes. The construction work for the Eigerexpress has just started. Operations will commence in December 2020.

“It took six years to realize the project,” the CEO remembered. The reasons: He had to convince not only the shareholders, but also many people living and working in the region.

The project finally started this year. It consists of eight key elements, among them a new railway station in Rothenegg, the replacement of the Grindelwald-Männlichen cable car to double the capacity, a new multi-storey car park and a new terminal in Grindelwald Grund with ski depots, restaurants and a bus shuttle to Firstbahn in Grindelwald, as well as new rolling stock for Jungfrau Railway, Wengernalpbahn Railway and Bernese Oberland Railway.

“We want to have the best terminal of the Alps,” the CEO promised. He summarized his marketing and sales approach for the Jungfrau region by saying: “Think for the long term, decide early, adjust continually, innovate and invest in values and quality as the basis for long term success.” The luncheon audience gave him a big applause.

Mr. Urs Kessler is the CEO of Jungfrau Railways in Switzerland. He completed his training as a marketing planner with a Federal Certificate followed by graduating with a Federal Diploma in Marketing Planning and then attaining the SKU Diploma in Advanced Management.