Luncheon: “An encounter with your emotions”

Tokyo (SCCIJ) – Almost 40 members and guests of the SCCIJ November luncheon enjoyed the presentation of the psychologist Mr. Hitoshi Tamai, a training advisor at Tokyo Mental Health Square (TMS), under the title “Free from Impressions, Persistent Emotions: An Encounter with Yourself”. A short report in Japanese written by TMS is also available here.

The non-profit organization TMS provides counseling and mental support by phone, online, chat, social media, and face-to-face. In spring 2021, the SCCIJ made a donation to TMS and a second organization to raise awareness for mental health issues in the pandemic. 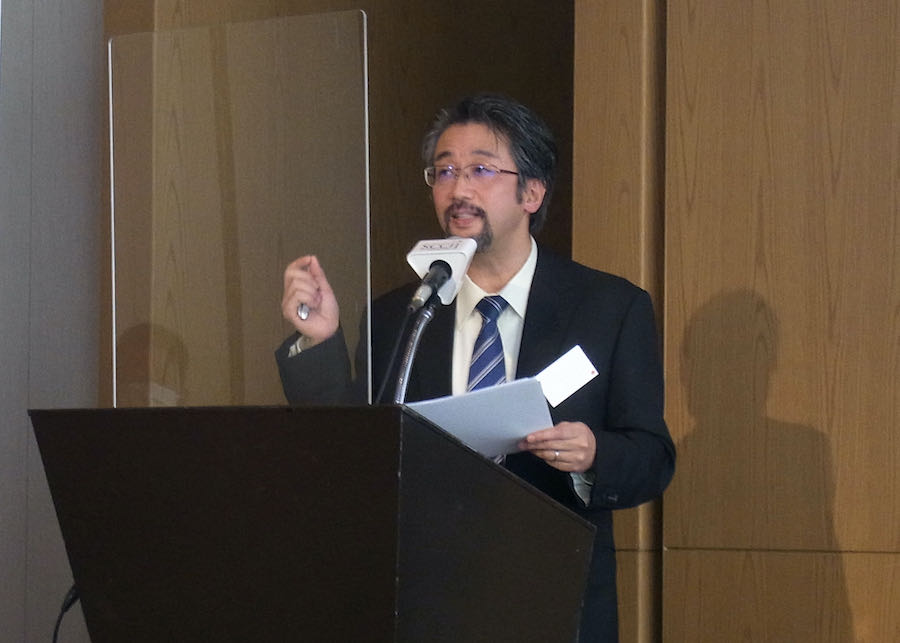 In his luncheon talk, Mr. Tamai presented clues on how one can be aware of one’s way of thinking and feeling and how to proceed to make meaningful changes to one’s life. He started his presentation by referring to child abuse, a widely discussed topic in Japan. “Such offenders are inevitably swayed by their emotions, and driven by impulses. And their action has already been over when they recognize it. I think that is often the case,” the speaker said.

“Therefore, it is important to help people look at themselves, their emotions, and to be flexible in their thinking. They will regain control of themselves and will be able to responsibly adjust their thoughts, emotions, and actions. As they organize themselves well, they know their deep values, try to understand themselves, and develop a proper attitude,” Mr. Tamai explained. “Meaning: the better you get along with yourself, the deeper and more flexible your relationships with other people will be.” 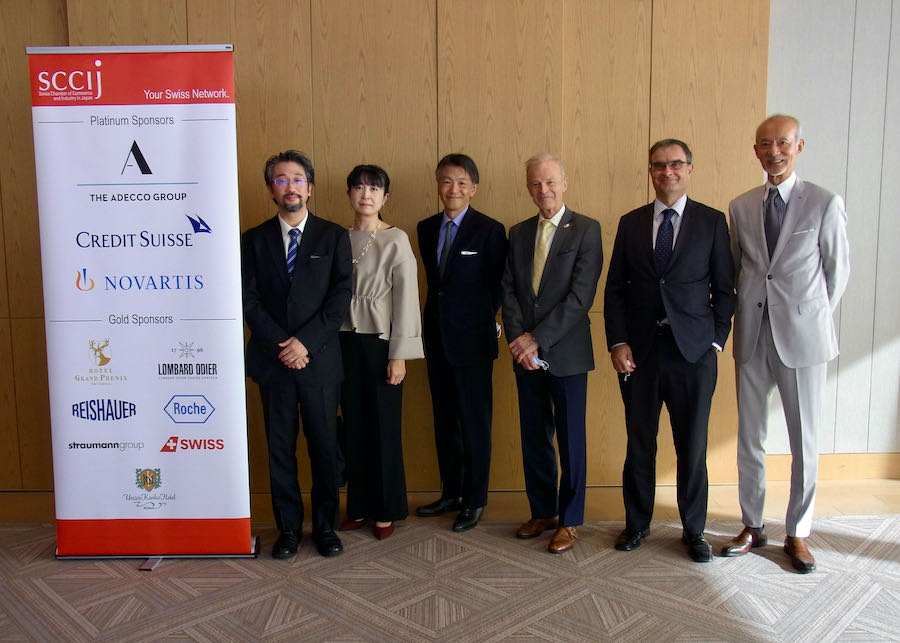 The speaker displayed a picture on the screen that a viewer could interpret as a rabbit as well as a duck. Another one displayed a full-sized marmot. Mr. Tamai asked the audience not to think of marmots for ten seconds and pointed out that this task may be very difficult. “We sometimes want to stop thinking about anything, but we are easily captivated by various things,” he said. “Also, the more you try to suppress them and make them manageable, the more they will come back in some way repeatedly.”

His clients would often be trapped in painful thoughts denying themselves. And they often think that those negative things cannot be changed because they would exist due to their personalities. “I often say that you can’t change your personality, but you can avoid being swayed by your personality”, he stated.

Next, Mr. Tamai was talking about the particular situation of the Japanese people. “We tend to suppress real emotions and adapt ourselves to these rules and frameworks which would be expected. Kendo, Zen, those Japanese traditions have such a strong aspect. It may sound contradictory, but such firm frameworks make people freer and deeper,” he argued. “However, in the recent Japanese general society, such a framework has been loosened, so I think that people are working hard to find a framework that seems to be socially correct.” 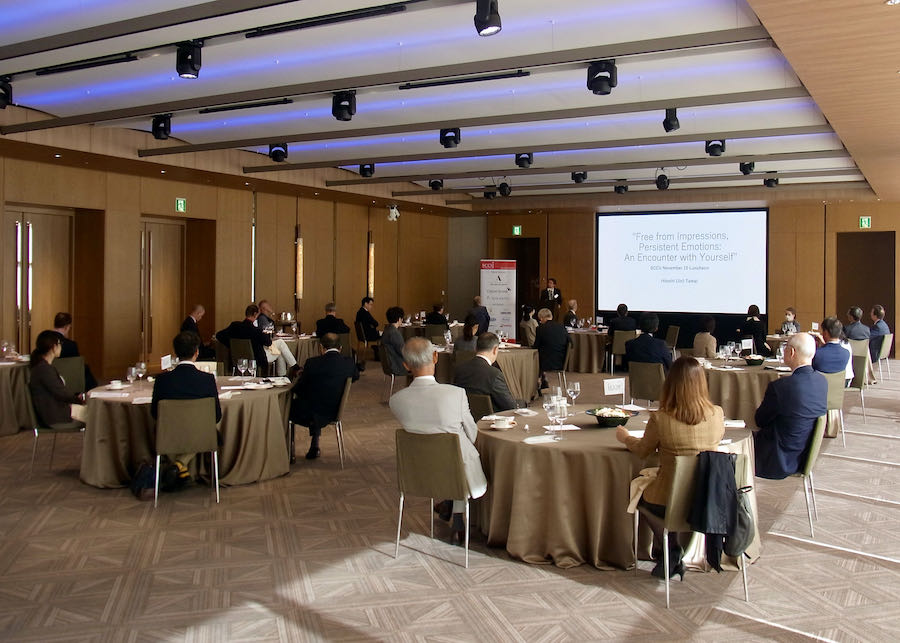 The speaker briefly introduced the concept of self-compassion. “It’s about caring for yourself and fostering that attitude,” he said before introducing three steps. “At first, notice your existing emotions, observe them a little objectively, and be aware of what you are aware of. The second step is to remember that everyone experiences such feelings. And the third, final step is to realize that you have the power to endure that strong emotion and deal with it appropriately. Then you try to remember three options to solve the problem,” he said. “Through these efforts, we will be able to choose the options you want.”

“It is important that such efforts are warm and convincing, rather than rational to persuade oneself. There are always times when emotions rise. It’s not a problem in itself, but by looking back and preparing for it, we can be freer”, Mr. Tamai explained. “The better we interact with ourselves, the better we interact with others. It’s not only technical. More than that, I think you will be able to foster such deep relationships with what you want, what touches your heart, and who you can spend time with.”

Mr. Hitoshi Tamai is a Certified Clinical Psychologist. Having graduated from the University College London, he started working with patients with family problems before focusing his research on the study of human impulses and the recovery from past traumatic experiences. Recently, he also expanded his research to industrial mental health. In 2016, Mr. Tamai shared his expertise to the wider public by authoring a manga called「マンガでやさしくわかる認知行動療法」(“Understand Cognitive Behavioral Therapy Easily with Manga”).