Tokyo (SCCIJ) – Scientists of the Swiss Federal Laboratories (Empa) and the Swiss Federal Institute of Technology Lausanne (EPFL) have developed a fully transparent surgical mask soon to be produced on an industrial scale. Their startup HMCARE has already raised CHF 1 million to develop the manufacturing process for a market launch in early 2021. 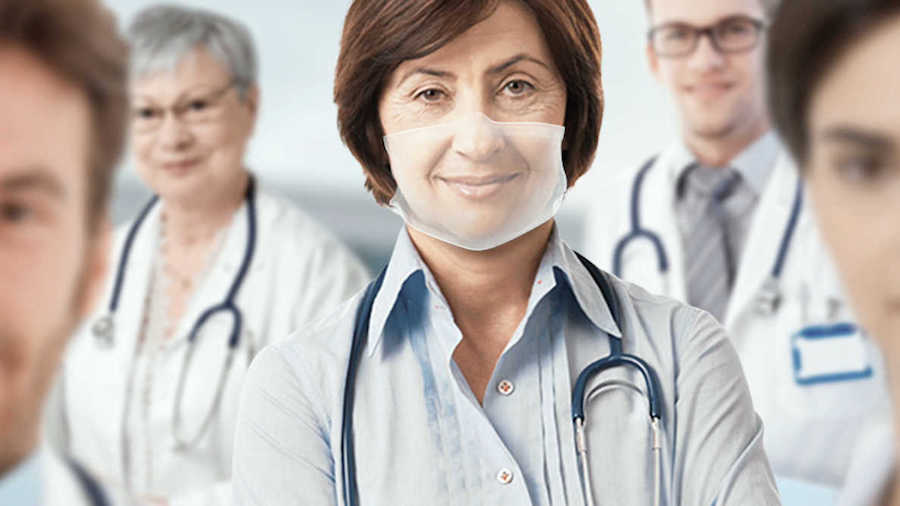 The transparent “HelloMasks” are intended to replace the tri-fold green or white ones that healthcare workers usually wear. This new protection could be worn by anyone, although the masks are designed primarily to make contact between caregivers and patients less impersonal. One cannot make out their facial expressions and hear the words of a mask-wearing person very well. And for some segments of the population – like children, the elderly, and the hearing impaired – the masks are a major obstacle to communication. That’s why a team of researchers from Empa and EPFL’s EssentialTech Center started working on a completely transparent surgical mask.

The scientists spent two years finding the right combination of transparency, resistance, and porosity for the substitute material. Because the new masks will be disposable for optimal efficacy, like existing surgical masks, the researchers focused on finding a material that was either recyclable or biodegradable. They eventually came up with a membrane made from a polymer developed specifically for this application.

“We can produce fine electrospun membranes with a pore size of about 100 nanometers,” explains Empa researcher Giuseppino Fortunato from the “Biomimetic Membranes and Textiles” lab in St. Gallen, who developed the material together with Empa researcher Davide Barana. The architecture of the fibers creates extremely small gaps that allow air to pass through but hold back viruses and bacteria. “Our masks are made at 99% from a biomass derivative, and we’ll keep working on them until they’re completely eco-friendly,” says Pelet. 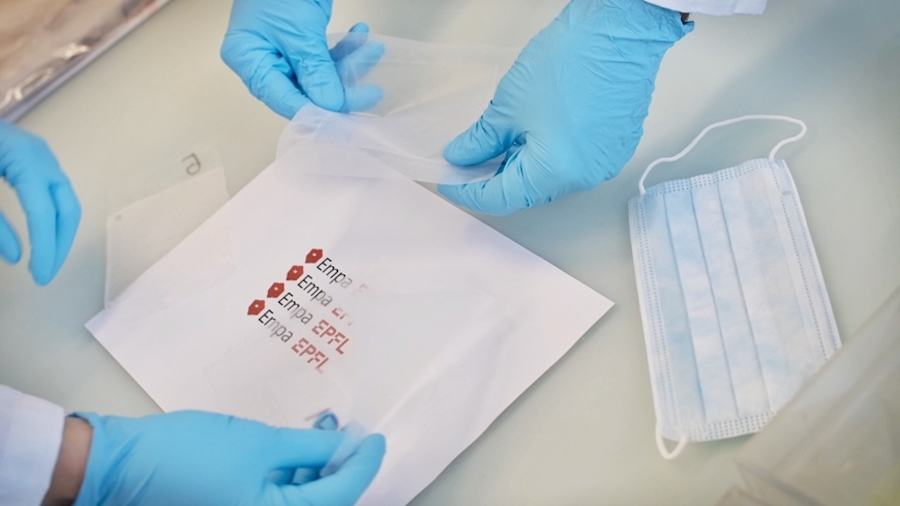 The masks are the result of two-year-long cooperation between two Swiss scientific institutes (© EPFL).

Origins with a storyteller

The idea came when Klaus Schönenberger, the head of EPFL’s EssentialTech Center – whose mission is to help transfer modern technology to developing countries – was working in western Africa during the 2015 Ebola outbreak. “It was touching to see that nurses – covered from head to toe in protective gear – pinned photos of themselves on their chests so that patients could see their faces,” he says.

The following year, Schönenberger was approached by Thierry Pelet, now the CEO of the start-up, and Sacha Sidjanski, a project manager at EPFL’s School of Life Sciences, with an initial design for a transparent mask. Recalling his experience in Africa, Schönenberger didn’t hesitate. Pelet and Sidjanski were inspired by Diane Baatard, a former storyteller at the Geneva University Hospitals, who found it unfortunate that the seriously ill children she entertained couldn’t see her facial expressions as she spoke.

The surging demand during the Corona pandemic also made fundraising easier for the startup. The research on HelloMasks was initially funded by close to a dozen non-profit organizations and later by an Innosuisse grant. While the masks will first be sold to the medical community – dentists have also expressed an interest – they may eventually be marketed to the general public.

While the research team initially planned to fabricate their masks in Asia, they are now considering keeping production local, in Switzerland. Several companies – including HMCARE – are planning to build surgical-mask plants in the country to meet the surging demand caused by the pandemic. Pelet is in talks with several other businesses and public-sector organizations.