One of Alain Delfosse’s favourite Japanese films is ‘The Apology King’, a 2013 comedy starring Sadao Abe as a man who makes his living teaching people how to say sorry for their mistakes. During his 17 years working in the financial sector in Japan, Delfosse has made a few memorable apologies, which the film helped him see the funny side of. 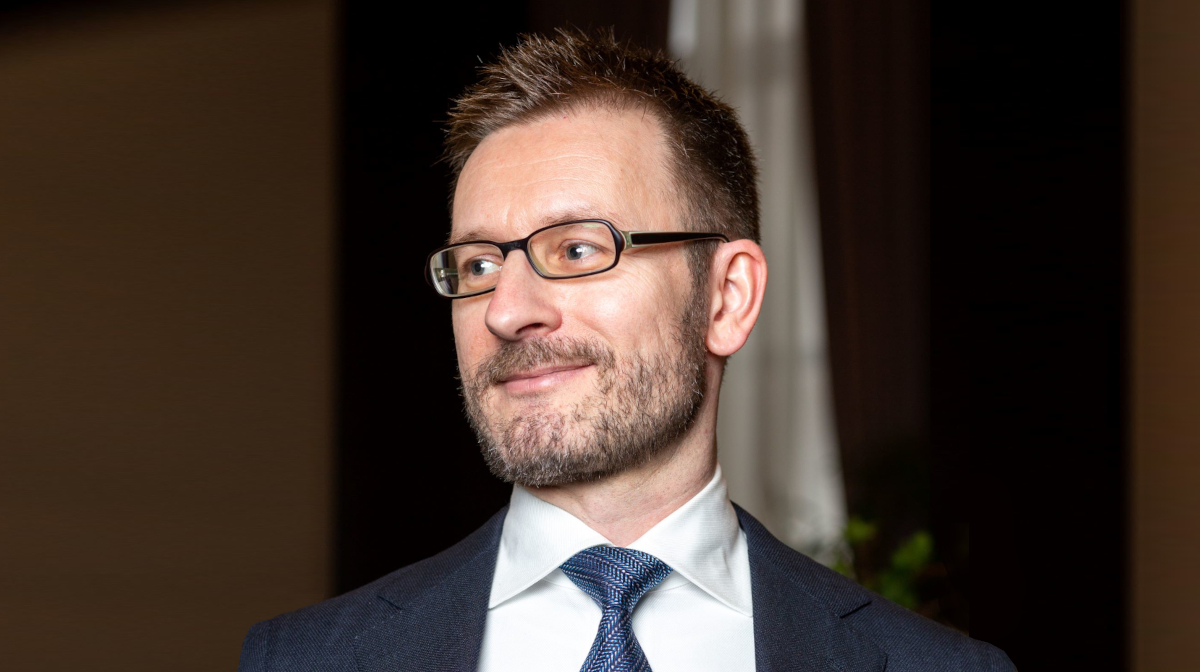 His first taste of Japan was at the end of a Trans-Siberian Railway journey, when he landed in Tokyo by ship from Vladivostok in 1992. Delfosse travelled around the country and was immediately smitten with Japan and its people, impressed by the varied geography of mountains and oceans, the volcanoes, onsen, the different climate zones and the food.

“I was also fascinated by kanji, the Chinese characters, and wanted to crack the puzzle, to unlock the secrets of the script,” recalls Delfosse.

On his return to Switzerland he took Japanese classes while studying for an MA in political science and economics at the University of Zurich. During his course, he won a scholarship to Kyoto’s Doshisha University, where he spent a year further developing his language skills before returning to graduate in 2001. After an internship at Goldman Sachs in Zurich, Delfosse was able to again indulge in one of his enduring passions, travel, visiting Southeast Asia and South America.

Set on a career in finance, his intention had been to join a bank, but a hiring freeze in the aftermath of the bursting of the dotcom bubble put paid to that. He joined Telekurs, now the SIX Group, and has no regrets about taking another route in the finance sector. After just a little over a year with the firm, a position came up in Tokyo, which Delfosse’s knowledge of the country and language helped him land despite his inexperience.

Relocating to Japan in 2003, he found himself embarking on a crash course in “the level of service that is required” from Japanese clients. “We provided financial information to banks and asset management companies, and each price or data set would be compared with those from Reuters and Bloomberg. If the closing price on a stock was different by 0.01 then the customer would expect an explanation and an investigation into why,” explains Delfosse.

When something significant really did go wrong, Delfosse had to become versed in the ancient Japanese art of saying sorry.

“Once, I had to go to a customer to apologise, and was told by my staff that I had to bow very deeply and count slowly to five before I came back up. It felt totally out of place, I don’t think a Japanese person would expect this from a foreigner. Then there was no reaction from the customer. I wanted to ask him ‘How was my apology?’” recalls Delfosse with amusement.

On another occasion, after his company suffered a 20-minute service outage, Delfosse was called in to a financial institution customer by a head of department, who certainly did react to the apology.

“He shouted and shouted at me like a mafia boss, using the most vulgar language you can imagine. I assume he did this to put on a show to his staff, who were all lined up watching this.”

Delfosse had to decode less direct barbs when his CEO visited Japan for a meeting with his counterpart at one of their customers. “I told my CEO to ask him how satisfied he was with our service. The other CEO thought for a minute and then replied ‘It’s European quality,’ with a smile on his face.”

Delfosse’s CEO assumed this was a compliment, until it was explained that he meant it was not up to Japanese standards. “I had to tell him the other CEO wasn’t thinking of a ‘Made in Switzerland’ image when he said it. He was very confused once I explained. But he laughed afterwards and had a really great time in Japan.”

After nearly 16 years at SIX Group, Delfosse became Japan head of inter-bank payment company SWIFT in 2018. There he relishes the challenges of responding to the rapid changes taking place in the payments space, driven in part by technology, regulation and changing consumer expectations. He sings the praises of SWIFT gpi (Global Payments Innovation), a service recently deployed by the company.

“In the past it took two or three days for payments to clear and you didn’t know if it had arrived…Now, 50% of global remittances can be settled in 30 minutes using SWIFT, and a tracker system, like the ones for parcels, allows you to see where a payment is at every stage.”

Delfosse says working from home during the pandemic has posed few problems for SWIFT, unlike the situation at some Japanese financial institutions, which “sometimes don’t even have a laptop to give each employee; they don’t have the infrastructure in place for remote work.”

“I don’t see a full return to the office after this,” he opines. “I think the office will be a place where employees collaborate, build camaraderie and meet clients.”

During his 17 years here, Delfosse says he has “gone through a lot of phases” regarding being a foreigner in Japan, including being irritated by the repeated formulaic questions about what his home country is like.

“Japanese people really appreciate you speaking the language, but sometimes can be suspicious if it’s too good. I don’t try to imitate Japanese people in the way that I speak. It’s different in Europe, where immigrants are expected to assimilate. In Japan, you’ll always be a foreigner.”

“In the beginning, I thought I would be accepted if my Japanese was good enough, but that didn’t work out. Now I’ve embraced my Europeanness.”