Swiss beef products back in Japan

Tokyo (SCCIJ) – Effective October, Japan has agreed to once again allow Swiss beef products to enter the country. This opening enables the return of Swiss dried meat to Japan, including the famous Bündnerfleisch, also known as Bindenfleisch, Grisons Meat, or Viande des Grisons, made in the canton of Graubünden, Switzerland. 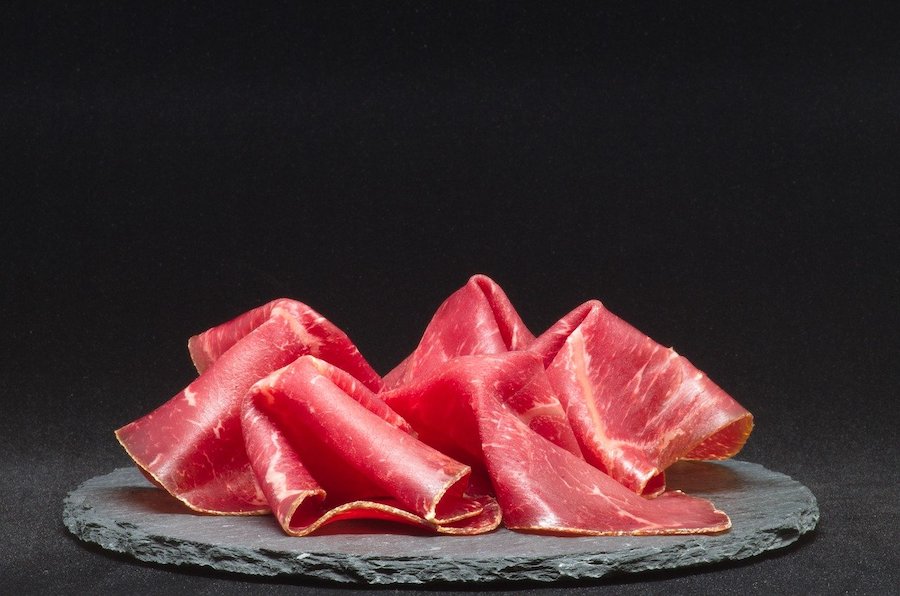 Beginning this fall, Swiss beef producers can export not only fresh beef but certain processed beef as well to Japan. Switzerland’s Federal Food Safety and Veterinary Office has to register each prospective exporter with Japan’s Ministry of Health, Labor and Welfare and certify that it meets the agreed hygiene standards for beef products.

Swiss beef products had been banned access to the Japanese market for years, a policy that finds its roots back in the BSE cattle disease crisis some three decades ago. This market re-opening means that consumers in Japan can once again taste Swiss dried meat, including “Bündnerfleisch” from eastern Switzerland’s canton of Graubünden.

The change of import rules comes at a time of renewed appetite for dry-aged beef in Japan, exemplified by the sold-out opening of a Japanese subsidiary in Ebisu of the steak house Peter Luger from New York. The main ingredient of Bündnerfleisch is beef without any fat and sinews. After seasoning, the initial curing process lasting three to five weeks takes place in sealed containers stored at a temperature close to the freezing point.

Beginning in 2013, Switzerland intensified negotiations for the beef ban to be lifted. In July 2016, the Japanese authorities agreed that fresh beef exports may resume. The Embassy of Switzerland in Japan has been facilitating communication between the two sides throughout the process, which in the final stages included Japanese officials visiting Switzerland for inspections about one month before the start of the COVID-19 pandemic.

The two countries agreed to a revised Export Verification Program and a health certificate, which define the parameters of exporting beef and beef products from cows no more than 30 months old to Japan. These documents are effective as of 30 September, the Foreign Ministry of Switzerland said.

Until that date, only the United States, Canada, France, and Brazil were allowed to export beef products to Japan, according to the website of the Japanese Ministry of Health, Labor and Welfare. Meat and meat products constitute more than 20% of total Japan’s agri-food imports in terms of value. Beef imports are dominated by the USA (50%) and Australia (45.5%).

The suspension of the import stop for Swiss certain beef products is already the second achievement of Swiss food diplomacy. Last year, Switzerland became one of only four countries that have agreed with Japan to simplify the trade of organic animal products.

Both countries mutually recognize their organic standards for animals and products of animal origin. The extended arrangement significantly improved the trade rules between Switzerland and Japan and promoted trade in organic agricultural products. Besides, this new agreement also improved the market access to Japan for Swiss exporters of organic products.

Text: SCCIJ based on material of Swiss EDA