Zurich offers the most “inclusive prosperity”

Tokyo (SCCIJ) – The top spot of the new “Prosperity & Inclusion City Seal and Awards” index, PICSA for short, has gone to Zurich. The Swiss metropolis did achieve earlier high and top rankings in other city indexes for the standard of living and the wealth of its inhabitants. But the PICSA index measures the quality of economic growth and how much of it is attributable to the various sections of the population. The Australian consultancy D&L Partners compiled the index on behalf of Basque institutions. 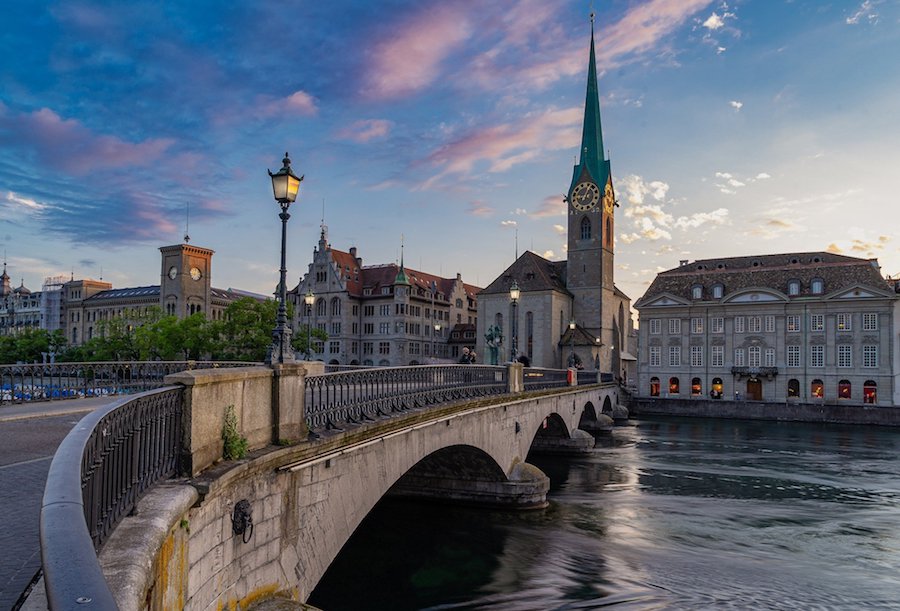 The survey covered 113 cities worldwide, 15 European cities in the top 20, North America four times, and Asia once – Taipei at rank #6. In all the criteria examined, Zurich scored outstandingly, particularly in terms of quality of life, work, housing, leisure, security, and education, with the Swiss higher education system receiving particularly positive ratings. Geneva at #10 is the second Swiss representative in the Top 10. The first Japanese city, Tokyo, achieved rank #39. The full results are available here.

The top-ranking of Zurich may correct a widespread cliché that the city profits from many wealthy inhabitants but suffers from a wide gap between rich and poor. According to Bruno Lanvin, founder and CEO of D&L Partners, speaking at the award ceremony at the Guggenheim Museum in Bilbao, Zurich is a modern, global city with a future orientation. This reference would be reflected in the Swiss government’s commitment to research.

The fact that Zurich distributes its prosperity relatively well among almost all its citizens is not unexpected, neither for residents nor for tourists, the Swiss national newspaper Neue Zürcher Zeitung wrote in its report about the top ranking. There would exist no segregated slums, banlieues, or no-go zones in the city or its agglomeration belt. The public schools and universities would convince throughout the town. Neither wealthy nor more impoverished families would move to private instead of public schools.

The open labor market of Switzerland is one of the causes of low unemployment, despite wages for unskilled jobs among the highest worldwide. Even Europeans and Americans would be usually astonished when they learn that sales staff at major distributors in Zurich hardly ever earn less than CHF 4,000 a month, the newspaper said in its report. On the contrary, the combination of high employment rates and high wages for the unskilled would ensure a relatively balanced distribution of income, even before taxes and social benefits.

Why do cities matter?

The study shows that the wealthiest cities in the world do not perform well in assessing the overall prosperity of society because they often fail to create integrative economic structures for their citizens. For example, the American metropolis of New York, the wealthiest city in the world according to the list of the magazine “Forbes”, only ranks 38th in the PICSA index, while London has to make do with 33rd place.

Cities play a unique role in creating inclusive prosperity because they are the main engines of economic activity, possessing the agility and skills base to respond to new market opportunities. Inclusive cities nurture people’s skills, creating an environment that expands opportunities for everyone regardless of status. They also attract talent with their infrastructure, competitive market conditions, collaborative opportunities, and lifestyle possibilities, the Australian consultancy D&L Partners argued. CEO Lanvin emphasized as central aspect of the new index that inequalities can trigger and fuel instability even in wealthy cities.