Webinar: The “Next Normal” after Covid-19

Tokyo (SCCIJ) – Over 60 members and guests of the SCCIJ joined a webinar about the new major trends caused by the Covid-19 crisis. The speaker David Bosshart, CEO of the Swiss think tank Gottlieb Duttweiler Institute, talked about the lessons of the crisis and discussed the resulting major global changes affecting consumers and managers. 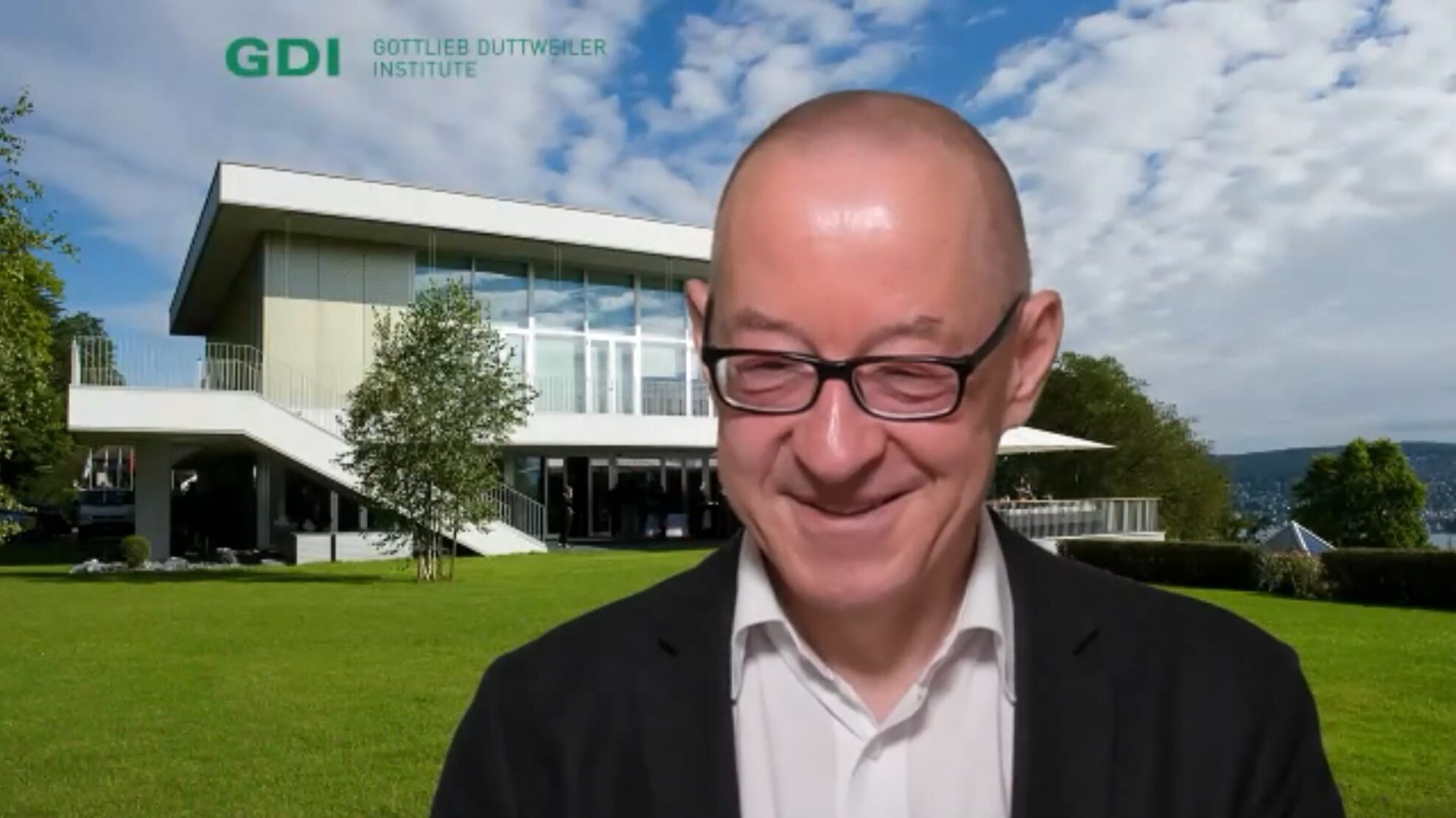 At the outset of the webinar, Bosshart pointed out that the coronavirus had accelerated many earlier trends: “This is particularly true for the 5 D’s: deglobalization, debt, deflation, digitization, and demographics.” He predicted three main phases during the coming two to three years – crisis, semi-normal, and next-normal with overlaps and swing backs. “Both Switzerland and Japan are currently entering the second phase,” he stated.

The crisis phase was characterized by short-term changes in consumer behavior like bulk-buying and “senior hours” in supermarkets. The semi-normal phase features medium-term changes in consumer behavior, for example wearing masks and not shaking hands. The final phase of next-normal would see long-term changes like enforced hygiene standards, distancing mindset, and no-touch points everywhere. “As a result, social norms first became unclear, now, they are changing, and finally, new norms will gain acceptance,” he predicted.

Bosshart defined the second stage (semi-normal) as an economy limited by the virus and identified four patterns of spending: Aggressive (you only live once), conscious (a little less but better), thrifty (job lost, survival mood) and normalized (living as if nothing happened). The final phase (new-normal) of a post-virus economy might see a different mindset of the consumer about “good” life. “We depend more on the virtual world, and people are using phones and screens more for work and entertainment,” he gave as examples.

As a result of the social distancing during the pandemic, urban density may have reached a tipping point. The Japanese learned that crowded spaces may not be good for their health, where people in Switzerland already despised very dense commuting. “We may see physical checking of health features like the body temperature before entering buildings, smaller communities, and fewer mass gatherings,” Bosshart speculated.

Another consequence of the crisis is new space arrangements in the office. “Most people like to work at home, which may cause the ‘rewilding’ i.e. greening of traditional meeting rooms.” One challenge of more video meetings for managers would be to keep the participation and engagement of the employees at a high level. A possible winner of the new focus on workplace wellness could be 5G. The “next-normal” phase could also become a period of redefining domesticity and hospitality. “The family became the management team, with the woman as the head, but family members would now better understand the needs of everyone.”

Bosshart also expects a change in eating habits away from red meat and starchy vegetables to more plant-based nutrition. Japan would be on the safe side because during the last decades its meat consumption did not increase as much as in other countries. “Also, we will see more regional and local food, and more people will grow their vegetable,” he said. Other keywords of the next phase are urban farming with food production closer to cities and more food deliveries because of the contagion fear in the consumer mindset.

Rise of the robots

Also, the shift to automation will accelerate. In particular, Bosshart named autonomous delivery systems, floor care robots, self-checkout kiosks, and last-mile automation. “Robots are immune and do not need protective gear which are overwhelming advantages,” he said. Other trends may be the stronger use of digital payments and the transformation of brick and mortar stores into a forward warehouse or kitchen to fulfill and deliver online orders. “Luxury sales might move from flagship boutiques to living rooms and hidden places.”

In summing up his arguments for the next-normal phase of the pandemic, he named leadership as a key. “Be faster, more flexible, and more precise, accelerate and integrate digital innovation,” he recommended. The best tech and human complementarity would win. At the same time, cultural differences would prevail. Bosshart was quite optimistic for the future: “We have the processes and learnings to contain a possible second wave very fast, and people have ingrained in their habits that they have to be cautious,” he argued. But there would be limits: “We can have 80% of former normalcy back, but not 100%.”

Dr. David Bosshart is CEO of the GDI Gottlieb Duttweiler Institute for consumption, economic and social studies, Rüschlikon/Zurich. He is the author of numerous publications and a speaker at international events in Europe, America and Asia. His expertise is focused on consumption and consumerism, retail and supply chain, artificial and human intelligence, data wealth and data scarcity, globalization contradictions and political philosophy, management, and social change.