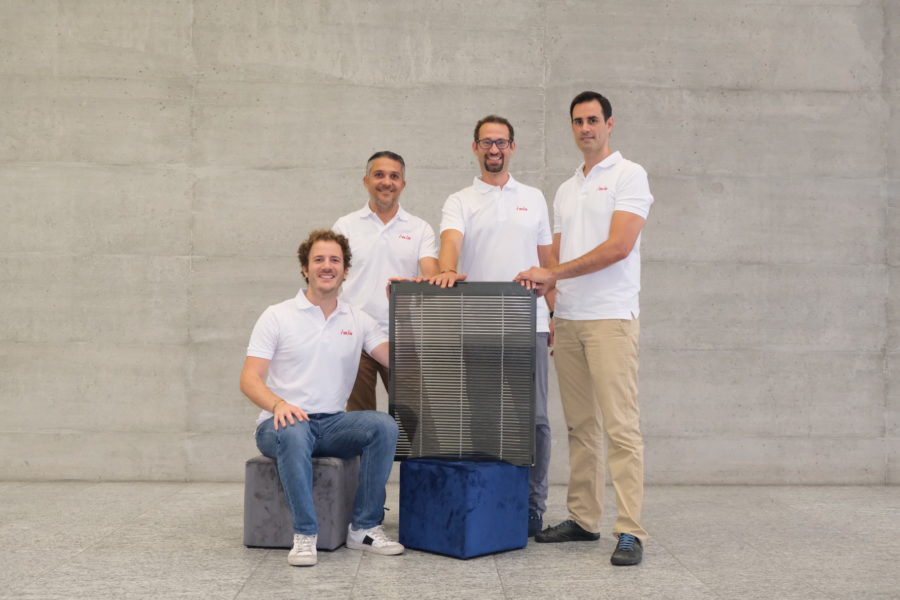 Buildings are one of the largest energy consumers in Europe, responsible for approximately 40% of energy consumption and 36% of the CO2 emissions. In order to make the global real estate market more sustainable, iWin invented a patent-pending solution to turn multi-storied and highly glazed buildings into sustainable power plants. It consists of thin film photovoltaics solar cells on a venetian blind inside a two glasses-enclosed chamber with an easy installation framing structure. This device can retrofit conventional insulated windows or be installed in new Zero Energy Buildings. 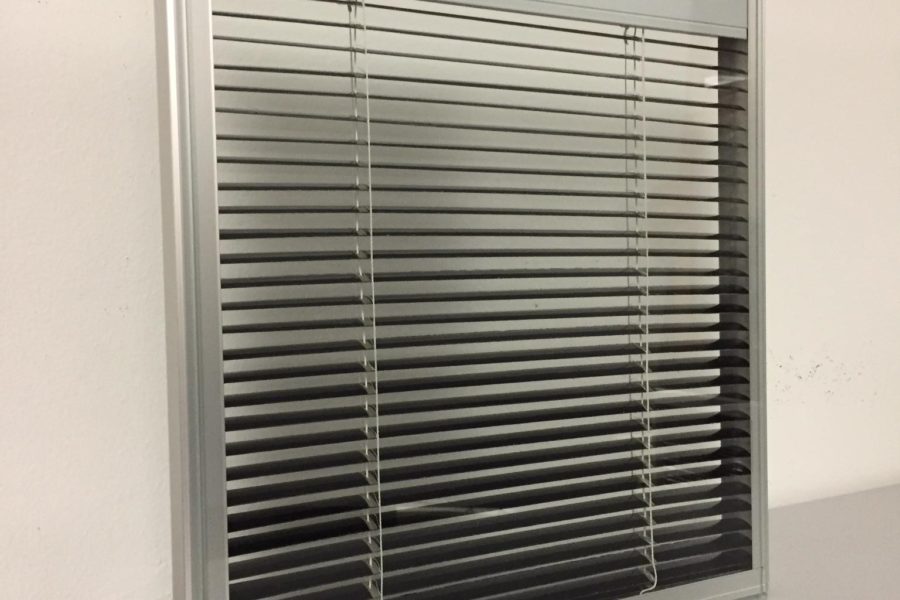 Prototype of the iWin device which doubles as a power plant, a window and a shading blind (© iWin).

Traditional rooftop photovoltaic solutions do not meet the energy requirements of multi-story buildings. The use of transparent facades in highly glazed buildings usually comes with a higher operational cost, as the incoming solar radiation is not properly managed and causes overheating. The typical internal blinds improve the visual comfort but keep the solar heat in the indoor space and require additional cooling.

iWin final customers are real estate developers, building owners, and public authorities. The startup filed its first international patent in 2018, and the first working prototype has been measured and validated at the University of Applied Sciences and Arts of Southern Switzerland. iWin will use the CHF 150,000 Venture Kick funding to finalize a minimum viable product that allows the startup to enter the market.

“The boost received by Venture Kick was incredible. It is not just about the excellent network or the financial support but also the personal and professional growth during the acceleration program,” said Paolo Corti, co-founder and CPO. This month, the Swiss Climate Foundation chose to support iWin as one of three companies in the construction sector.

Text: SCCIJ with material of iWin