Tokyo-Haneda catches up to Zurich in airport ranking

Tokyo (SCCIJ) – Tokyo-Haneda has become the closest competitor of Zurich in the annual airport ranking of the Swiss business paper “Handelszeitung”. The Tokyo city airport rose one rank and claimed the fourth place, whereas Zurich as the best European airport has kept its third position. The Swiss and Japanese air traffic hubs were only beaten by the Asian airports Singapore Changi and Hong Kong. The ranking results are based on a survey of 68 Swiss frequent flyers and aviation experts, the ratings of relevant specialist publications and test portals (including Skytrax) and personal experiences of “Handelszeitung” staff members. Among the evaluation criteria are check-in and security speed, cleanliness, the number of seats at gates, friendliness of staff, public transport connections and shopping experiences.

The fourth-placed airport Tokyo-Haneda received 66 points – only two less than Zurich – and scored with a number of positive features. Its high ranking is partly based on its friendly airport staff and the excellent cleanliness of the airport and the toilets. “Here it is so clean that you could eat directly from the floor without any problems”, the Swiss paper quoted a manager from the aviation industry.

Another plus is that passengers can reach within a very short time downtown Tokyo with public transport. Thanks to the monorail connection, the city center is only 13 minutes away. Also, the risk of landing without luggage is the lowest in Haneda – baggage is never lost on departures from this flagship Japanese airport. Only the leisure and shopping offer left much to be desired, the Swiss paper reported. 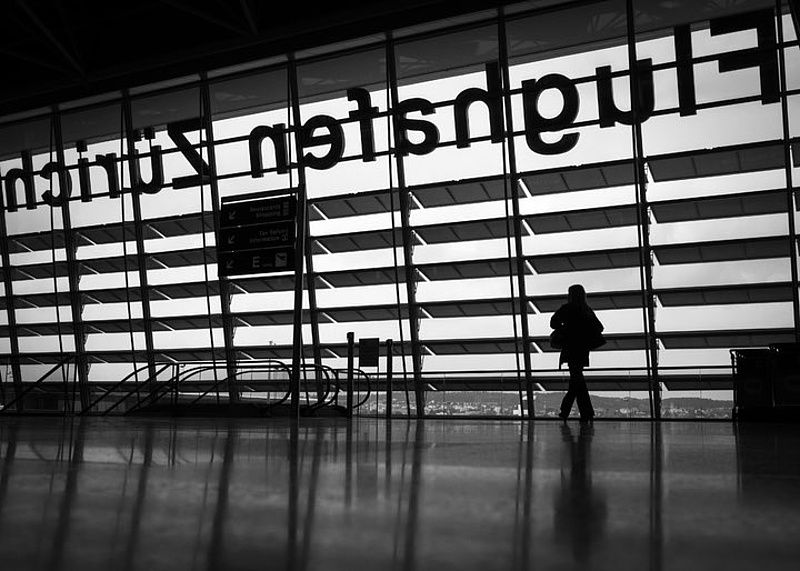 In its assessment of Zurich airport, the Swiss business paper mentioned particularly the clear signposting, the largely satisfactory passenger flow, the open-air areas of the dock E lounges and the exemplary connection to public transport. Such features would all contribute to a stress-free overall experience in Zurich.

The cleanliness and helpfulness of the airport staff would also be mainly positive. The Swiss Arrival Lounge would be appreciated by all those who land in the morning in Zurich and cannot yet check in to their hotel or who go directly to a meeting after the flight, the paper explained.

The initial chaos in the introduction of automated passport control with poorly prepared and overburdened personnel has now dropped to a sizeable level, the report said. But entry clearance could still take up to 45 minutes. Another weak point of Zurich airport mentioned was the underground train to and from terminal E which would be often full.

For years, the leader of the “Handelszeitung” airport ranking has been Singapore Changi. At the end of October last year, it improved further with the opening of terminal 4 which features a highly automated departure process. The airport makes extensive use of fingerprint and face recognition technologies, and automated check-in and boarding actually works smoothly. Only the security check is not possible without human control. But laptops no longer have to be taken out of hand luggage.

Hong Kong International Airport maintained its second position. But the 68 evaluating experts found some flaws: too few seats and retreats in the terminals, because more and more square meters of direct revenue must be generated, and excessive waiting time at the baggage claim. 30 to 90 minutes are now standard. This looks like an opportunity for Zurich airport to claim the second spot in the ranking with the opening of its new service center called “The Circle” by the end of 2019. This will make Zurich into one of the few airports in the world with its own park.

The complete ranking can be viewed here (in German).