Tokyo (SCCIJ) – The Swiss government is building an eco-friendly infrastructure for an innovative freight transport system for small goods. The tunnel network called “Cargo sous terrain” will span the whole mountainous country and relieve cities of some car pollution and noise. 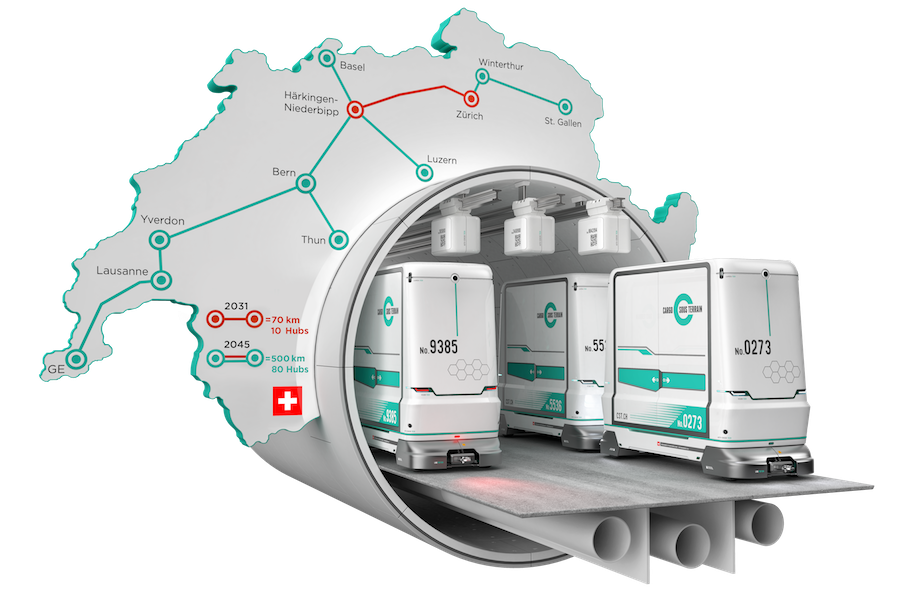 The final network will connect 80 hubs through a 500 km tunnel network (© CST).

Cargo sous terrain (CST) is a new, innovative state-of-the-art project. The plan is to build a comprehensive, 500-kilometer network between Lake Constance and Lake Geneva that will span the country in three decades. The Federal Council issued the legal basis for the project, which aims to take freight transport underground, one year ago. About 30 billion euros have been budgeted for the final network. However, the infrastructure for Cargo sous terrain is not backed by public money but will be financed by private investors.

The first tunnel for 2.8 billion euros will be 70 kilometers long. From 2031, the first section of the project will link the main distribution centers around the village of Härkingen-Niederbipp in the canton of Solothurn to the Zurich metropolitan area. It will join ten connection points or hubs. This first line will be part of a much wider network with multiple destinations. 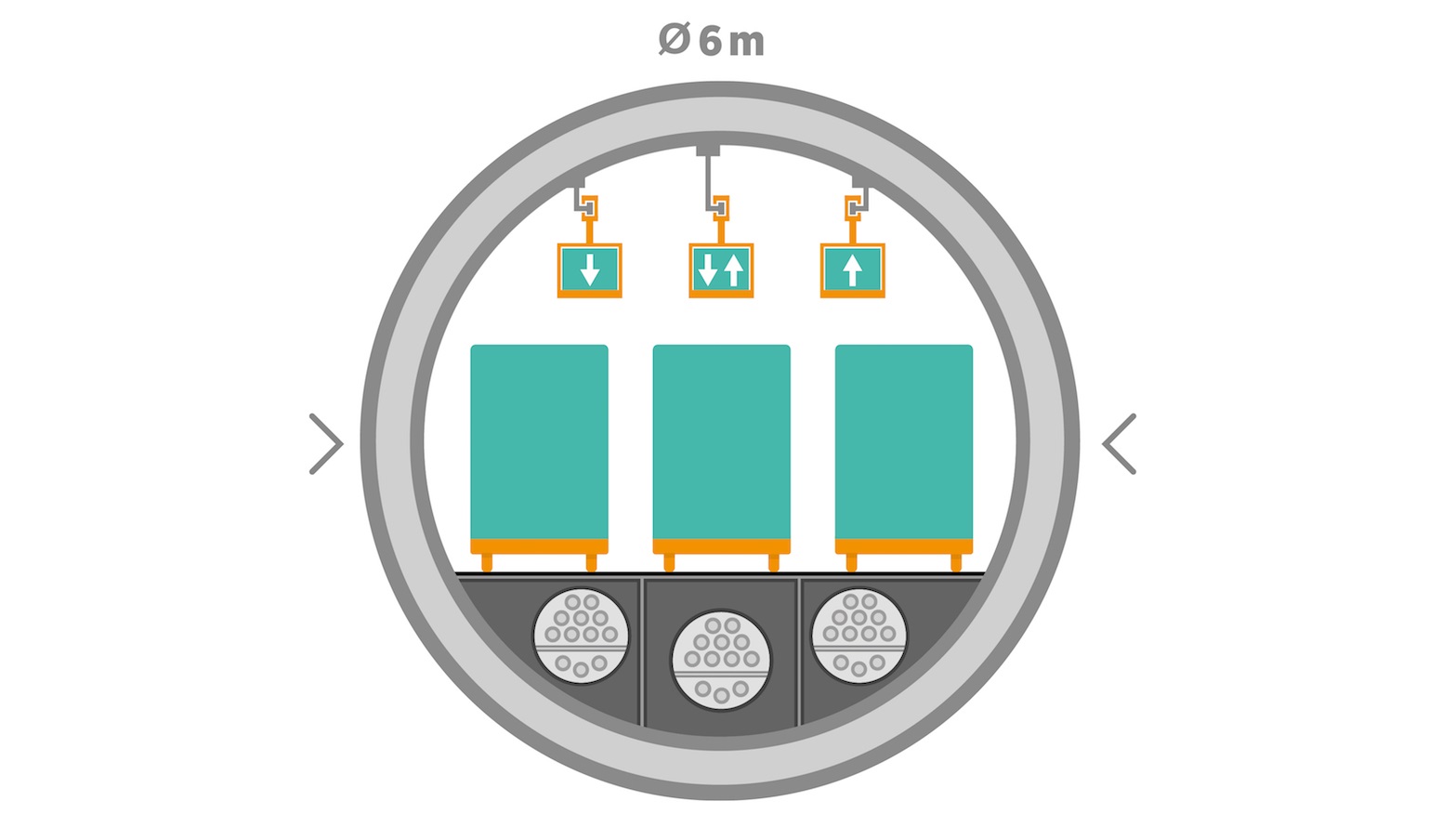 A transverse infographic of a “Cargo Sous Terrain” tunnel (© CST).

More space on the surface

One of the aims of CST is to partially free up roads and railways from freight transport. “The CST city logistics system will seamlessly link the tunnels with cities via the connecting hubs and will rely on synergies in above-ground supply and disposal. It is projected to relieve cities of up to 30% of delivery traffic and 50% of noise emissions.

Compared to current road transport, CO2 emissions per ton of goods transported will be reduced by up to 80%. Even more, people will benefit from the construction of CST, as one of its key concepts is to “create space on the surface that can be used for the people who live there“, says CST spokesperson Patrick Aellig

The cargo tunnel network will not compete with the existing transport sector of Switzerland, neither rail nor road. Quite the opposite: “CST will be in addition to existing means of transport and open up a new way of looking at transportation, but also a new physical route for logistics. I think we will see a trend towards other underground uses, to increase the quality of life above ground.“

Switzerland may be well suited for the ambitious project. Apart from the Alps mountains, the country is densely populated. Hence, the CST idea to create more space is compelling. Besides, Switzerland has extensive experience with building tunnels and finishing infrastructure projects within set time and budget limits. Another reason may be that there is enough money available for investment.

Text: Martin Fritz for SCCIJ, partly with material of House of Switzerland