Tokyo (SCCIJ) – The satellite telescope “Cheops,” a Swiss-led mission with a Swiss high-tech machine, is now orbiting the earth. It will investigate known planets beyond our Solar System and provide crucial insight into the nature of these distant, alien worlds. Following the Nobel Prize in Physics 2019, Cheops is the second high moment for Swiss space research in a short time. On December 10 in Stockholm, Geneva astrophysicists Michel Mayor and Didier Queloz received the Nobel Prize in Physics for their discovery of the first exoplanet in 1995. 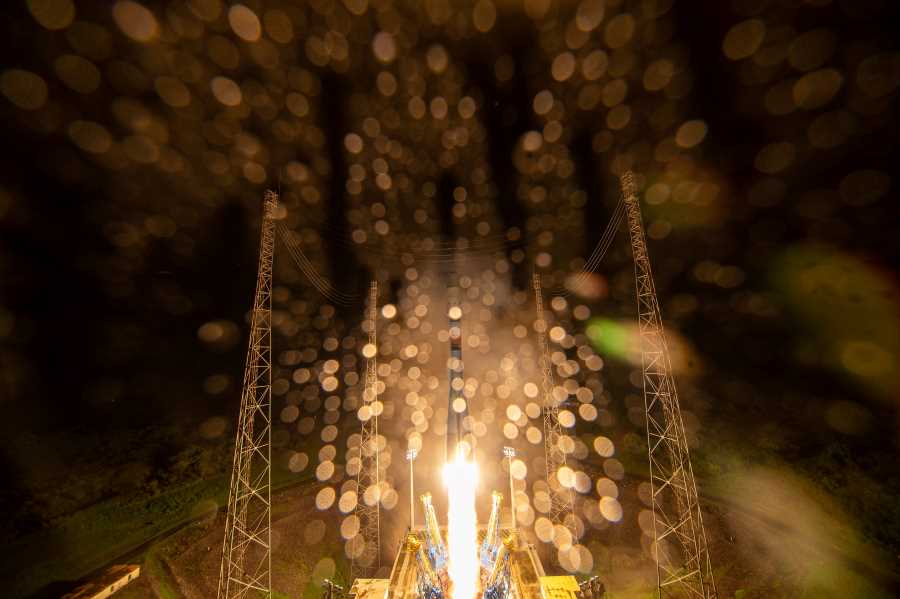 Queloz has been part of the Cheops team since the beginning. He heads the Science Operations Center at the University of Geneva Observatory. The astrophysicist Willy Benz and his team from the University of Berne are responsible for the scientific management of Cheops. Queloz and Benz had already developed the idea for this telescope in 2008, but initially, the Swiss National Science Foundation turned down their proposal.

Then in 2012, the European Space Agency (ESA) awarded the contract for Cheops. It is the first ‘Small’-class mission implemented in the Cosmic Vision 2015–25 program, the current planning cycle for ESA’s space science missions, and the first mission in the program overall to be launched. Switzerland paid 30 million euros to Cheops, 20 million came from the other ESA members involved in the planetary scout – namely Germany, Austria, France, Italy, Spain, Portugal, Belgium, Sweden, Canada, the United Kingdom, and Hungary – and ESA’s partner nation Canada.

Scientists had long speculated about the existence of exoplanets until the discovery of 51 Pegasi b, the first planet found around a Sun-like star 59.9 light-years away from earth. The discoverers of this exoplanet since then named as ‘Dimidium,’ Didier Queloz and Michel Mayor, shared half of the 2019 Nobel Prize in Physics for their breakthrough finding, which marked the beginning of a new era of investigation and turned exoplanet research into one of the fastest-growing areas of astronomy.

Over the past quarter of a century, astronomers using telescopes on earth and in space have discovered more than 4,000 exoplanets around stars near and far, most of which have no counterparts in our Solar System. This widely diverse assortment extends from gassy worlds larger than Jupiter to smaller, rocky planets covered in lava, with the most abundant exoplanet type found in the size range between Earth and Neptune. 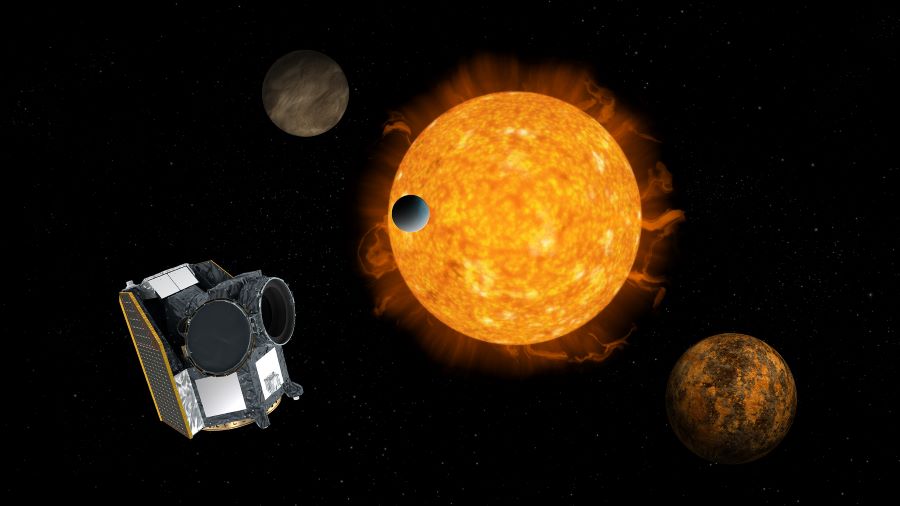 Artist impression of Cheops, the Characterising Exoplanet Satellite, with an exoplanet system in the background (© ESA/ATG medialab).

"Science on a new level"

Cheops will not focus on the search for new planets. Instead, it will follow-up on hundreds of known planets discovered through other methods. The mission will observe these planets exactly as they transit in front of their parent star and block a fraction of its light, to measure their sizes with unprecedented precision and accuracy.

Cheops measurements of exoplanet sizes will be combined with existing information on their masses to derive the planet density. This variable is a pivotal quantity to study the internal structure and composition of planets and determine whether they are gaseous like Jupiter or rocky like earth, whether they are concealed in an atmosphere or covered in oceans.

“This telescope will take exoplanet science to a whole new level,” said Günther Hasinger, ESA Director of Science. Queloz and Benz, the two astrophysicists from Berne and Geneva, hope that Cheops enables them to identify promising targets for the next generation of space telescopes. Their instruments might be able to detect traces of life in the habitable zone of their stars on such preselected planets. This endeavor would bring humanity a little closer to the answer to the big question of whether life exists elsewhere in the universe, the Swiss newspaper Neue Zürcher Zeitung concluded.

But before this, there is another exciting and worrying moment ahead for this Swiss-led scientific mission. The lid of the telescope as the only moving part of Cheops has to pass a big test. Currently, a wire holds the lid cover in a closed position. On 23 or 24 January, the wire is electrically fired up. A spring relaxes and allows the lid to open. At the same time, however, it must be held in the open position by a snap lock. If this did not work, the Swiss planetary scout would be lost.