Switzerland has new ideas in robotics

Tokyo (SCCIJ) – Switzerland and Japan are market leaders in industrial robots, but relentless innovation pushes the application of these machines in new fields. For example, the ETH Zurich Pioneer Fellow Marcel Schuck is developing a touchless robotic gripper based on sound waves. In contrast, the Swiss start-up Foldaway Pixels invented robotic modules to create morphing surfaces.

Conventional robotic grippers are prone to damaging fragile objects. Thus, soft, rubber-like grippers are used. Although these cause no damage, they are easily contaminated, like a well-used rubber eraser. Additionally, these soft robotic grippers only offer limited positioning accuracy. Hence, “touchless robotics” could be an answer.

As part of his ETH Pioneer Fellowship, the former ETH doctoral student Schuck is currently developing a method that makes it possible to lift and manipulate small objects entirely without touching them. Such ability is particularly relevant in situations where damage to small components costs money, such as in the watchmaking or semiconductor industry.

The technology behind Schuck’s project is based on an effect that has been exploited for more than 80 years and was first used in space exploration: Ultrasound waves generate a pressure field that humans cannot see or hear. As the acoustic waves overlay each other, they create pressure points that can trap small objects. As a result, they seem to float freely in the air in an acoustic trap.

Schuck is using some of the 150,000 Swiss francs from the fellowship to create a type of ‘development kit’ for potential clients. This contains a robot gripper, control software, and instructions. Schuck stresses that he still does not know how the end product will look: “That depends on the feedback I get from the industry.” The innovation is likely to be of interest to the watchmaking industry,

He hopes he will find a few interested parties who will collaborate with him on the further development of the acoustic gripper. Schuck is keen for the technology to work not just in the laboratory, but in the real world. If he can manage this by the spring of 2021, Schuck reckons he should be able to establish a start-up based on his ingenious business idea. 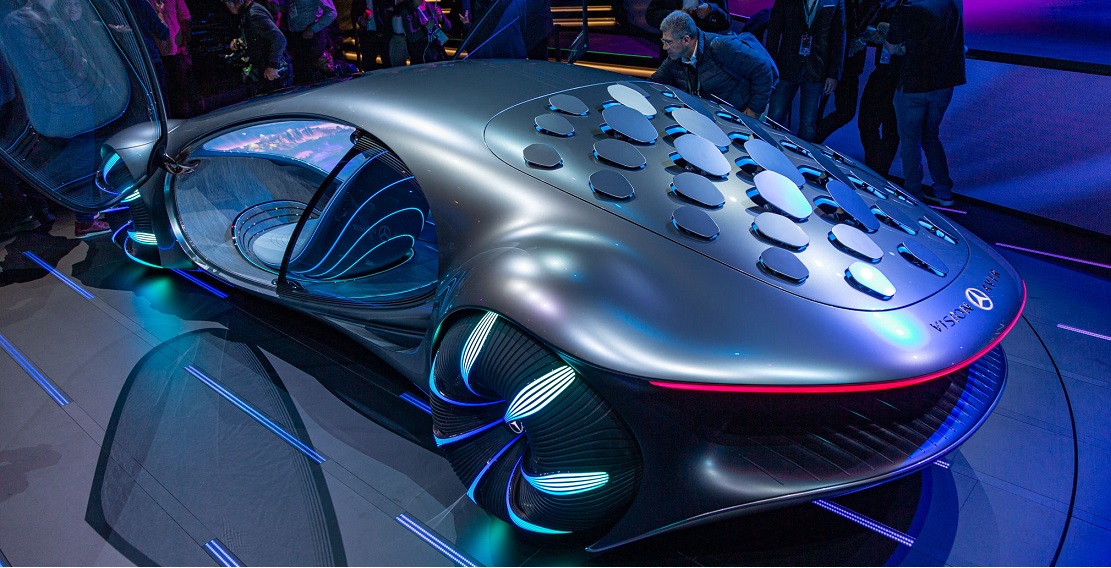 The EPFL spin-off Foldaway Haptics conquers a different robotics field with its “bionic flaps.” The German manufacturer Mercedes-Benz installed 33 of these tiny robots in its concept vehicle “Vision Avtr” at the 2020 Consumer Electronics Show in Las Vegas. The flaps move in response to the driver’s decisions and interact with the public.

Every single ultralight device goes from flat – less than two millimeters thick – to a three-dimensional moving plate in a fraction of a second. It is manufactured through a combination of thin layers of composite materials, each cut to precisely the right size, that make it particularly stable and robust. Thus, the system can be configured in different formats. There are no restrictions on the shape or design of the topmost, visible layer, allowing for boundless creativity.

This “robot” is a new version of a fold-up tactile joystick that Foldaway Haptics began developing in 2017, drawing on research conducted at EPFL’s Reconfigurable Robotics Lab (RRL) and supported by the NCCR robotics. The joystick’s force feedback function brings a sense of touch to mobile devices. “With force feedback, you can feel the texture of an item of clothing before you buy it online, or feel how much an object weighs when you’re playing a video game,” says Marco Salerno, who co-founded Foldaway Haptics with Stefano Mintchev.

Mercedes-Benz reached out to the two entrepreneurs last spring, asking them to develop a version for a new concept car. They quickly accepted the challenge, repurposing the little fold-up joystick and stripping it of its haptic function. The new robots – the result of several months of design and development work – also have applications in advertising and other visual media, where they can create moving images for branding or color effects.