Tokyo (SCCIJ) – In Switzerland, the year 2019 goes down in history with a startup boom due to a new record in the number of new companies. The final tally of 44,482 newly founded enterprises corresponds with an increase of three percent over the previous year. According to the Institute for Young Enterprises (IFJ), the past year proved to be the most active year for startups since records in the Swiss Commercial Register began in 1883. 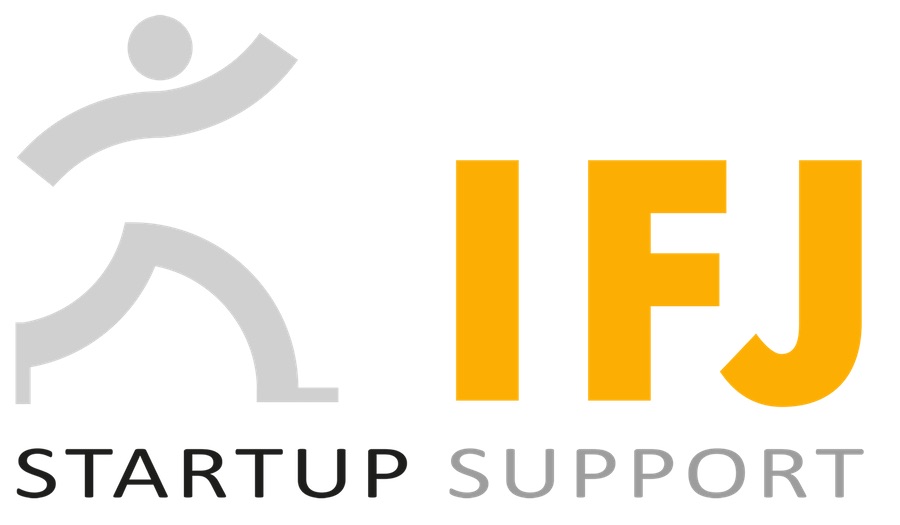 According to startup news portal Startupticker.ch, Today, 300 startups are founded in Switzerland every year – four times more than 15 years ago. A first increase took place in the second half of the 1990s, but as the dotcom bubble burst, the momentum stopped, and a low point was reached in 2002. Ten years later, it had climbed again to the current level, and this has proved stable in recent years.

Switzerland features also a broad regional distribution. Although dominant hubs exist in other countries, such as Berlin, London, Paris, and Stockholm, this is not the case in Switzerland. The canton of Zurich accounts for just under a third of companies and canton Vaud for about 15 %. There are also centers in Geneva (7 %), Zug (5 %) and both Basel cantons (together 9 %). Startups exist in all 26 cantons, the website said in its Startup Radar 2019/2020.

In terms of exits, the trend in Switzerland is positive. The total number has risen over the years; in 2015 and 2017, about 50 exits happened each year. The increase is particularly substantial for software companies: Here, the number of exits grew from five in 2006 to 20 in 2017. In the five years between 2014 and 2018, ten Swiss startups were valued at more than CHF 500 million when they went public or were sold to another company. Such valuations are a new phenomenon for Switzerland, a new study by Startupticker.ch and the University of Lausanne concluded.

In 2019, some segments were booming: There was a particularly high number of startups in the high-tech, IT, mobility, consulting, architecture and engineering, transport and logistics, and real estate sectors. The marketing and communication, retail and wholesale sectors were less successful, with fewer new companies starting up. About 39% of the new corporations used the limited liability company (LLC; GmbH), followed by 32% in a sole proprietorship, 20 % as a public limited company (Ltd.; AG), and 3% in a general partnership (Kollektivgesellschaft). 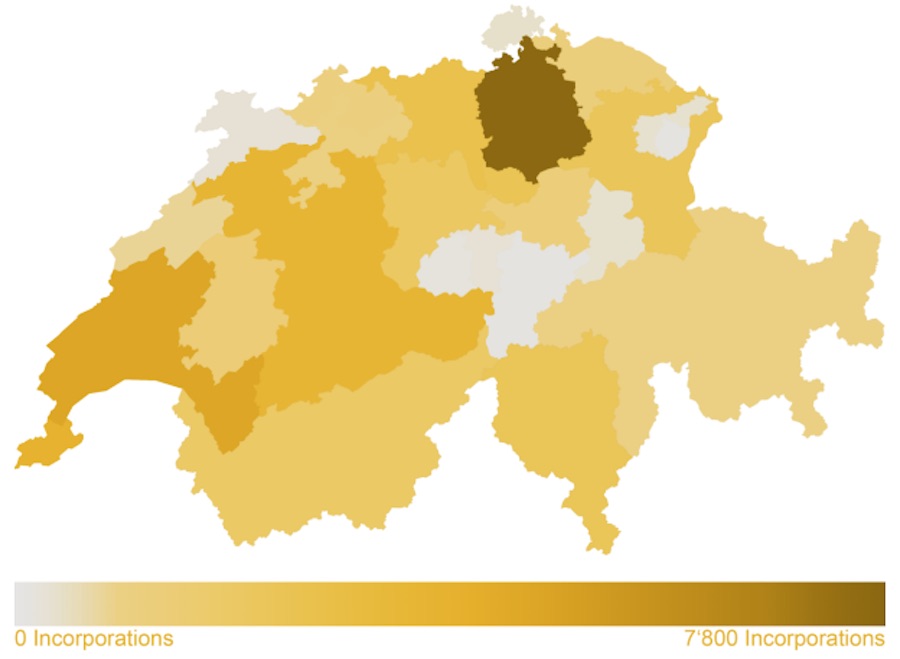 Incorporation density in the cantons of Switzerland (© IFJ).

Differences in the cantons

The most substantial startup increases happened in Eastern Switzerland and the Central Plateau, while Central Switzerland and Ticino recorded a decrease. The cantons with the most vigorous percentage growth are Appenzell Innerrhoden +14%, Glarus +13%, St. Gallen +11%, and Bern +10%.

In 2019, men founded around 76% of new companies. The share of women thus amounts to just under a quarter of all new startups. However, the analysis can’t be conclusive, as many new companies are founded by more than one person. The figure means that in general, Switzerland is slightly behind the international average in terms of the number of startups by women.

Behind the annual survey is the IFJ Institute for Young Companies. Every day, more than 50 people in Switzerland take the plunge into self-employment. The IFJ supports 20,000 founders throughout Switzerland with advice, workshops, business plan tools, presentations, events, business software, support programs, and the accompanying process of setting up a company. Renowned partners and the public sector rely on cooperation with the IFJ. This teamwork makes it possible to offer comprehensive startup support free of charge for founders in Switzerland.

Text: SCCIJ with material of IFJ