Tokyo (SCCIJ) – Researchers in Switzerland have developed an inexpensive PCR test giving results on the spot in less than 30 minutes. Such kits would facilitate the test regime during the current pandemic enormously. Conventional PCR tests are not cheap and require sending a sample to a laboratory. The start-up behind the device now seeks medical approval and looks for a manufacturer and distributor. 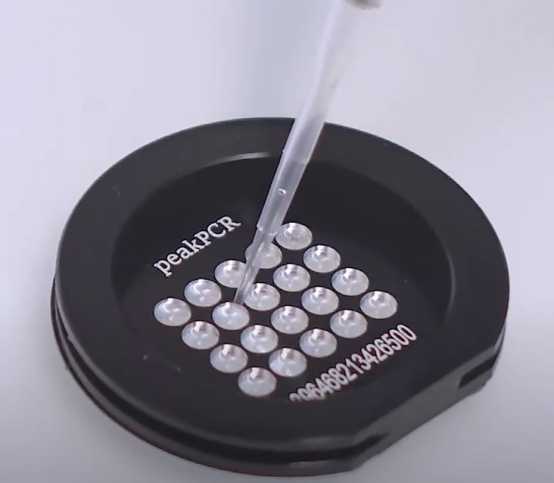 The Swiss PCR test in an aluminum cartridge delivers a quick result almost at the touch of a button (© Michele Gregorini/ETH Zurich).

Instead of the conventional method of mixing the PCR reagents in a plastic tube, the new PCR device works by simply pipetting a droplet of the patient’s sample straight into one of the wells in the aluminum cartridge. Since metal conducts heat much better than plastic, the new device can heat and cool the reagents considerably faster than conventional devices.

This is important because replicating the pathogen’s genetic material relies on reaction cycles consisting of multiple steps at different temperatures ranging from 55 to 95 degrees Celsius. One of these cycles takes just under 20 seconds in the new device, more than seven times faster than a conventional device. This method reduces the time required for a 45-cycle PCR test from over two hours to just under 20 minutes, similar to the time it takes to perform a rapid, but much less reliable antigen test.

The new device also eliminates the need to painstakingly pipette multiple PCR reagents into a sample container. Instead, the solution is to deliver the reagents as part of the package – freeze-dried and deposited in the bottom of each well. Also, test kits for different pathogens can now be stored at room temperature for up to six months. 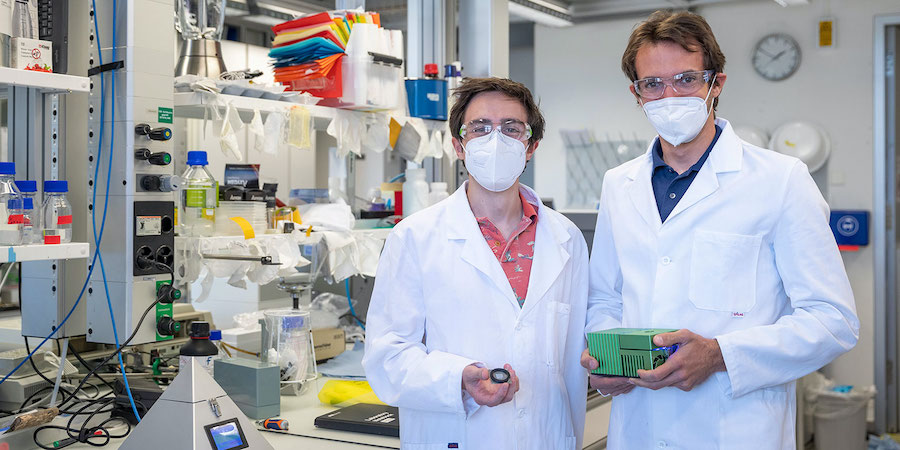 A PCR test for just a few Swiss francs

The Swiss scientists Michele Gregorini and Philippe Bechtold developed the new system. It started as the doctoral project of Gregorini at the Swiss Federal Institute of Technology Zurich (ETHZ). Afterward, he founded the ETH start-up company diaxxo with Philippe Bechtold, a 26-year-old chemical engineer. Bechtold had joined the same research group as Gregorini in the Department of Chemistry and Applied Biosciences to do his doctorate, which is now in its final stages.

The two founders have been working on their PCR device for the past five years. They developed every aspect of the prototype themselves, from the housing and electronics to the software and the replaceable test cartridge in which the biochemical reaction takes place. This cartridge is similar in size and shape to a coffee pod, and it’s the most significant innovation of the new device. Their goal is for the test to cost only a few Swiss francs. This would open the door to PCR testing in developing countries, which often lack the funding to perform laboratory analyses.

After the outbreak of the pandemic, the two researchers obtained their first grant from the Swiss National Science Foundation’s “Bridge” program, swiftly followed by coronavirus funding from various other sources. The biggest collaborator is the Swiss Tropical and Public Health Institute (Swiss TPH). Today, diaxxo employs 12 people as part of a growing team of hardware and software specialists, biotechnologists, and electrical engineers. Together, they are steadily improving the PCR device to make it ready for the market.