Tokyo (SCCIJ) – Switzerland has become the world’s strongest nation brand, according to this year’s ranking by the British consulting firm Brand Finance. Among other things, the country is praised for its handling of the COVID-19 pandemic. 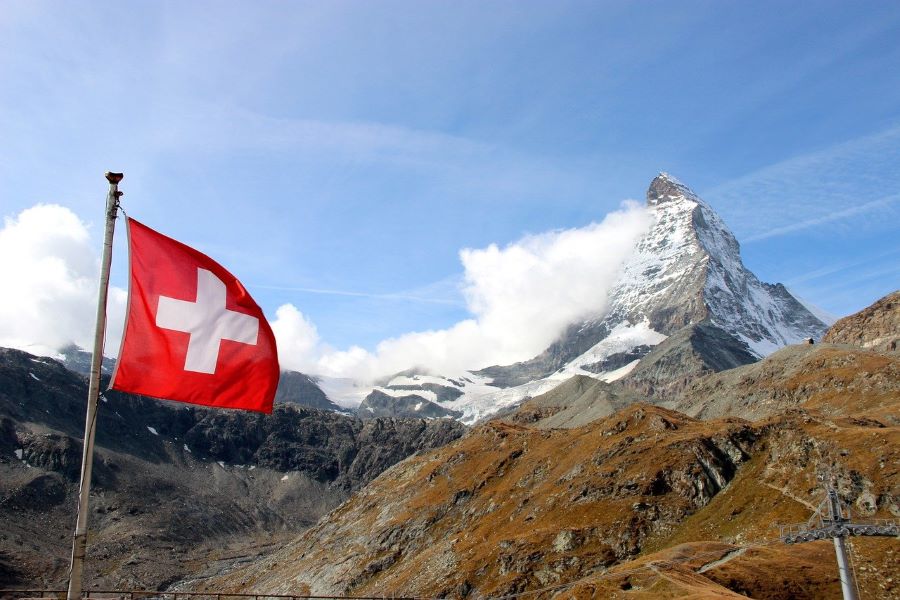 For its annual ranking, Brand Finance examined the brand value and the brand strength of various nations through a balanced scorecard of metrics evaluating brand investment, brand equity, and brand performance. The methodology includes the results of the Global Soft Power Index – the world’s most comprehensive research study on nation brand perceptions, surveying opinions of over 75,000 people based in more than 100 countries.

According to these criteria, Switzerland is the world’s strongest nation brand with a Brand Strength Index (BSI) score of 83.3 out of 100. Although it remained stable, the nations around it saw theirs take a hit, resulting in Switzerland moving from the third spot in the previous year to the top spot for brand strength in 2021. The next ranks are occupied by the Netherlands and Singapore. Last year’s winner, Germany, takes fifth place.

Japan, falling from 7th to 15th with a score of 76.7, saw a similar story with the perception at home that the pandemic was mishandled. However, this is polarised when compared to their perception abroad, where it achieved some of the highest scores in the Global Soft Power Index research. At the same time, Singapore and the United Arab Emirates have broken the Western monopoly in the brand strength ranking, claiming 4th and 11th positions respectively.

The Alpine nation saw external perceptions slightly rise following its strong response to COVID-19. It used a mix of compulsory and non-compulsory measures during the pandemic to control the spread of the virus. For example, non-essential businesses had to close, but the government’s order to stay at home was only ever advisory – entrusting the people to decide for themselves.

This is reflective of Switzerland’s model of government, with the public allowed to voice their opinions on laws through frequent referenda – for example, last year the population rejected a motion to end its freedom of movement agreement with the EU and voted to make discrimination based on sexual orientation illegal.

In addition to data from the Soft Power Index, the assessment of brand strength takes into account the political and economic stability of individual nations. For example, the credit rating on long-term government bonds is analyzed. Switzerland has a AAA- rating, which is awarded to reliable and stable debtors.

David Haigh, Chairman and CEO, Brand Finance, commented: “Small size is no barrier to occupying a solid position for nation brand strength and Switzerland securing the top spot this year is the perfect example. Switzerland has held firm whilst other nations have faltered throughout the pandemic.”

US & China lead the pack

Regarding the ranking of nations according to their brand value, there has been no movement in the top 10 this year. All the top 10 nations have recorded a modest uplift in brand value, however, in line with the global trend across the ranking, the United States and China still claim the first and second spot in the ranking, followed by Japan.

Text: SCCIJ based on a Brand Finance report