Swiss wearables create music out of the air

Tokyo (SCCIJ) – The Switzerland-based startup Mictic has started to sell its spatial sound wearable at the end of November after raising 2.5 million dollars in a financing round. Leading investors were PTK Capital and Moby, the six-time Grammy-winning artist. Serpentine Ventures from Zurich also participated. The Mictic device translates body movements into music. 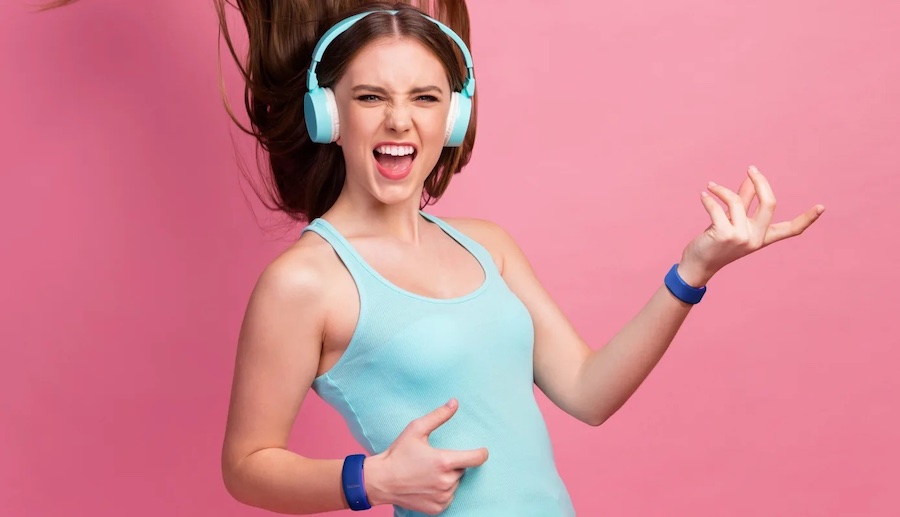 The device Mictic One of the Zurich-based startup creates a new category of musical augmented reality without headgear (© Mictic).

Mictic One consists of two wristbands with proprietary sensors that measure and transfer via Bluetooth the user movements and translate them on a smartphone into music—essentially creating a new category of musical augmented reality without headgear. Founded in 2018, Mictic enlisted the help of the Zurich University of Applied Sciences (ZHAW) to perfect its spatial mapping and the precision of its drum effects.

Mictic allows the user, no matter their experience level with instruments, to immediately play guitar, piano, drums, cello, turntables, and to create music using Mictic’s soundscapes such as Rock, Hip Hop, EDM, Latin, and more. It also can challenge seasoned musicians and be incorporated into stage shows. New instruments and soundscapes will be downloadable weekly. “It’s the musical instrument of the 21st century, endlessly versatile, expandable, metaverse-ready, portable and enjoyable,” the company said.

“The initial markets Mictic is tackling are Switzerland, Austria, and Germany as well as the United States. In the next step, we will focus on Asia – especially Japan and South Korea; the music culture there seems to be very unique and strong. Our website sales in Japan have been promising and we are now in discussion with potential distributors for future collaboration,” Mictic CEO Mershad Javan told the SCCIJ.

Mictic One retails for $119, global sales began on November 26th. Each unit includes two wristbands, software with 15 instruments, sounds and soundscapes, tutorials, and a charging cable. An easter-egg-like bonus unlocks a series of five “game” experiences like tennis, robot, and kung-fu when the user creates the Mictic account to receive updates.

“The invention of the record player, Walkman, and MP3 players have all made listening to music easier and easier; nowadays we have access to millions of songs anytime, anywhere! However, the way we play music or interact with music hasn’t changed – we wanted to change that with Mictic,” said Mictic’s technology consultant Matthias Frey. “We believe that the future of music will be interactive, not passively consuming music. Part of our vision is playing music and even interacting with your favorite rock stars.”

“Mictic empowers people to create their entertainment with movement—it’s fun, it’s immersive, and it gets people away from staring at screens,” said PTK Capital’s Chief Business Officer, Sharon Kopp. “The artist Moby has explored genres by welding the human and the digital together perfectly, changing music forever,” said Mictic CEO Javan. “PTK Capital’s emphasis on the human side of innovation is exactly where we want to be.”