Tokyo (SCCIJ) – Despite the Covid-19 pandemic, the Swiss watch industry has celebrated itself at the annual Grand Prix d’Horlogerie de Genève. Brands and watchmakers competed in 14 categories with 84 nominated timepieces. Due to contact restrictions, the 2020 award list was unveiled at a poetic digital show with only representatives of the winners in attendance. 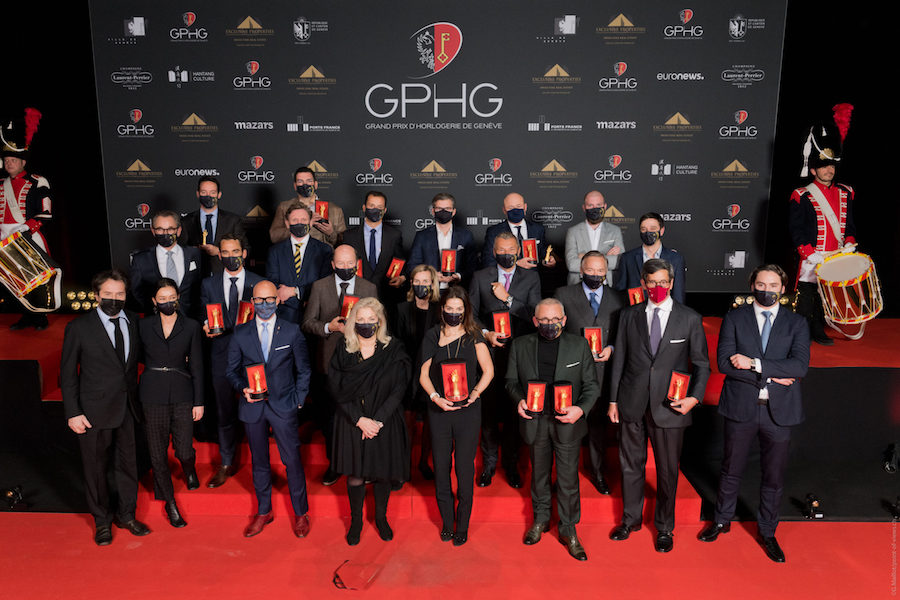 The most wanted trophy, the Aiguille d’Or, or Golden Needle, went to Piaget for the Altiplano Ultimate Concept watch because it continued the maker’s great tradition in the art of ultra-thin watchmaking by measuring a mere 2 mm. The idea was to create a watch from a previously untried fusion of re-scaled components, combining the case and the movement as a whole. For this, Piaget embarked on a journey of miniaturization. The company worked solely on the prototype for four years, during which many of the established codes of watchmaking were re-invented. Price: CHF 410,000. 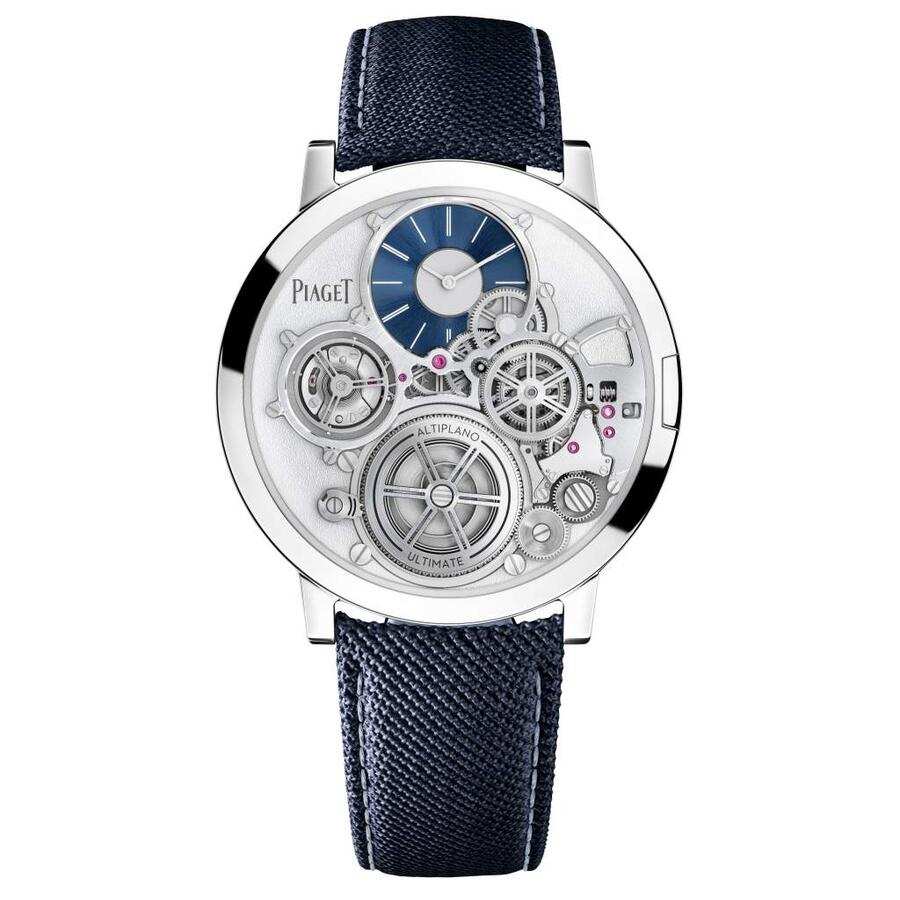 The watchmaker Bovet 1822 received the Grand Prix d’Horlogerie de Genève for ladies’ watches. The new edition of the Miss Audrey timepiece features a green guilloché dial inspired by the lotus flower that reflects sumptuous shades. This timepiece is housed in the Amadéo convertible case, crafted in steel with a 36-mm diameter. The bezel and the iconic bow are set with white diamonds that beautifully enhance the dial. The case’s convertible feature allows the timepiece to be worn on the wrist, transformed into a table clock, or turned into a majestic pendant without needing to use any tools. Price: CHF 20,500. 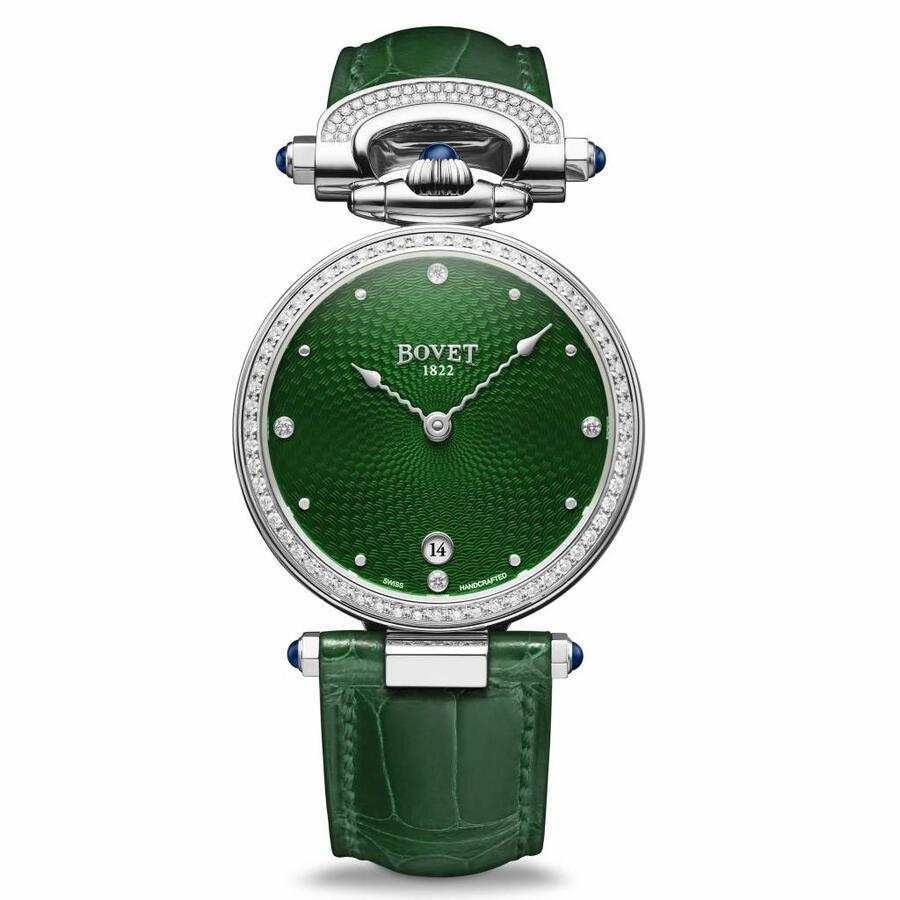 “Miss Audrey” by the House of Bovet was awarded the “Ladies’ Watch Prize at the Grand Prix d’Horlogerie de Genève (© ZVG).

Charles Girardier and the Tourbillon Signature Mystérieuse “fleur de sel” won in the category of ladies’ complication watches. This timepiece embodies the first chapter of a Geneva watchmaking house that had fallen asleep in the 19th century. The watchmaker aimed to revive the legacy of its founder Charles Girardier, whose visual design ideas had disappeared at his death in 1839, by transposing his signature to the 21st century. All of the movement and casing elements are made in the same independent Geneva-based manufactory. Price: CHF 90,000. 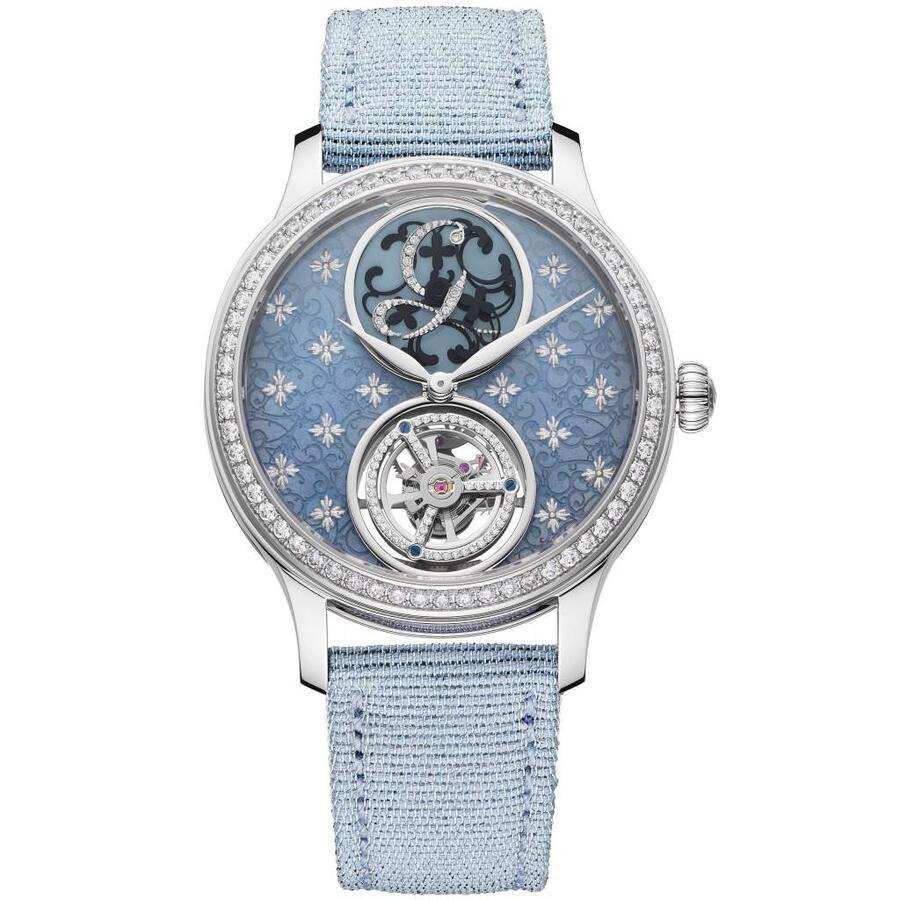 Voutilainen received the Grand Prix d’Horlogerie de Genève in the category of men’s watches for the 28SC wristwatch. Its elegant and strong mechanism is housed in a stylish and robust case that has redesigned lugs with concave form. The bezel has also a concave shape. The winding crown is thinner with a bigger diameter. It enables the wearer to have a nice winding experience with an easy hand setting function. The in-house movement of the Vingt-8 is designed, built, fabricated, finished, and assembled in its entirety in Voutilainen workshops. Price: CHF 74,000. 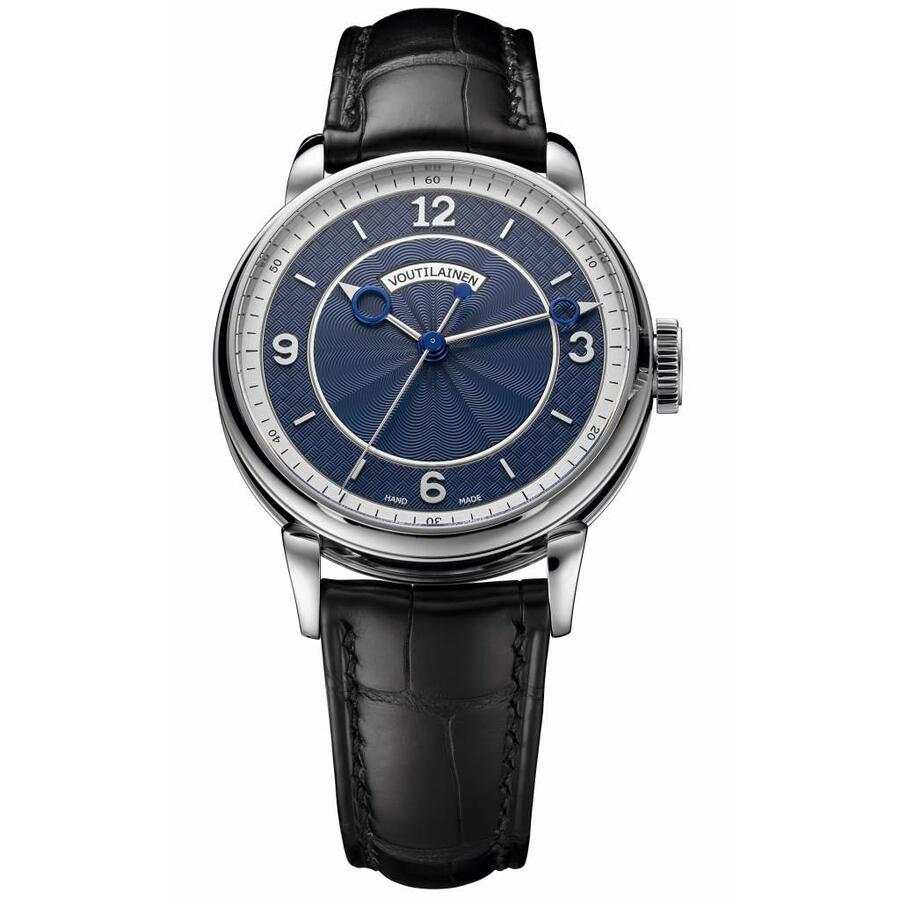 The watch Hand Made 1 of Greubel Forsey succeeded at the Grand Prix d’Horlogerie de Genève in the category of men’s complication watches. Hand Made 1 takes traditional watchmaking to a new unprecedented summit. With 95% of this timepiece – including the hairspring – made using only hand-operated tools, one single timepiece required an extraordinary 6,000 hours of work (equal to three years of man-hours). To obtain the 308 components, over 800 individual parts had to be made. It took almost 35 times longer to craft the complete tourbillon cage than for a standard high-end tourbillon. Price: CHF 750,000. 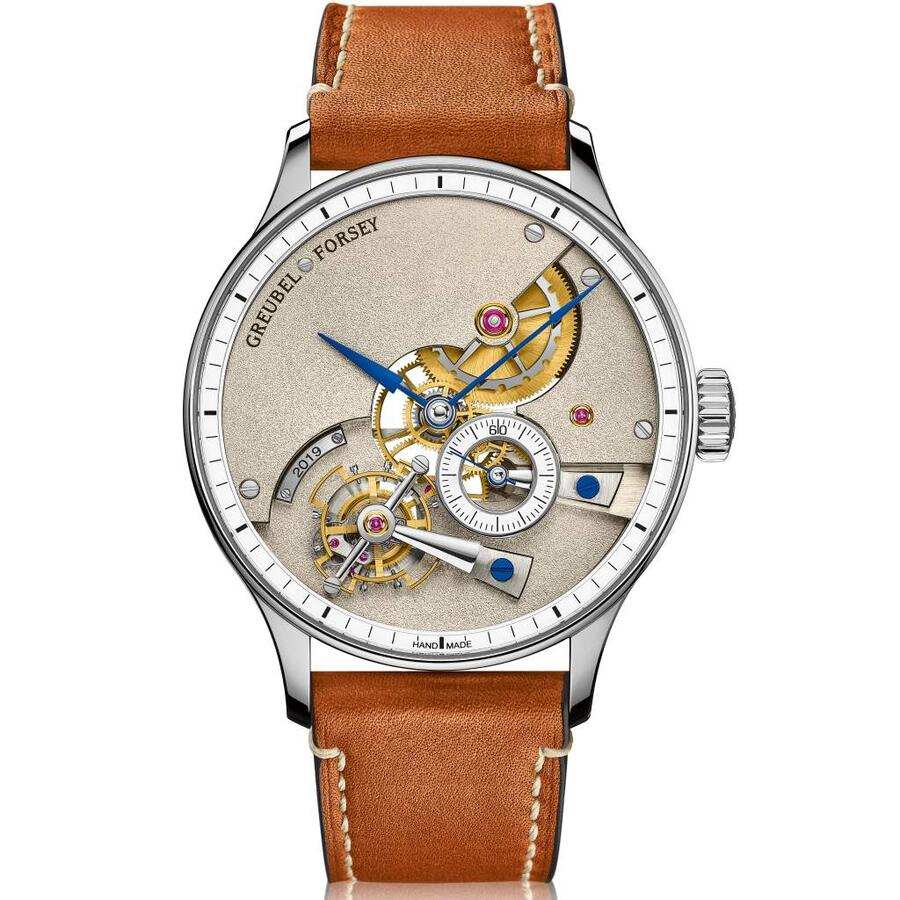 The watch “Hand Made 1” of Greubel Forsey was awarded the Grand Prix d’Horlogerie de Genève in the category Men’s Complication Watch (© ZVG).

Overview of the Grand Prix 2020

The Grand Prix d’Horlogie de Genève was created in 2001 and overseen since 2011 by the Grand Prix d’Horlogerie de Genève (GPHG). The mission of this foundation is to celebrate and promote watchmaking art worldwide. It achieves this with the support of its public and private partners, notably its new principal partner, Exclusive Properties, a division of the Groupe Comptoir Immobilier.

Text: SCCIJ with material of GPHG