Tokyo (SCCIJ) – Swiss watch exports have finally climbed above the pre-pandemic level signaling a return to normalcy. The main support came from sales in China and the United States. These two markets benefitted from an improved pandemic situation. The performance of the Japanese market in terms of exports also registered a considerable uptrend since January. 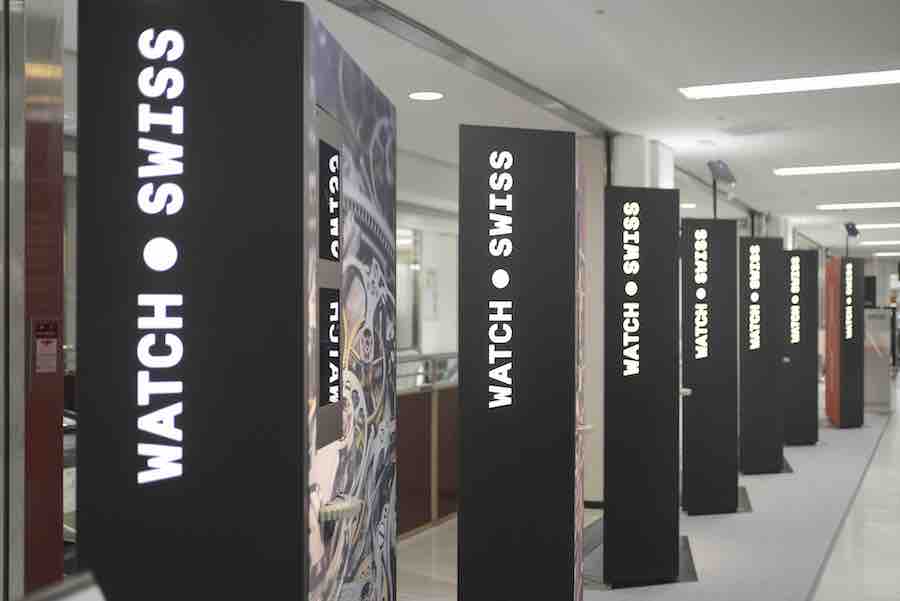 A file picture of a Swiss watch exhibition in Tokyo organized by the Federation of the Swiss Watch Industry (© FHI).

The pandemic caused an unprecedented year for the luxury goods sector, and the watch industry in particular, resulting in a sharp decline in activity in 2020. The spring saw a halt in production and a lack of market activity for many weeks. The second wave of the pandemic starting in the fall caused further disruptions.

Now, the turnaround has become visible. So far, the cumulative level since the start of the year until April is identical (-0.4%) to the performance of two years ago. Since May and June 2020 were also very negative, the next monthly results for watch exports will be decisive in confirming the positive trend.

Looking at the figures for the period between January and April, Japan ranked fourth with CHF 467.2 million, which was 8.5% less than in the same period in 2019. This volume decrease was the smallest of all countries in the top 20 countries for Swiss watch exports, except the United Arab Emirates (-4.2%) and Saudi Arabia (-3.2%). Only the sales figure for China and the U.S. gained.

In April 2021, Swiss watch exports performed well and reached 1.8 billion francs. This represents a growth rate of 2.0% compared with the baseline set in April 2019 and confirms the return to normal that began in March. The comparison with April 2020, which saw a fall of 81.3% because of the almost universal lockdown, is therefore no longer relevant. For the record, however, the change was +446.1%.

Worldwide, performance in April was mainly bolstered by China (+75.0% compared to the 2019 level). It continued to combine growth in the home market with domestic sales of goods previously purchased abroad. Conversely, Swiss watch exports to Japan (-11.7%) contracted compared to 2019. Analysts cite the absence of any foreign tourists as the main cause besides general restrictions of the retail sector. Europe overall (-5.1%) also fell back, largely because of the stronger downward trend in Germany, Italy, and France.

Watches made from precious metals grew strongly compared with April 2019, while steel watches remained steady. The total number of watches exported was well below the level achieved two years ago, mainly because of the decline in steel products and those in the Other materials category.

Text: Martin Fritz for SCCIJ, based on material of the Federation of the Swiss Watch Industry