Tokyo (SCCIJ) – Switzerland is playing a leading role in research and innovation in the fast-changing food and nutrition sector. The country already could be proud of the “Haus Hiltl” in Zurich as the oldest vegetarian restaurant in the world. Now, some start-ups are pushing traditional food boundaries, for example vegan cheese made without any cow milk. 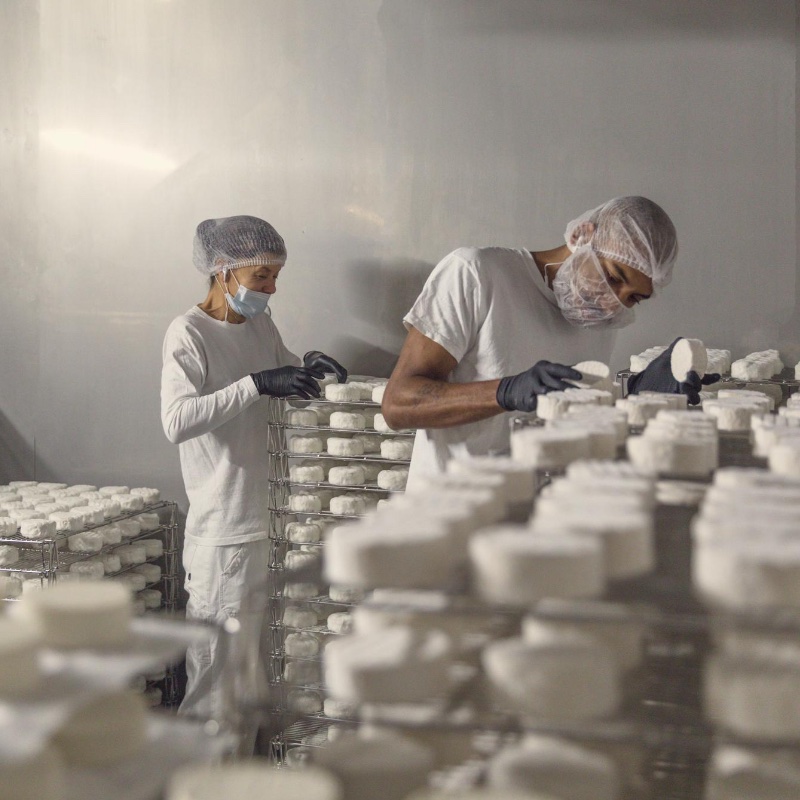 Nothing fake about fake cheese

The emergence of a new community of consumers in search of a healthier, environmentally friendlier, and more diverse diet is creating new opportunities. Changes in dietary habits are prompting companies to be more creative and innovative. As science and gastronomy join forces to revolutionize what is put on plates, Swiss startups specializing in vegan food are entering the field.

Challenging both the widely held assumption that vegan cheese is rubbery and the habits of cheese-lovers is no small undertaking. Switzerland is, after all, the land of fondue and raclette, with a per-capita cheese consumption of 22kg in 2019. Yet alternatives to dairy products are becoming increasingly popular in this country. Vegan cheeses, which some people call fake cheese, have started appearing on food retailers’ shelves.

A few small companies such as Crémerie Végane in Geneva and Gourvegi in Basel, which make vegan cheeses, have entered the fray. A Bernese startup, New Roots, has made quite a name for itself since it was founded in 2016 by Freddy Hunziker and Alice Fauconnet. In addition to winning several awards, including the Swiss Vegan Award, New Roots has picked up its first investor, Blue Horizon, which also underwrites the leading vegan brands Beyond Meat and Impossible Foods.

New Roots’ 20 employees produce around 80 tons of vegan cheese per year. The company employs traditional cheese-making techniques to produce a range of cashew nut-based cheeses, which are matured like traditional dairy cheese. New Roots’ cheeses, explains Fauconnet, are bought both by vegans and non-vegans looking to expand their culinary experiences.

These new dietary trends have not gone unnoticed by major food companies. Most already offer meat-free choices and plant-based alternatives to dairy products. The range of vegan products is expanding and meat alternatives are becoming increasingly indistinguishable from the real thing in terms of taste, texture, and smell.

A chicken substitute produced by Planted in Zurich, a spin-off of ETH Zurich founded by two cousins, Lukas Böni and Pascal Bieri, is one such product. Together with Eric Stirnemann, a doctoral student at ETH, Böni, and Bieri developed a chicken substitute based on four natural and additive-free ingredients: pea protein, pea fiber, sunflower oil, and water. It was an immediate hit.

Planted raised CHF 7 million for its seed financing round in October 2019 and now employs around 50 people. The raw material – yellow peas – is sourced from Western Europe, processed with pasta-making machines, and subjected to various pressure and heat levels, resulting in a chicken-like texture. Planted AG produces 1 ton of plant-based chicken per day, which it distributes throughout Switzerland.

Text: Material of House of Switzerland edited by SCCIJ