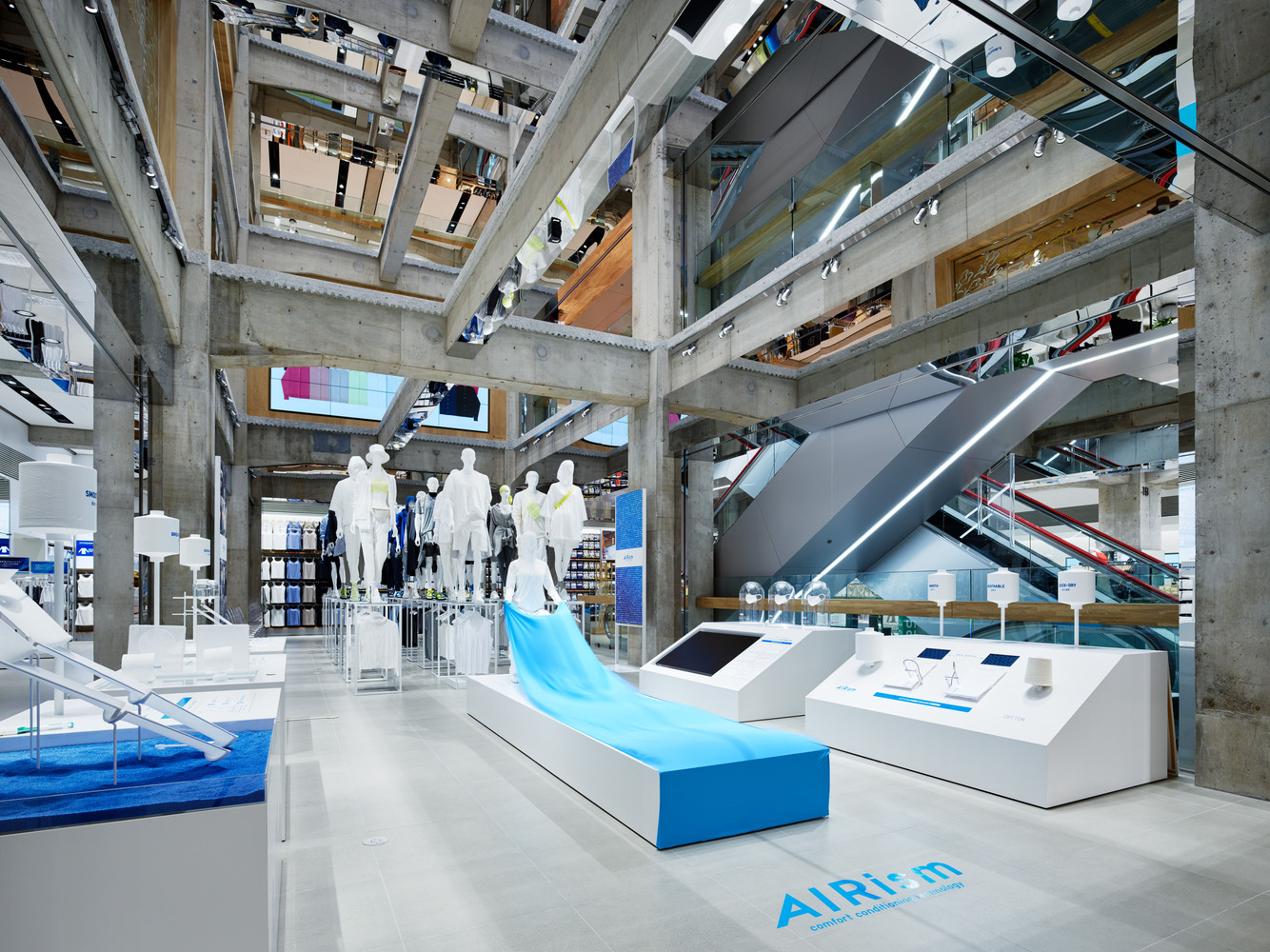 In 2019 Uniqlo approached Herzog & de Meuron to reinvigorate an existing department store building in Ginza as a new global flagship store named UNIQLO TOKYO: a store showing the full range of Uniqlo’s “LifeWear” and embodying the philosophy of high-quality, functionality, affordability, innovation and enjoyment for everybody.

The existing multi-story building in the vicinity of JR Yurakucho station was built in 1984 to house the first large-scale Parisian-style department store in Tokyo. It was designed to provide a then-innovative focused shopping experience with multiple stores within the same structure. Service areas were placed at the perimeter to maximize sales areas with open and flexible floorplans.

But these cut off the relationship between levels and to the city outside. Suspended ceilings of a single consistent height concealed the building services and the elaborate column and beam structural concrete frame. This anonymous, insular shopping environment did not meet Uniqlo’s aspiration for a customer-friendly flagship store.

Besides, the building is located at the edge of Ginza, a district with a high concentration of luxury stores. In contrast, adjacent to the site is the open expanse of a wide avenue and elevated roadway. Thus, there are two perceptions of the building – tight, fragmentary glimpses from Ginza, and broad vistas from the roads and train lines to nearby Tokyo Station.

A study of the original structural drawings and an early site visit revealed the practical beauty of the building’s original concrete frame. Aiming to expose this ‘found’ construction both externally and internally, the Swiss architects removed all extraneous elements such as cladding, suspended ceilings, and additions in an exercise of design through subtraction. The resultant concrete grid is used as a framework to display Uniqlo’s colorful products. Remarkable views are attained from all retail floors. Visitors see and are seen: everything at once. The vitality and voyeurism of Ginza street life extend into the heart of Uniqlo Tokyo, the star architects said.

It is not the first building by the Swiss architectural office in Tokyo which also created the Miu Miu Aoyama. In Germany, Herzog & De Meuron are known for the Allianz Arena in Munich or the Elbphilharmonie Concert Hall in Hamburg. For Uniqlo, this is the second cooperation with a very big Swiss name. Since 2018 the fashion company has been the main official sponsor of tennis legend Roger Federer. Despite these strong connections, Uniqlo has not opened a store in Switzerland so far. 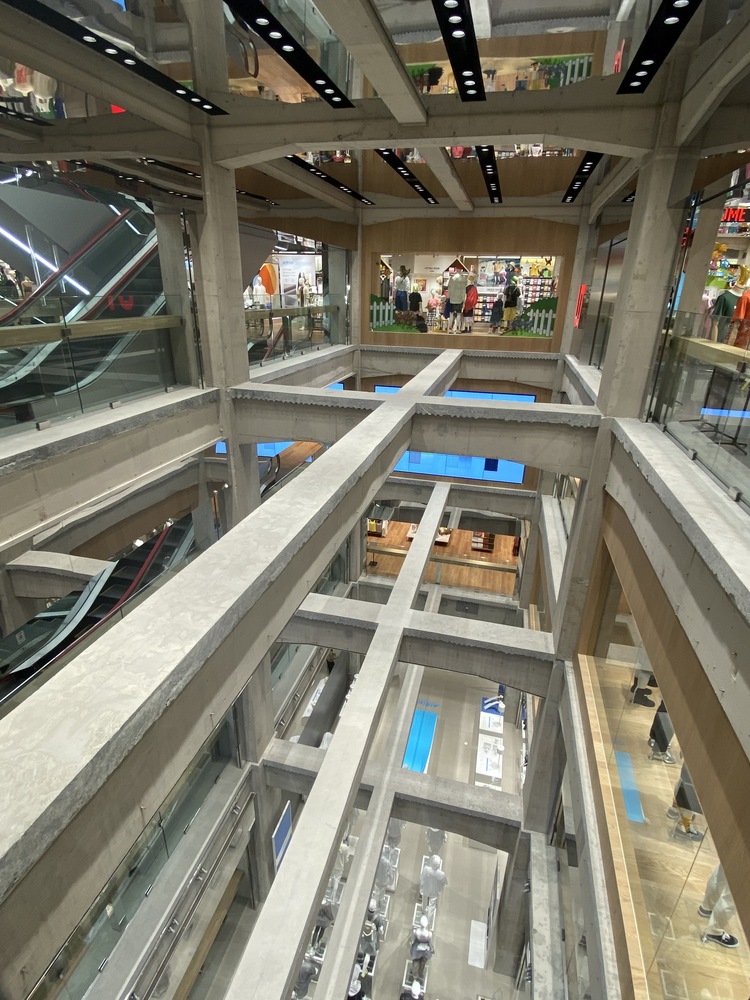 An open network of beams and columns remains visible throughout the store’s interior and exterior (© nacasa and partners).

Text: SCCIJ based on material of Herzog & de Meuron