Tokyo (SCCIJ) – The Swiss athletic shoe and performance sportswear company On is looking forward to the upcoming Olympic Games as an accelerator of sales and brand publicity. The Swiss Olympic team will wear an On suit when marching into the new national stadium during the opening ceremony and later during the Games.

Also, Swiss sports legend Roger Federer who is an On investor and designed the first On tennis shoe will play his fifth Olympic Games in Tokyo. On, established in 2010, is joining the SCCIJ as a corporate member just in time for the opening. Besides Japan, the Swiss footwear and apparel maker runs branches in the USA, China, Australia, and Brazil. 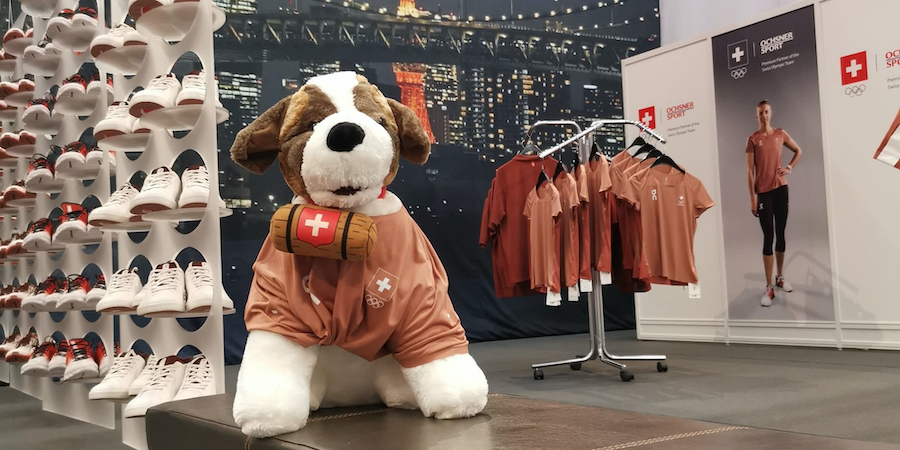 “Shades of red” – the elegant, red hues characterize the “Swiss Olympic Team Collection Tokyo 2020”, in which the Swiss athletes will participate in the Olympic Games and in the Paralympic Games in Tokyo. White, the other national color of Switzerland and the host country Japan, is also not missing from the new Swiss Olympic apparel.

The 15 or so garments and four pairs of shoes in the “Swiss Olympic Team Collection Tokyo 2020” are tailored to the high heat and high humidity of Tokyo’s summer. On, Swiss Olympic and the leading Swiss sports retailer Ochsner Sport developed the Tokyo collection together. Their collaboration will last until the 2028 Olympic Games in Los Angeles.

“Two Swiss companies are outfitting the Swiss Olympic team – you almost can’t get more Swissness than that. The delegation members will wear the clothes with great pride,” says Ralph Stöckli, the Swiss Chef de Mission.

“The colors red and white play an important role in the design of the collection – but not in a traditional way: By using a whole palette of red tones, we point to a diverse and inclusive Switzerland and to the Olympic idea that connects all athletes,” explains Thilo Alex Brunner, Head of Design at On.

The Swiss Olympic Team Collection wear can be ordered online in Switzerland.

The Swiss tennis star Roger Federer will be part of the national Olympic team as well, chosen as a member by the Swiss National Olympic Federation last week. Federer who will turn 40 the day the Games finish, won gold in doubles with partner Stan Wawrinka at Beijing 2008, and silver in singles at London 2012 when he was beaten by Great Britain’s Andy Murry. He missed Rio 2016 due to a knee injury.

The 20-time Grand Slam champion joined the On team and invested an undisclosed sum himself in late 2019 after departing from his long-term sponsor partner Nike. At the Qatar Open this year, he wore On sneakers for the first time during a professional tournament. The Roger Pro is On Running’s first tennis-specific performance shoe and the result of a collaboration between Federer and On.

The product was released under the name “The Roger” one year ago, featuring On’s light sole, the “Speedboard” for agile movement, and ultra-soft sock construction. The collection of tennis-inspired sneakers with now four models on sale are crafted from vegan leather and designed for lightness to reduce material consumption. The result is a significantly smaller environmental footprint.

Update from July 13: Tennis star Federer canceled his participation in the Olympic Games in Tokyo. The Swiss player cited renewed problems with his knee as the reason.