Tokyo (SCCJ) – Researchers at the Swiss Federal Laboratories for Materials Science and Technology (Empa) are investigating how roads could be reinforced without the use of bitumen to make them more easily recyclable. Their solution? Stones, string, and a robot. 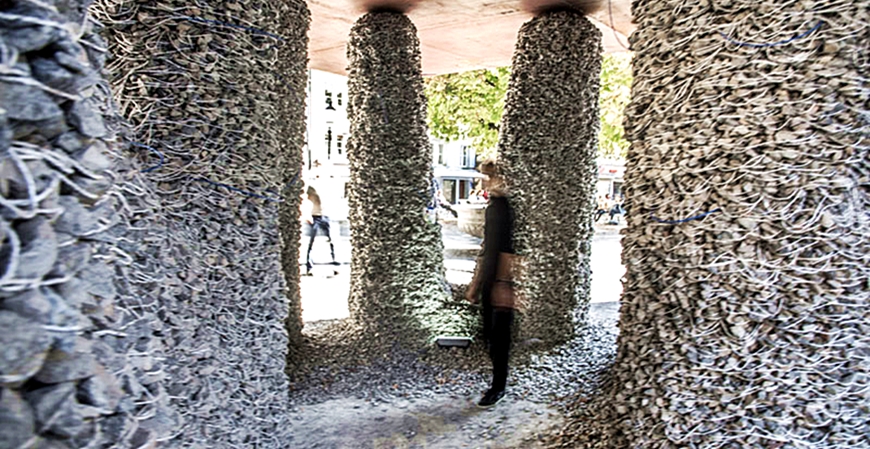 The "Rock Print Pavilion" in Winterthur demonstrated how a stable construction made of loose stones and strings can be created by the "hand" of a robot. (© Gramazio Kohler Research / ETH Zürich / Martin Rusenov).

The idea originates from a project of the Gramazio Kohler Research lab at ETH Zurich. Pillars piled up purely from strings and gravel demonstrated that outstanding stability can be achieved by simply interlocking the gravel with a thread – without any cement as a binder. Laboratory tests showed that gravel pillars with a height of 80 cm and a diameter of 33 cm can withstand a pressure corresponding to a load of 20 tons.

Asphalt also consists of rocks of various sizes and the binder bitumen. Thus, Martin Arraigada and Saeed Abbasion from Empa’s “Concrete & Asphalt” lab transferred this concept to road construction: “We want to find out how a recyclable pavement could be produced in the future. To do this, we are using digitalized methods in road construction for the first time,” explains Arraigada.

A string-reinforced road surface without bitumen promises several advantages. Since bitumen is extracted from crude oil, air pollutants are released during production and later during use. Also, it makes asphalt susceptible to cracking and deformation and, on top of that, impermeable to rainwater – this too could be overcome. For the researchers, it is also conceivable that rock could be used that is otherwise not suitable for road construction but is less rare. Last but not least, the process allows for a rollable and recyclable pavement. 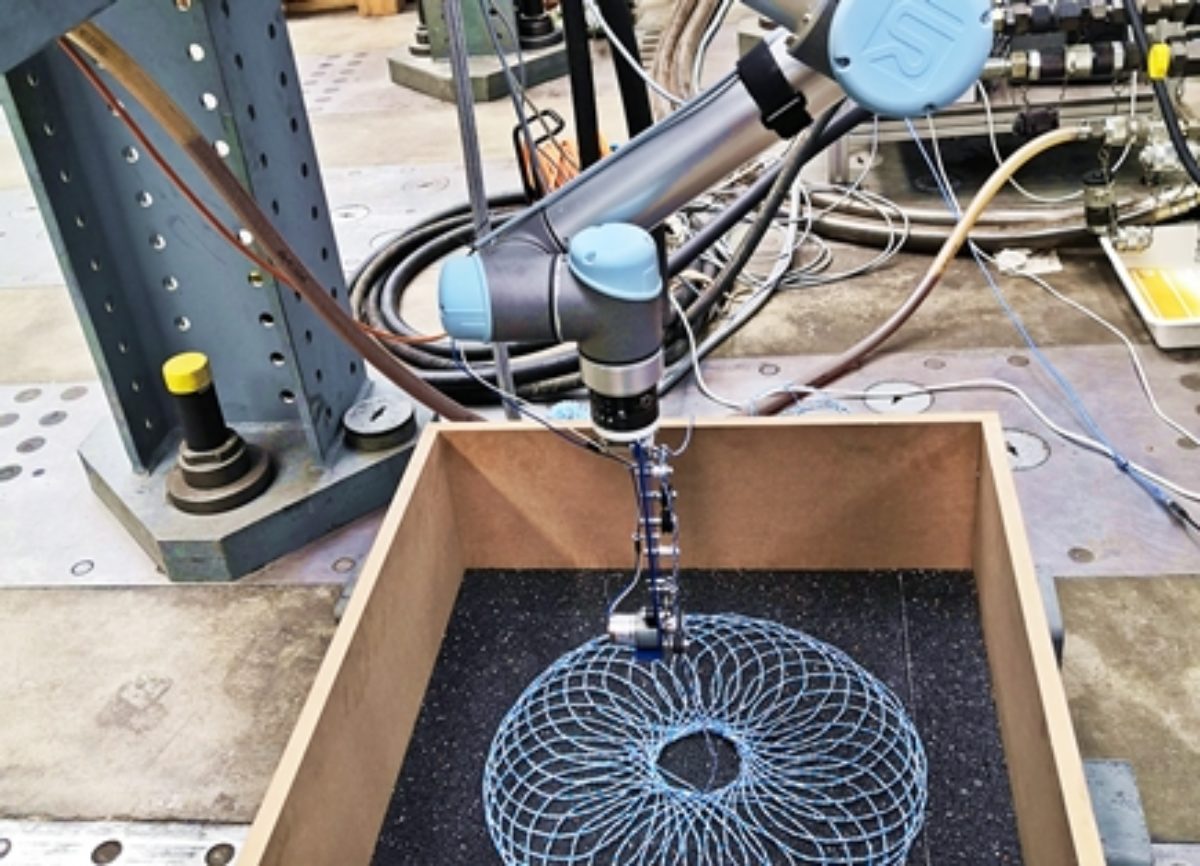 A string and loose gravel

The two Empa researchers are using various experimental setups to test solutions for the above-mentioned aspects. A robotic arm plays a central role. It places the string in a programmed pattern on the layers of gravel stacked on top of each other. For the mechanical tests, five of these layers of gravel and thread are placed on top of each other in a test box, with the floor of the box covered with a rubber mat that fixes the whole package to the ground. It simulates the deformable bed, to which the pavement is applied. The fact that the string is the same as the one used by every Swiss citizen for bundling waste paper shows that Empa researchers are breaking completely new (and cost-effective) ground here.

The research of Martin Arraigada and Saeed Abbasion has not yet resulted in a commercial product ready to be used in road construction. However, their research provides innovative potential to get closer to a recyclable and possibly rollable road pavement with simple means.