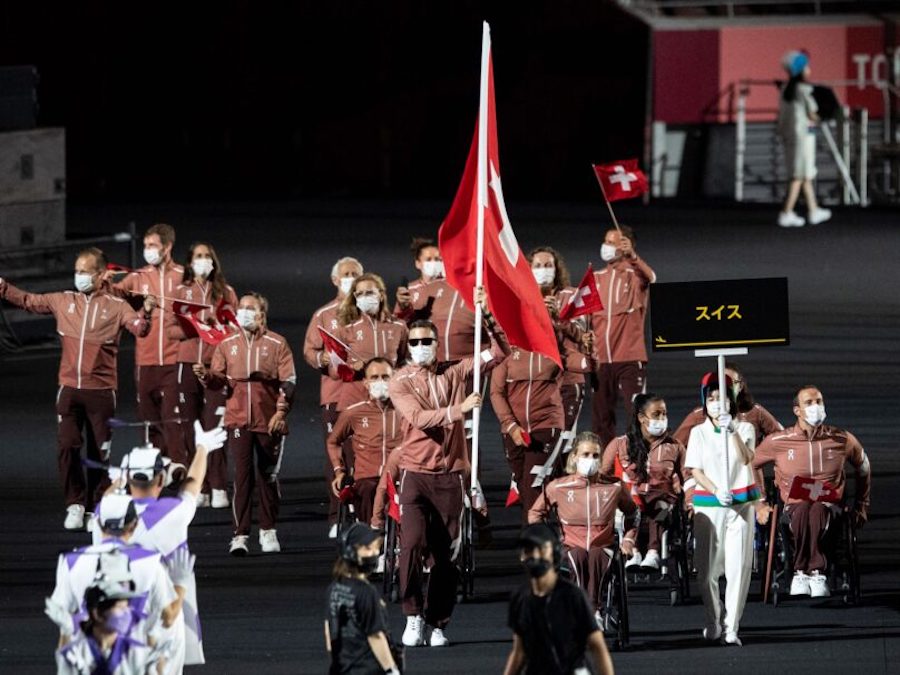 At the opening ceremony of the Paralympics, the Swiss team entered the new national stadium as 7the 7th nation (©︎Swiss Paralympic).

At the Tokyo2020 opening ceremony, Sprinter Philipp Handler and wheelchair athlete Schär carried the Swiss flag into the stadium. Switzerland has been taking part in the Paralympics since its start in 1960. In Tokyo, 13 Swiss female athletes and eight male athletes are competing. Delegation head Roger Getzmann has forecast that the Swiss team may win six medals, half of the tally of the Summer Games in London 2012. The main reason for the falling number would be the “enormous professionalization” of para-sports, Getzmann said.

In athletics, experienced athletes dominate the team. Beat Bösch, a 100 meters runner, is already participating in his sixth Paralympics. Manuela Schär is a multiple world and European champion and came to Tokyo for her fourth Paralympics. Her teammate Marcel Hug had won gold at the Paralympics in Rio de Janeiro 2016 in the 800 meters and the marathon. In Tokyo, he competes in a new wheelchair developed as a joint project of ETH Zurich, Orthotec, Sauber, Swiss Side, and the Swiss Paraplegic Foundation. 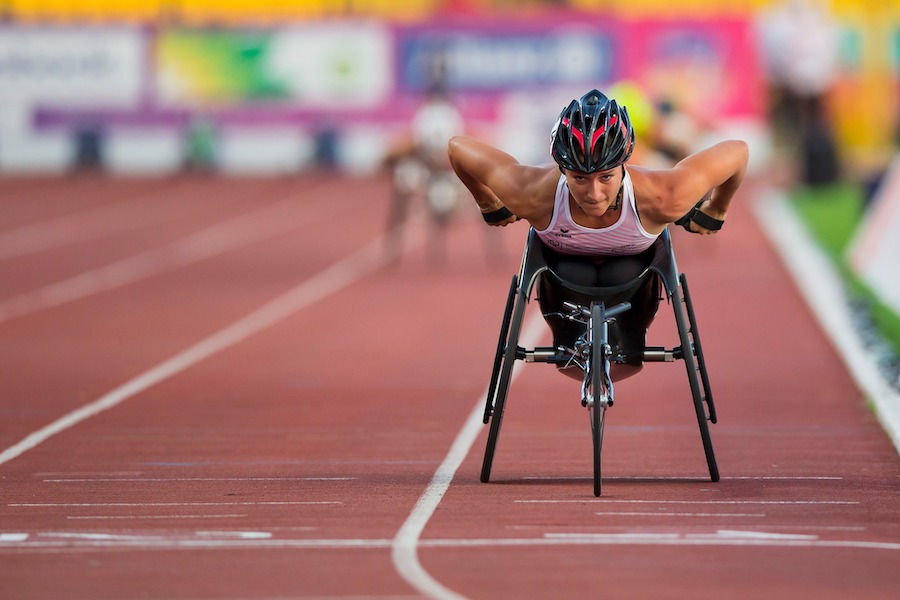 Cyclist Tobias Fankhauser won bronze on the road in Rio, while Fabian Recher is celebrating his Paralympics premiere. In swimming, it is the first Paralympics for youngsters Leo McCrea (17) and Nora Meister (18). At the last World Championships, Meister won gold twice and set a new world record in the 400 m freestyle. 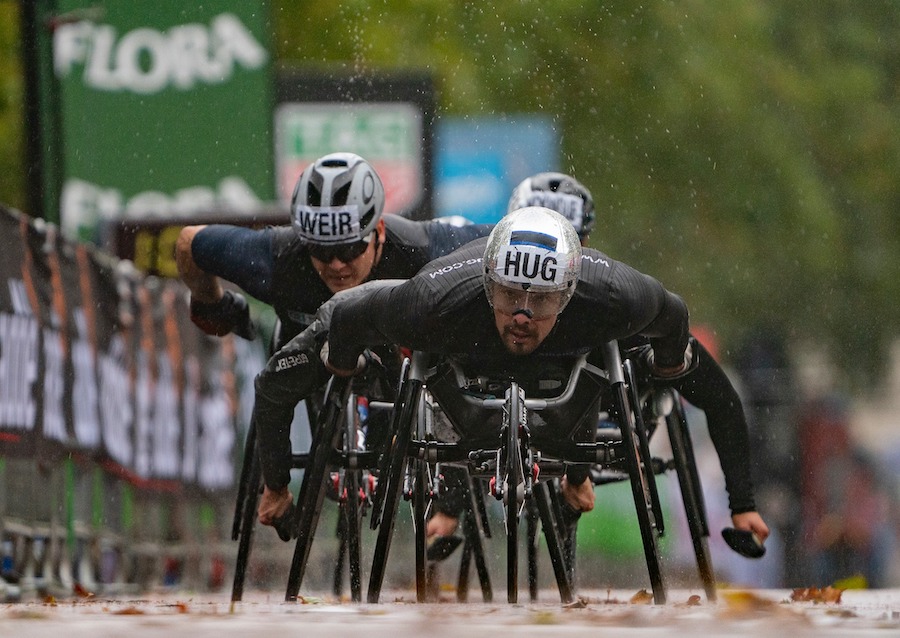 Tennis player Nalani Buob and badminton player Cynthia Mathez are two more newcomers. Dressage rider Nicole Geiger starts on her horse Amigo. Sports shooter Nicole Häusler built an air rifle shooting range in her backyard. She secured a place on the starting grid in Tokyo as the best woman in the H2 sports class, where women and men compete together. And table tennis player Silvio Keller was finally post-nominated from vacation.

The Swiss Wheelchair Athletics Paralympics Team held their pre-camp session in Oita City, an Inclusive Host Town of Switzerland for the Tokyo 2020 Olympic and Paralympic Games. Fukushima City, another Swiss host town, welcomed Swiss badminton para-athletes. The Embassy of Switzerland in Japan developed a wide range of exchange programs with both cities, including school exchange programs and Swiss Fairs.

The Paralympics of Tokyo2020 with 540 competitions will end on September 5. Over 1.7 million Swiss people live with a disability – more than 15% of the population.

Text: Martin Fritz for SCCIJ partly based on Swiss Paralympics