Tokyo (SCCIJ) – Paraplegics are being given new hope by Swiss researchers who have come up with a technological breakthrough that is helping people who have suffered spinal cord injuries to walk again. Thanks to neurotechnology, two Swiss scientists have re-established the connection between a person’s legs and their brain for the first time, as the House of Switzerland reports. The SCCIJ is also doing its small part to support this huge and relevant endeavor.

STIMO is the name of the clinical study that has helped three paraplegics to walk by themselves, aided only by crutches or a walking frame. Grégoire Courtine and Jocelyne Bloch, two Swiss scientists from the University Hospital of Lausanne and the Swiss Federal Institute of Technology in Lausanne, have been leading the research that helps people who have suffered spinal cord injuries to regain control over their leg muscles. This is done using an implant, a world first in the history of science.

“First we tested this technology on lab animals in order to determine which areas to use and how the electrical stimulation would reach those areas,” explains neuroscientist Grégoire Courtine. “After more than ten years of research, we were able to establish precisely how the brain activates the spinal cord. We demonstrated for the first time how a rat with a paralyzing injury can recover voluntary use of its paralyzed limbs.”

The Swiss scientist continued: “Then we repeated the experiment on a primate. It’s groundbreaking because it’s never been done before. It’s really about the willpower to want to walk again which makes the brain develop pathways to communicate with the injured part of the back.” Thanks to the promising results from the animal experiments, the team of scientists secured the right to carry out a clinical trial for paraplegics. 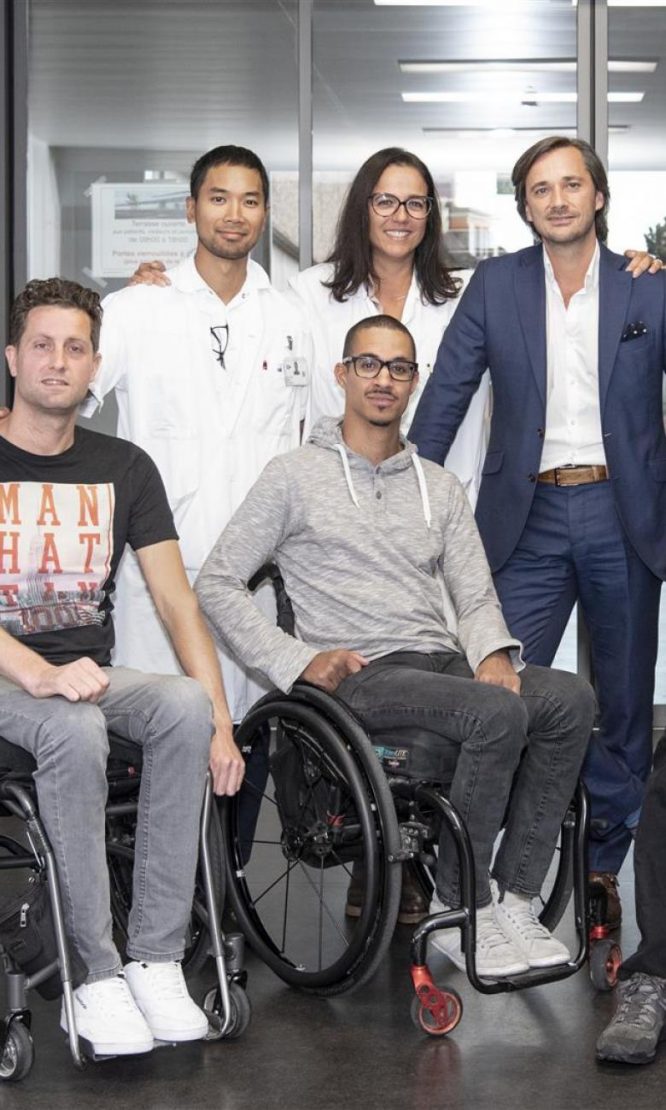 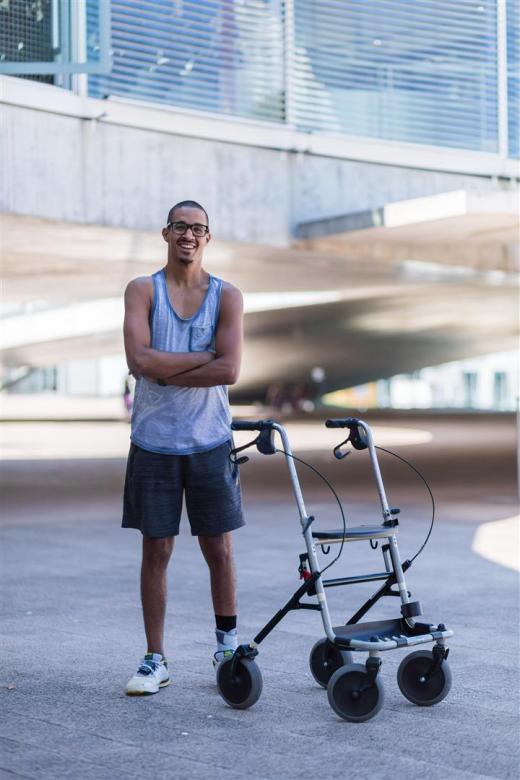 Surgery is required to successfully reconnect the brain and the legs, which involves implanting electrodes above the spinal cord injury. “What’s key is that the last six centimeters of the spinal cord are intact, because that’s the part that activates the legs and it’s where we implant the electrodes,” explains Jocelyne Bloch, the neurosurgeon operating on the patients in the trial.

“However, treatment is only possible if the patient’s neuromuscular system hasn’t undergone atrophy,” adds Courtine. The electrodes that are implanted in the spinal region transmit an electrical stimulation that makes it possible to reconnect with the brain. The experiment has been a success. At the end of October, a sixth person suffering from paraplegia as a result of an accident – just like the other patients – also began taking part in the clinical trial.

Note: The Swiss Chamber of Commerce and Industry in Japan has decided to support the “Cybathlon Wheelchair Series 2019” in May in Kawasaki with a donation. Cybathlon is an event created and organized by the Swiss Federal Institute of Technology Zurich (ETH Zurich) and involves races of pilots with disabilities and their engineering teams in six different disciplines.


Text and photos: House of Switzerland