Tokyo (SCCIJ) – The town of Nagara (Chiba pref.) has inaugurated the “Grandvaux Spa Village”, a resort-type glamping area inspired by the Swiss town of Grandvaux. The background: Nagara and Grandvaux have been twin towns since 1979. H.E. Mr. Jean-François Paroz, Ambassador of Switzerland to Japan, attended the opening ceremony.

The event marked the 16th station of the Grand Tour of Switzerland in Japan, an interactive map that showcases many locations in Japan with a special link to Switzerland. On some locations, events or Swiss fairs are organized as part of the physical Grand Tour. 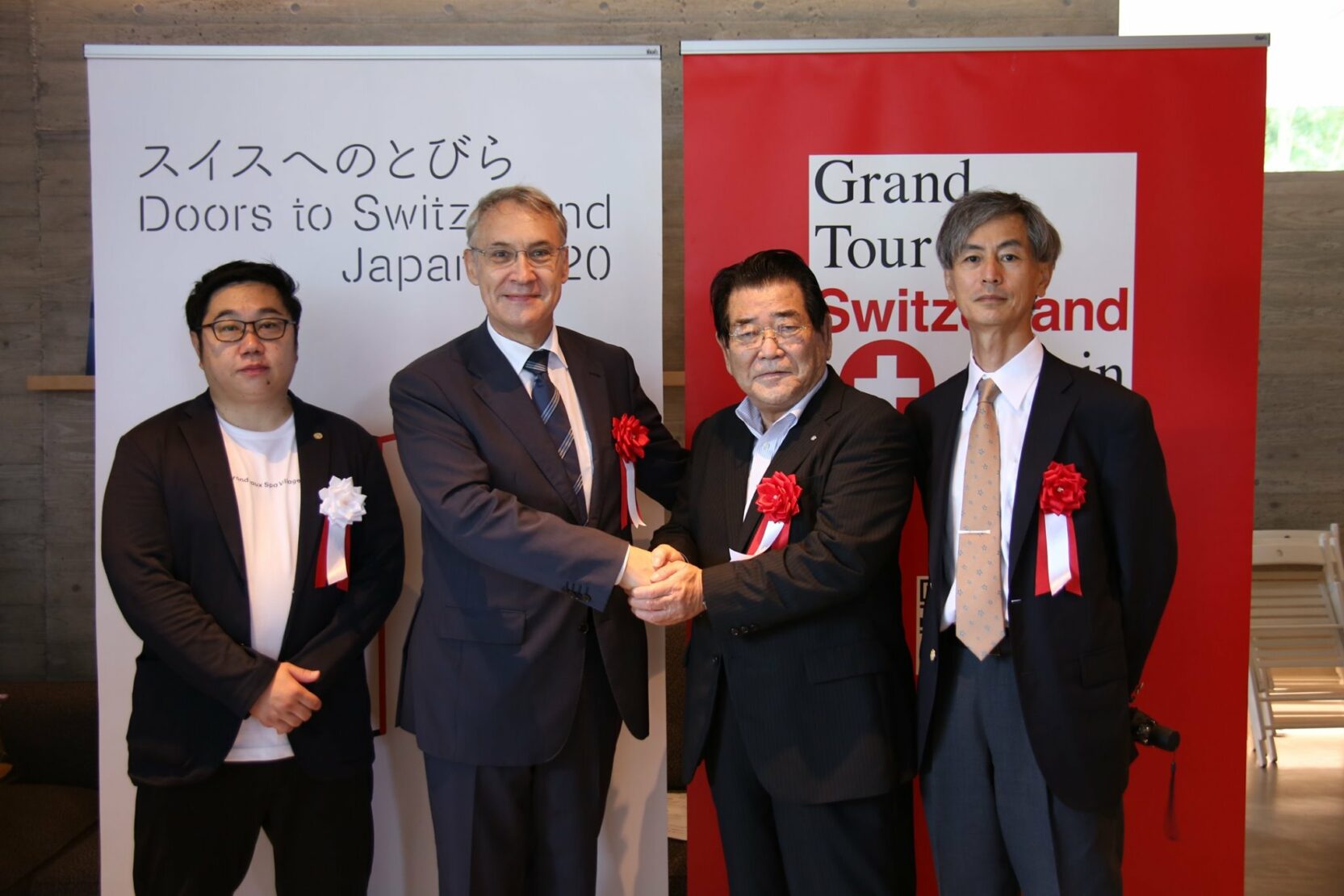 This Swiss-Japanese relationship began in the autumn of 1971 when Emperor Hirohito and his wife left their home country, a first for a tenno in Japan’s history. In 18 days, the imperial couple visited seven countries in Europe. On October 19, 1971, they came to Switzerland to see the vineyards on the shores of Lake Geneva. At Saint-Amour, they were welcomed by vineyard owner Samuel Porta, who was also the mayor of Grandvaux at the time.

Following this visit, Grandvaux maintained a close relationship with Furusato-Mura, a district in the village of Nagara. Located in the heart of the Boso Peninsula, about 50 kilometers southeast of Tokyo, Nagara town is a typical Japanese small town on the outskirts of the city, away from the hustle and bustle of the city in a forest resort of 3.3 square kilometers amid its abundant nature. After eight years, in July 1979, the two villages signed a sisterhood agreement which led to numerous exchanges of delegations as well as wine. At about the same time, the Embassy of Switzerland in Japan donated the building of the former Swiss Embassy to the resort village in Chiba prefecture. 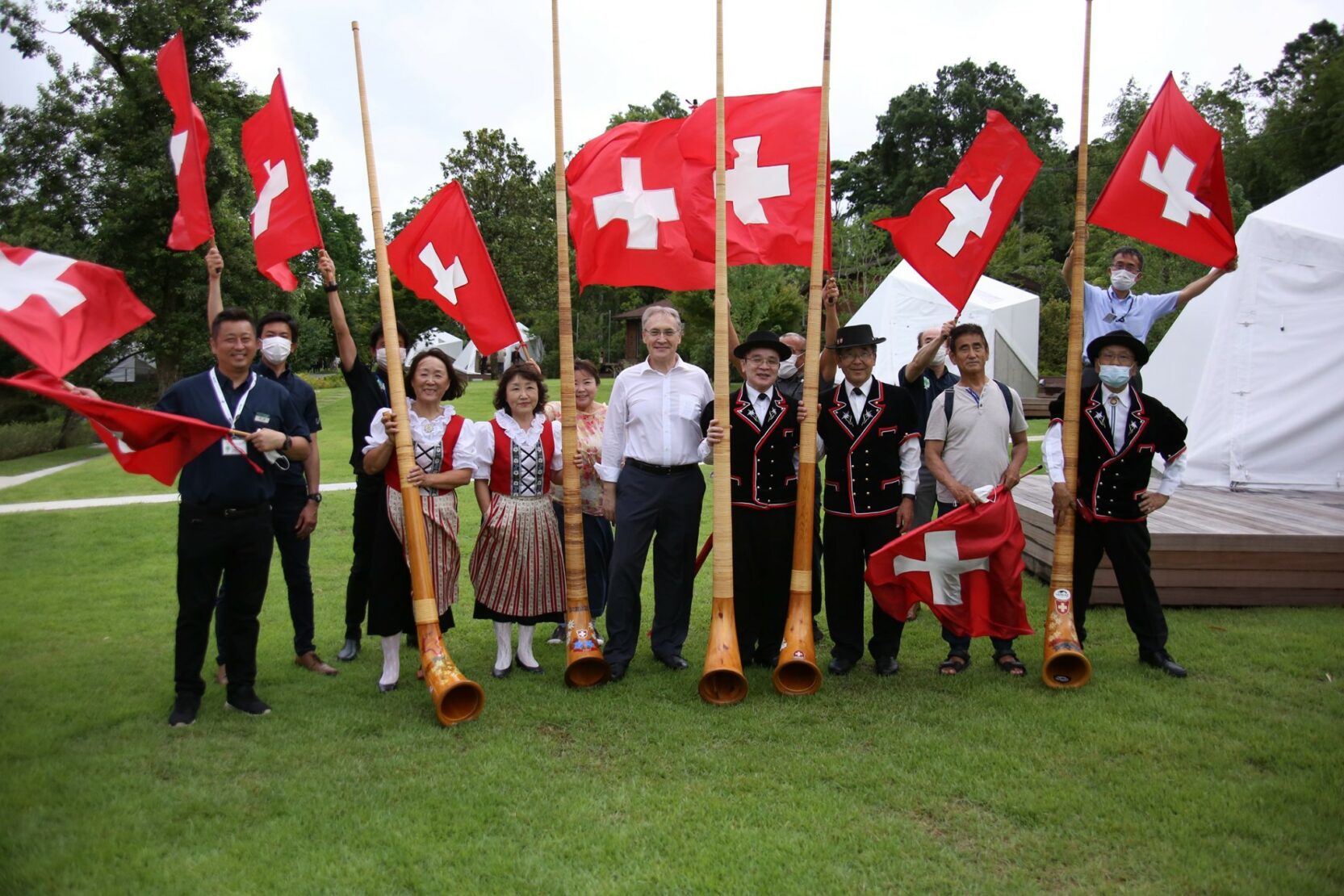 Situated quietly on the northeastern shore of Lake Geneva, Grandvaux has about 60 hectares of vineyards. The quality of the wines is well known among experts. The village’s proximity to a lake allows the grapes to absorb the sun’s rays, reflections from the lake, and the heat stored in the terraced walls of the vineyard. It grows to be a subtly fruity, dry wine.

In 2011, Grand Vaux was integrated into Bourg-en-Lavaux. However, the exchange between the two parties has continued unabated. In 2018, the winegrower Yves Porta, grandson of the mayor who had welcomed emperor Showa, invited Etsuro Honda, Ambassador of Japan to Switzerland, to visit his family’s vineyards. 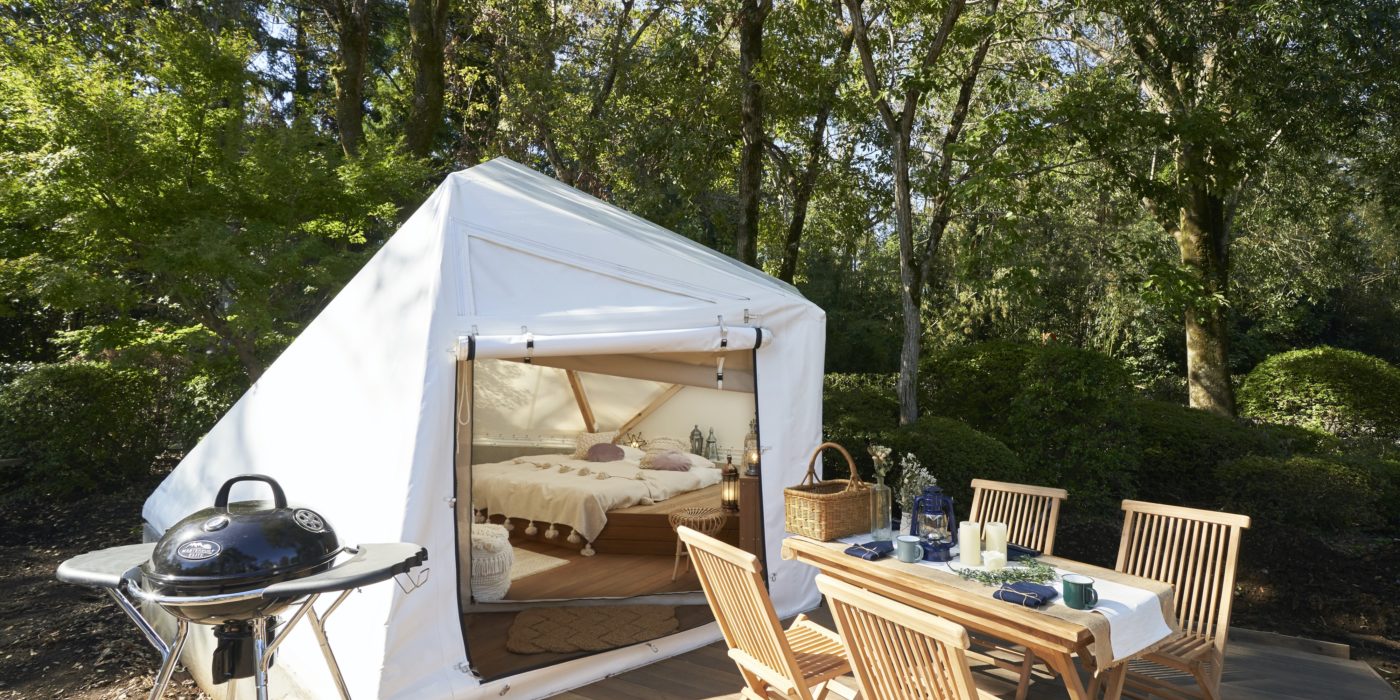 A glamping scene of the new Grandvaux Spa Village (© Switzerland Embassy in Japan).

Now, Nagara has used its knowledge of Switzerland to create a “spa village” with Swiss elements. The opening ceremony turned out to be another perfect occasion for Switzerland and Japan to celebrate their long-lasting friendship. Swiss touch was evident with Tamagawa Alphorn Club performing, wooden huts reminiscent of Swiss mountains chalets, a swimming pool named “Lac Léman”, and a restaurant named “Suisu-Tei” – the former Swiss Embassy building now registered as a “Tangible Cultural Property” – being shown to the attendees.

Text: SCCIJ based on material of Grandvaux Spa Village and Doors to Switzerland