Tokyo (SCCIJ) – The Lausanne-based “Race for Water Foundation” will use the year of the Olympic Games for a promotion blitz in Japan. Its petrol-free vessel “Race 4 Water” will reach Japan’s shores on its five-year-long journey around the world to put the spotlight on a project to collect microplastic waste from the ocean. Professor Gunter Pauli, a board member of the foundation, explained the cleaning project and the vessel’s technology at a luncheon organized by the Zero Emissions Research and Initiatives in Shibuya. 15 SCCIJ members were among the 40 participants. 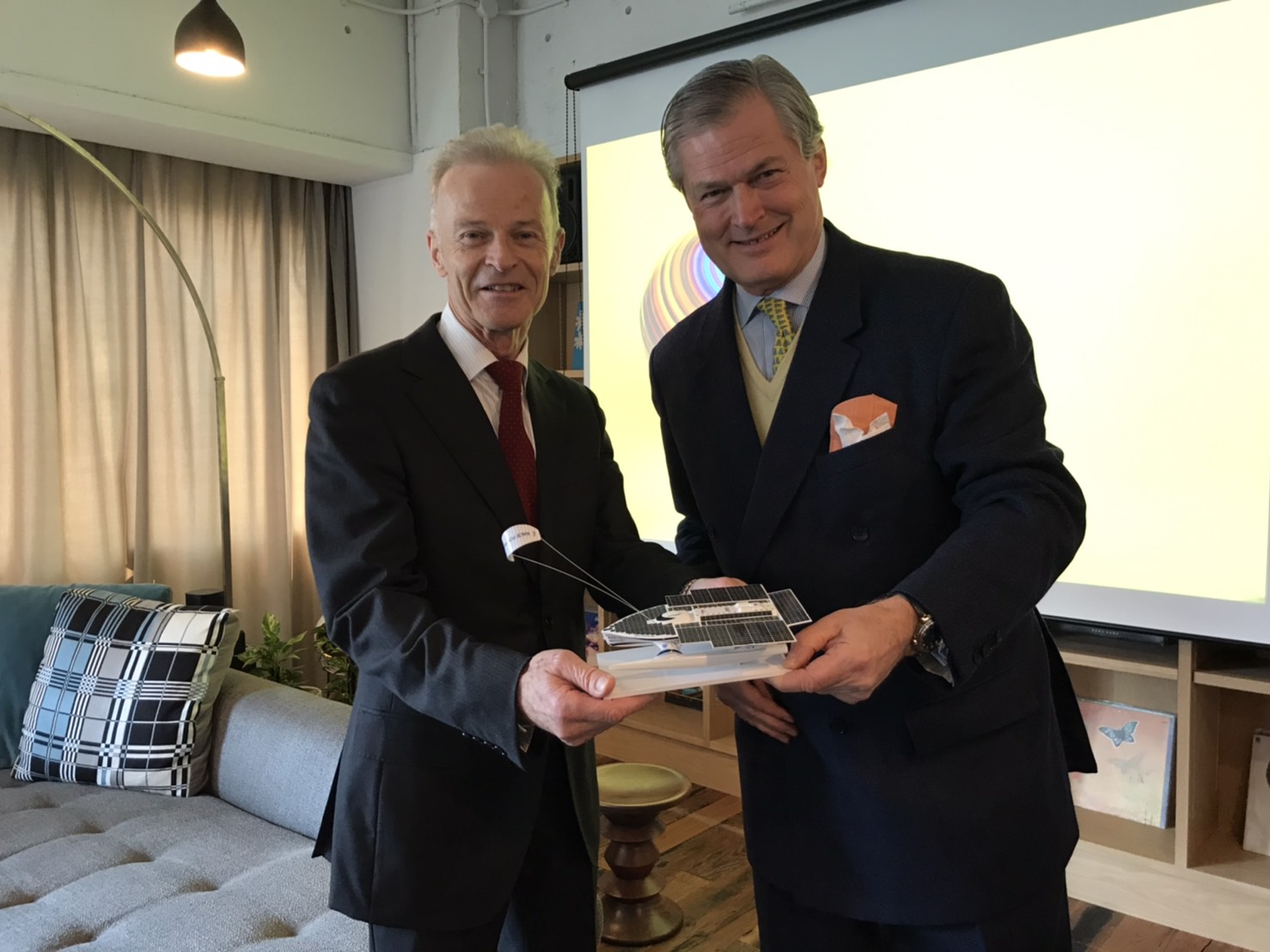 Created in 2010 by Marco Simeoni, a Swiss entrepreneur passionate about the sea, the “Race for Water Foundation” is an organization dedicated to the preservation of water and the oceans. Through its expeditions, it studies and denounces the extent of the disaster of plastic pollution on ecosystems, while providing pragmatic and relevant solutions to prevent plastic waste from reaching waterways.

Professor Pauli came to Japan for the first time in 1980 and founded several businesses there. “Then I went into more research and forward-thinking and ended up creating several disruptive innovations,” he told his audience. These innovations had one characteristic in common: they were all inspired by nature. In 2020, he will spend at least six months in Japan, Pauli announced at the luncheon, due to 13 stopovers of the foundation’s vessel including at the ports of Fukuoka, Oita, Okayama, Hiroshima, Kobe, Osaka, Nagoya, and Tokyo.

“We want to bring our set of innovations to Japan to surprise people,” he said. “There is too much bad news and worry about how we can go forward. 68% of the Japanese reach for their smartphone after waking up in the morning, but this way, they will never be creative, innovative, and positive. Better to say good morning to your partner and look to the sky,” he told his audience. 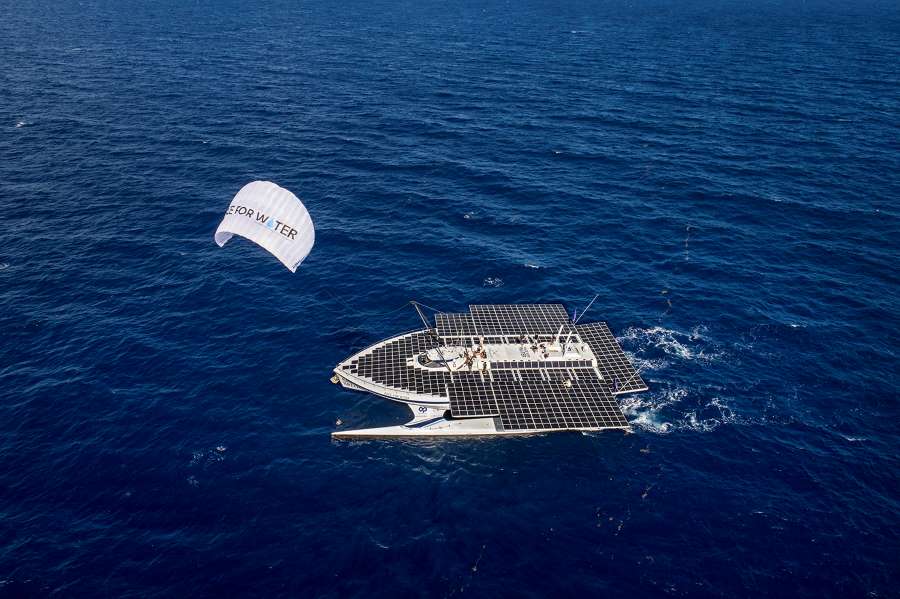 The propulsion of the R4W vessel uses three sources: solar to produce hydrogen from seawater, and to fill 8 tons of batteries, and the kite. Five hundred twelve square meters of solar panels cover the boat, and its lithium-ion storage batteries give it a 36 hours energy autonomy. The modern-day kite when used on land combines three traditional tools. First, the yo-yo initially invented by the Greeks for young boys to control their anger. Second, the kite created 9,000 years ago in Indonesia to reach the gods. Third, the cuckoo clock designed in Germany in 1620 that translated one ticktack second into eight days of stored energy. “If you pull the three technologies together, add artificial intelligence and robots, then you see the vision for the future provided by our boat,” Professor Pauli explained.

The 40 square meters big, self-piloted kite wing deployed at 150 meters altitude alone can speed the boat to 4 to 8 knots. “This kite allows you to have energy at 3.4 cents per kilowatt-hour, day and night, as long as you have the AI to manage your little flick and as long as you have the information of the meteorology around you, you always have power,” he said. “This is what we want to bring to Japan.” Also, solar electricity produces hydrogen. 200 liters of this gas is stored at a pressure of 350 bars in 20 bottles. Two fuel cells deliver more than 2,600-kilo watt-hours of electricity. This other source increases the energy autonomy by up to six days at a speed of 4 knots.

“This is the only Swiss flagged boat that will arrive in Japan in modern history,” the speaker exclaimed. “We will use this to draw attention to the need to address the plastics problem in the ocean.” Already in 2015, Race for Water launched its first odyssey to make a global assessment of marine plastic pollution. The findings were clear: “plastic islands” do not exist. Only 1-3% of plastics remain on the surface. “We are facing a veritable soup of toxic microplastics with catastrophic effects on the marine fauna and the entire food chain,” the foundation concluded. With a second around the world 5-year expedition currently underway since 2017, including some 35 country stopovers, the Race for Water Odyssey’s mission is to raise awareness, identify, promote and deploy local solutions for transforming plastic waste into energy.

Now, during the stopovers in Japan in 2020, the foundation plans to install 3,400 collecting points on land for every kind of plastic. On 28 March, it will present its project of a seaweed curtain off the coast at Fukuoka’s UNESCO World Heritage Site at Munakata Taisha. “It will capture microplastics and create a plastic-free zone in the ocean,” Professor Pauli announced. The business model behind this: The seaweed will be collected and fermented to generate biogas for electricity production. Only three percent solids will be leftover, including the collected microplastics. “We want to surprise the Japanese with this initiative,” Professor Pauli summed up his message.