“We are the leading payload fairing suppliers,” said Peter Guggenbach, RUAG Space CEO. “Now we are truly global, supplying to the launcher industry on three continents.” RUAG Holding, headquartered in Bern and wholly owned by the Swiss Confederation, focuses on core aerospace and defense businesses. 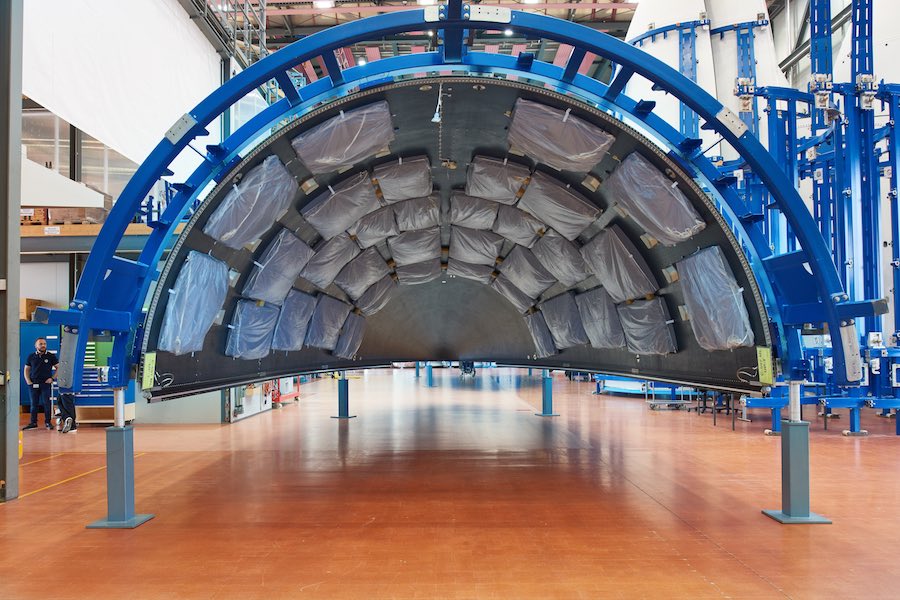 The H3 is the new Japanese flagship launch vehicle, which is being developed by the Japan Aerospace Exploration Agency (JAXA) and MHI to succeed the H-IIA and H-IIB rockets. It will be 63m high with a diameter of 5.2m.

RUAG Space payload fairings and supporting structures are planned to be used on three resupply missions to the International Space Station, which will be done by the HTV-X cargo spacecraft.

The HTV-X is a planned successor to the HTV Transport Vehicle, which has been used for resupplying the International Space Station since 2009. Its first flight is expected in the Japanese Fiscal Year 2021.

“We are delighted to receive support of RUAG, a highly experienced and trusted supplier of space products,” said Masahiro Atsumi, Vice President & Senior General Manager for Space Systems at MHI.

RUAG offers several sizes of payload fairings, from a diameter of 0.7m for small launch vehicles up to 5.4m fairings. Almost 300 launches have taken place since 1979 with RUAG fairings on board – with 100% mission success. RUAG Space also develops and produces interstage adapters and other payload supporting structures.

All of these are built in composite technology based on aluminum honeycomb cores with plastic face sheets reinforced by carbon fiber. This ensures the necessary combination of high stiffness and low mass. RUAG Space has manufacturing facilities in Emmen, Switzerland and Decatur, Alabama, USA.

So far, MHI worked with a Japanese partner for standard types of fairings and supporting structures for its families of launch vehicles. Now, such functional parts for the new rocket will come from Switzerland.

RUAG Space is the leading supplier to the space industry in Europe, with a growing presence in the United States. With around 1,300 staff across six countries, it develops and manufactures products for satellites and launch vehicles – playing a key role both in the institutional and commercial space market.

RUAG Space is a division of the international technology Group RUAG. RUAG develops and markets internationally sought-after technology applications in the fields of aerospace and defense for use on land, in the air and in space. 56% of RUAG’s products and services are destined for the commercial market and 44% for the military market.

The Group is headquartered in Bern (Switzerland). It has production sites in Switzerland and in 15 other countries in Europe, the USA and Asia-Pacific. RUAG generates sales of approximately CHF 2 billion and has over 9,100 employees – 400 of whom are trainees.