Tokyo (SCCIJ) – Japan meets Switzerland; that was the idea of Marc Nydegger, a sake expert and online shop operator from Zurich, when he enriched the world of spirits with the first sake-flavored vodka. His company “shizuku” has been importing premium sake from Japan since 2013. The Swiss expert also gives recommendations for recipes and pairings of sake with European cuisine. 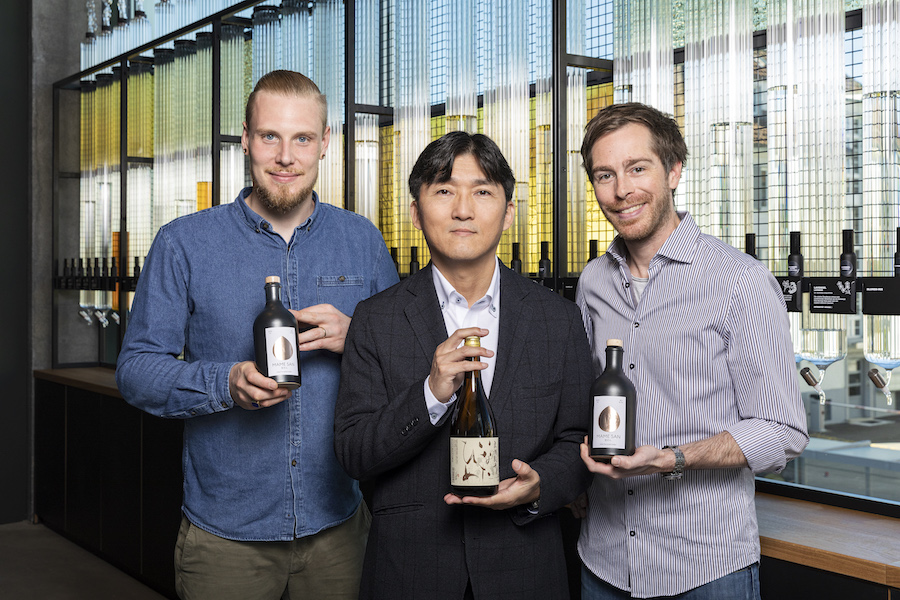 Two passions in one drink

Nydegger teamed up with the Zurich gin distillery Turicum to create the new drink. The result is an innovative spirit that combines the fruits of Tottori with the national drink of Japan and the water of Lake Zurich. He christened it “Mame San” or “Mr. Bean” and filled it in an eye-catching clay bottle. “It combines my two personal passions: The gustatory, cultural aspects of Japan and the quality and innovation of Switzerland,” says the Zurich sake expert.

Vodka is, by definition, a pure grain distillate. Mame San is distilled from three beans from the Japanese prefecture of Tottori: the sword bean, the azuki bean, and the soybean. The addition of sake – the Inatahime Ryokan, a tasty and slightly dry Junmai from the Inata Honten brewery in Yonago (Tottori) – gives Mame San the warm, round umami note. Nydegger recommends to consume it pure, on the rocks, mixed with mineral water, tonic or ginger brew.

“From my first encounter with sake, I was amazed by how complex it can be. When Marc came up with the idea of creating a product with us from three different Japanese beans, including sake, I immediately accepted,” recounts Oliver Honegger, the technical manager at Turicum Distillery and responsible for recipe development and production.

The bean-based and sake-flavored vodka also impressed the Japanese partner in this new product. “Besides Marc’s great knowledge of sake, he also knows the Japanese culture very well and can convey it authentically in Switzerland. I can hardly wait until the first bottles of Mame San are on sale in Japan,” says Shinji Tsukutani, head of the sake brewery Inata Honten. 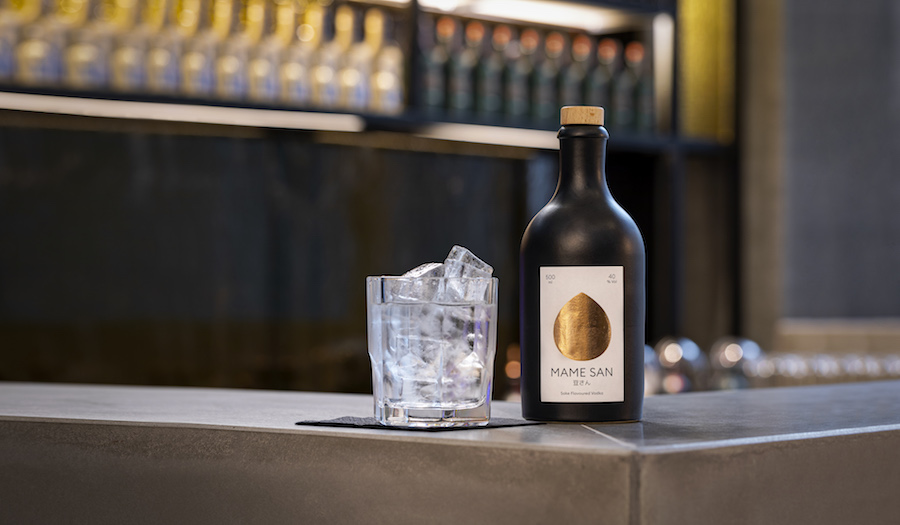 The sake-flavored vodka can be enjoyed on the rocks or mixed with mineral water, tonic or ginger brew (© Nadine Kägi)

Marc Nydegger spent a year as a teenager in a high school in Japan and went on to study Japanology in Zurich, including one more exchange year, this time in Tokyo. As a result, he speaks the language fluently. The Swiss wrote already his graduation thesis about sake or nihonshu, as the Japanese say. In his online shop, he only sells what he likes himself, and personally visits all the breweries of the sake in his product portfolio.

The 38-year-old expert can be considered as a sake ambassador because he convinces bars and restaurants in Switzerland to also include Japan’s national drink in their menus and offerings. At tastings, he teaches interested connoisseurs about the best combinations with Western food. “Sake can replace both white and red wine,” is one of his surprising creeds. For example, he commends to pair the drink with cheese, steak, and fondue.

His efforts are bearing some fruit. The Swiss demand for Japanese sake has been steadily rising. In 2018, imports reached a new high of CHF 642,000. This amount is only a tiny fraction of Japan’s overall sake exports worth over CHF 200 million, though. Thanks to the free trade agreement between Switzerland and Japan of 2009, sake imports are not subjected to customs duties. Ironically, while foreign demand increased rapidly, sake consumption in Japan has declined from 40 percent of alcoholic drinks in 1980 to only 5 percent today.