Tokyo (SCCIJ) – With the Japanese capital organizing the 2020 Olympic and Paralympic Games, and Switzerland as the home of the International Olympic Committee, the second Switzerland-Japan Economic Forum “Sports Values for Business: Experiences from Japan & Switzerland” explored how the values of sports can provide new business opportunities, enhance employees’ motivation and contribute to society at large. The annual forum is a joint initiative of the Embassy of Switzerland in Japan, the Swiss Chamber of Commerce and Industry in Japan and IMD Business School, Lausanne.

The introduction of H.E. Mr. Jean-Francois Paroz, Ambassador of Switzerland to Japan, focused on the strong connection of Switzerland with international sports, ranging from hosting more than 40 sports organizations to the Swiss company Omega as the timekeeper of the Olympic Games. Sports and business would have much in common by both being driven by the Olympic motto “faster, higher, stronger”. “With this in mind, the second edition of the forum is dedicated to sports values for business,” the ambassador said.

The President of Japan’s Olympic Committee, Mr. Tsunekazu Takeda, in his remarks emphasized the uniting power of sports which would be at the heart of the Olympic movement. The moment had come to move from preparation to practice. There would be many opportunities to check the preparations during this year. With a view to the enterprises supporting the games with money, he said: “I am certain that the sponsors of the Olympic Games will gain improvements in their corporate values.” 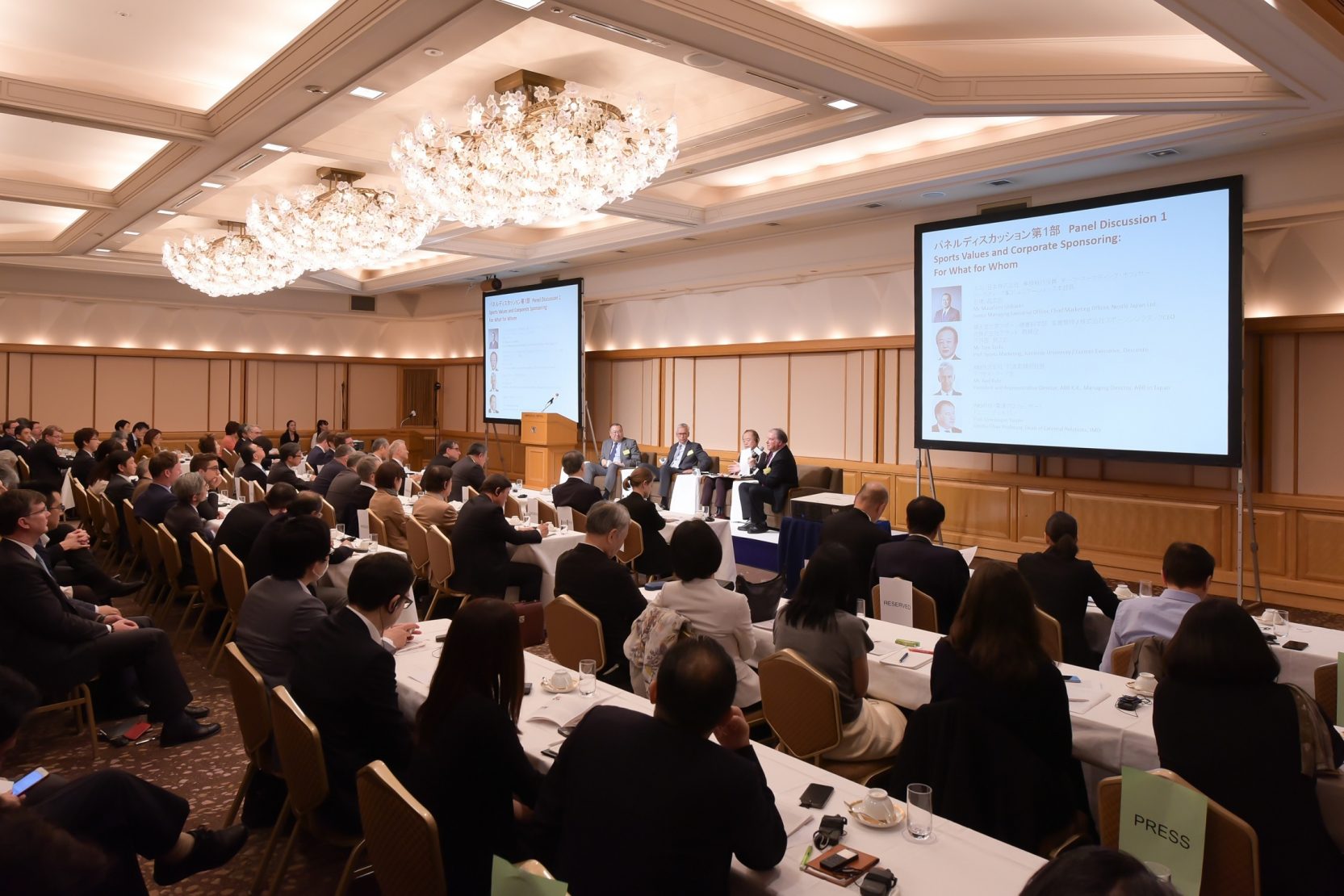 In his keynote for the forum, Mr. Dominique Turpin, Dentsu Professor at IMD Business School and its Dean of External Relations, presented some interesting insights into sports sponsoring. He defined a sponsorship as a “commercial exchange between two parties, each pursuing its marketing objectives”. According to a survey among sponsors, their main motivations were to reinforce loyalty, to strengthen awareness for the brand and to reinforce the brand image.

Sponsoring would be preferred to other means of communication because it created a better-defined audience in a controlled environment as well as plenty of emotions and shared values, and allowed communication with the target audiences without direct competitors interfering with their own message. As an example, Professor Turpin mentioned the long-term Shell sponsorship of Ferrari.

Sports would be by far the biggest sponsorship vehicle because it appeals to broad demographic audiences and would be emotionally involving. “Like in business, sports are competitive and dynamic in nature,” the keynote speaker said. The sponsors could demonstrate team spirit – especially with team sports – and focus on key values like innovation, tenacity, and others.

As key success factors for sponsorship, Professor Turpin mentioned that the sponsor object needs to fit with brand values, corporate objectives, and target audience interests. Also required would be the consistency and longevity of the sponsorship and adequate resources. Finally, sponsoring needed to be a part of a total communication strategy and the right key performance indicators had to be set. 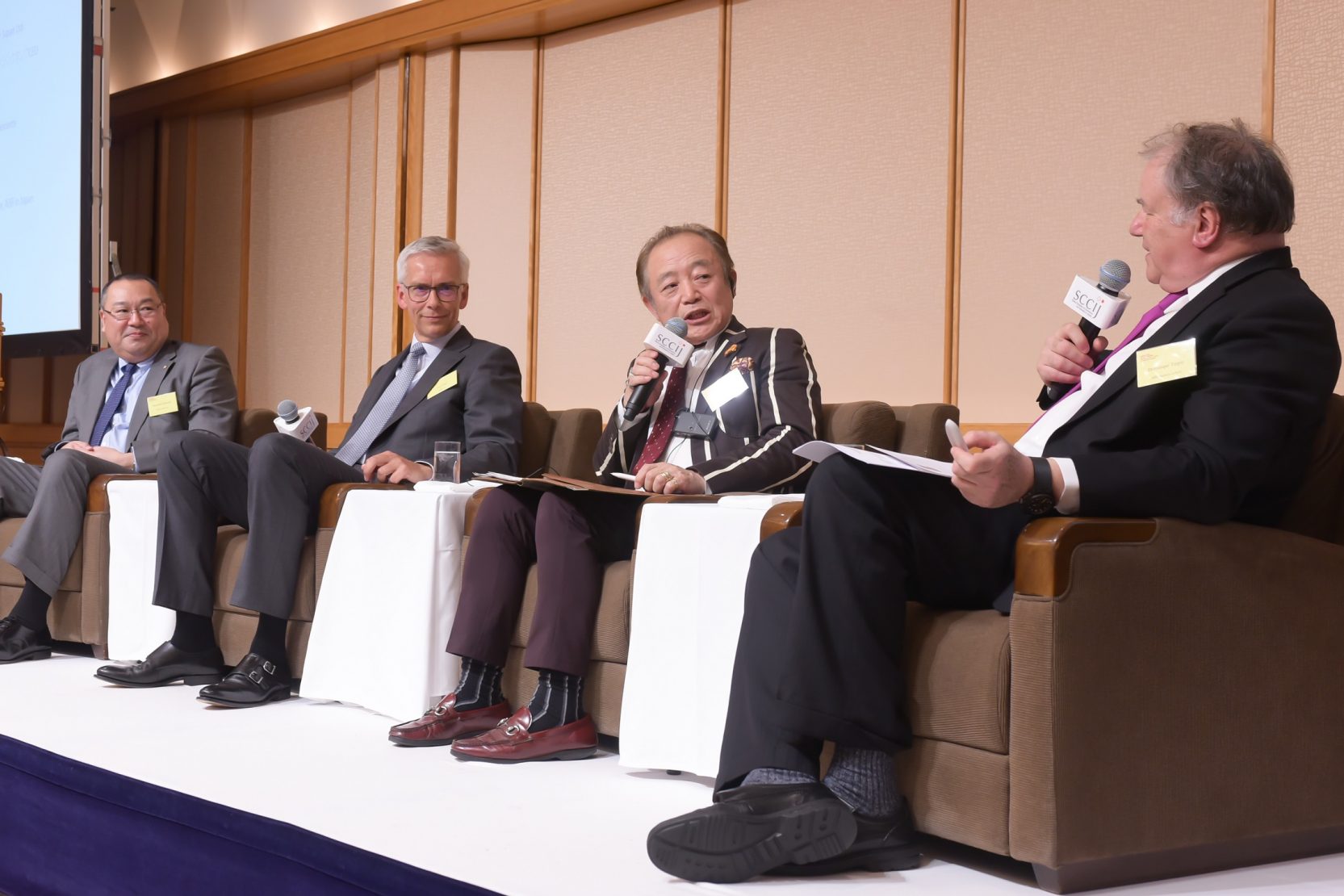 Mr. Tom Toida, Professor of sports marketing at Juntendo University and CEO of Sports Think Tank, had one main message for the audience. Sports marketing had to aim at the top position because nobody knows the number two, Toida said. As an example, he mentioned the marketing of the winter sports location Niseko by the slogan “Japow”, a term created by combining “snow” and “Japan”. A high price, high quality, and limited access would create a longing to visit and experience Niseko.

Mr. Axel Kuhr, President and Representative Director of ABB Japan, explained why ABB had decided to become a sponsor of the “Formula E” championship. “Our industries are changing dramatically,” he said. “Thus, we cannot succeed with motors and automation only anymore.” Everything would turn digital which would force ABB to reposition itself. Formula E would signal the future, reflect the electricity value chain and point to the future of mobility.

Mr. Masafumi Ishibashi, Chief Marketing Officer of Nestle Japan, surprised the forum audience with his statement that Nestle would not be interested in sponsorship. “Nestle is a corporate brand whereas we have about 2,000 individual brands,” he explained. Thus, marketing would depend on the country and the business location. One exception would be the sponsorship of the World Marketing Summit in Japan. 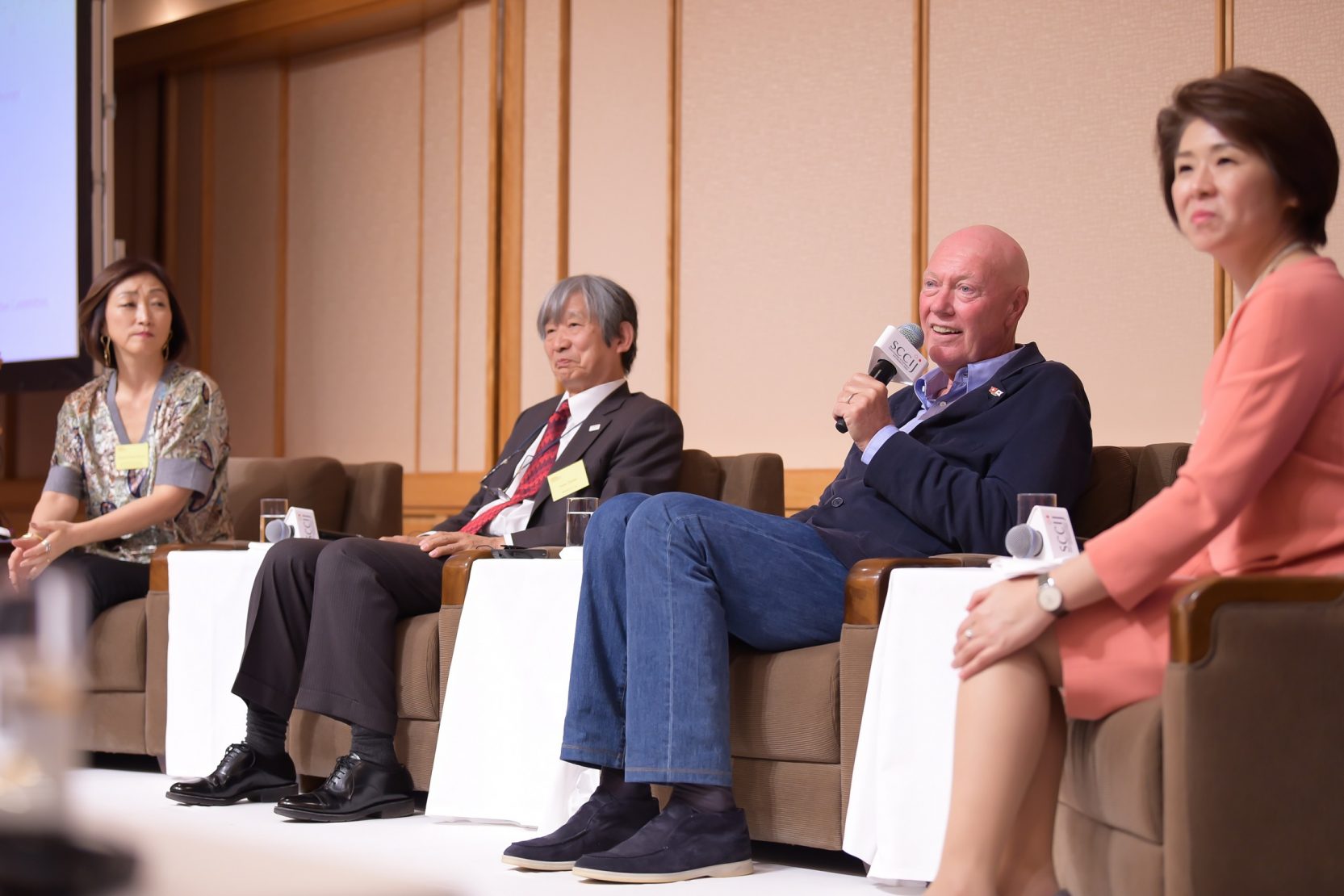 Sports Values for Motivation and Productivity

Ms. Miyako Tanaka-Oulevey, Sports Psychology Consultant, IOC Marketing Committee Member and a bronze medal winner in synchronized swimming, explained the “performance enhancement” model she uses in her mental coaching of individual athletes and of sports teams. The various performances would be spiritual, physical, technical, tactical and mental. “Also needed are the control of emotions and resilience,” she explained.

Mr. Isamu Tatsuno, founder and CEO of the sports textile maker Montbell, told the audience that adventure was one of the driving forces of his life. This would require concentration, endurance, judgment power and decision making. “Adventure is sports without competition where you try to overcome your limits,” he said. His company uses the “Japan Eco Track” campaign to promote outdoor activities. Interestingly, the campaign is financed by a membership organization.

Finally, Mr. Jean-Claude Biver, a manager legend of the Swiss watch industry, gave his viewpoint about sports values. “Sport is a language,” he started out. The Swiss watch industry has done a lot for sports by giving it a completely different image and emotion with the aspect of timing and becoming its timekeeper, he argued. “The Swiss watch industry was also the pioneer in investing into events and athletes,” he added. His conclusion: If you invest in sports, you can create an incredible emotion, thus sports people and sports events are influencers in the modern sense.