Tokyo (SCCIJ) – The Swiss biotech T3 Pharmaceuticals AG has won the Swiss Economic Award 2021 in the category High-tech/Biotech. It is the most important prize for young entrepreneurs in Switzerland. 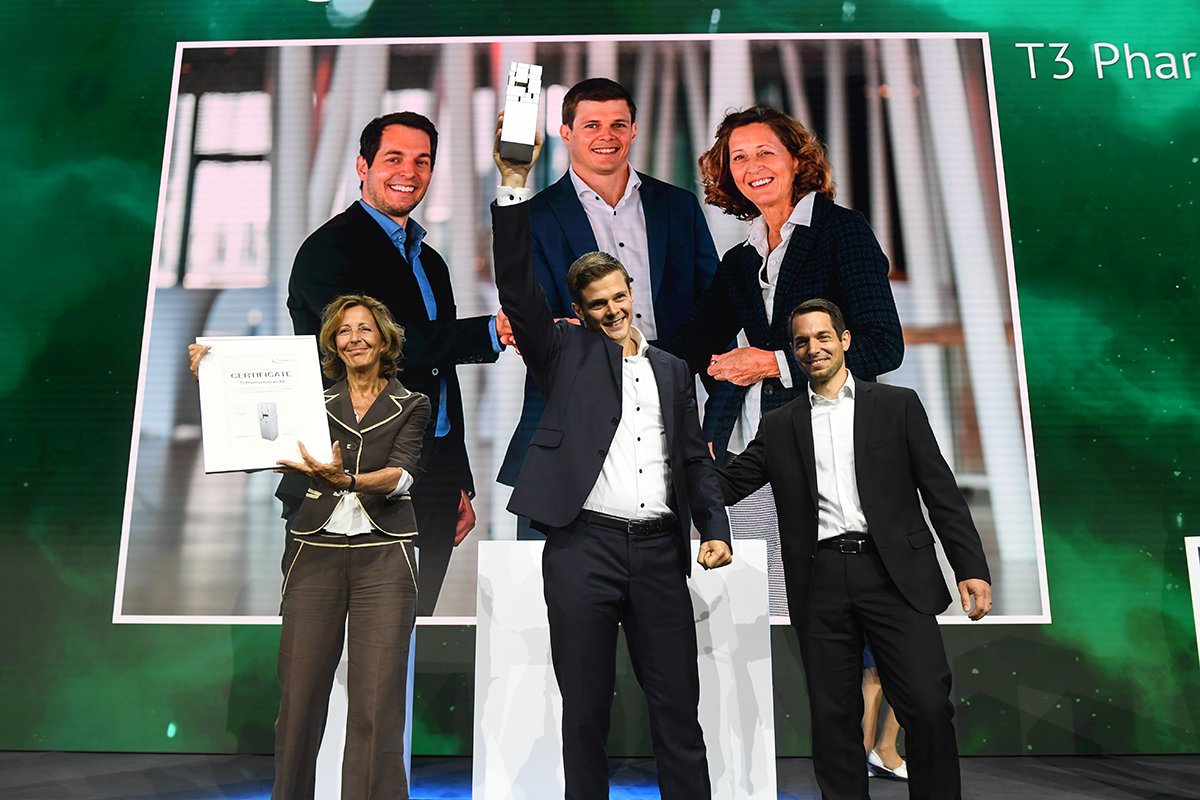 T3 Pharma is a biotechnology company developing bacteria-based immuno-oncology therapies to treat solid tumors. The company has built a proprietary protein delivery platform by repurposing a specific bacterial secretion system. This system called T3 gave the company its name. Its lead product is expected to enter the clinic in 2021.

The technology is built on the discovery that the bacterial type III secretion system (T3) can be repurposed to deliver chosen proteins into eukaryotic cells.1 T3 Pharma’s live bacteria vehicles have been optimized to accumulate and grow selectively at solid tumors, where they produce and deliver the therapeutic protein.

“We are honored to receive such a prestigious prize from the Swiss Economic Forum”, commented Simon Ittig, CEO of T3 Pharma. “We would like to thank the jury for recognizing the potential of our bacteria-based cancer therapy and our work.”

T3 Pharma was founded in 2015 as a spin-off from the Biozentrum of the University of Basel. Since then, it has raised a total of 40 million CHF in funding from investors, including the Boehringer Ingelheim Venture Fund, Reference Capital SA, Wille Finance AG, and private Swiss investors. The latest funding round with over CHF 25 million was closed in July.

The Company was among the first to receive support from the BaseLaunch accelerator program. It has gone on to win a W.A. De Vigier Foundation Award in 2019, was named “2018 Science Start-Up of the Year” by Falling Walls Venture, and came first in the Venture.ch Business Plan Competition in 2016.

The Swiss Economic Forum (SEF) is Switzerland’s leading economic conference. Launched in 1998 and now in its 23rd edition, it evolved into Switzerland’s most important business event with an international reach. The forum is operated by NZZ Connect. The branch of Neue Zürcher Zeitung AG in the canton of Bern was created this year by the merger of Swiss Economic Forum AG with its long-time parent company NZZ.

The platforms and initiatives of the Swiss Economic Forum promote an entrepreneurial way of thinking and actively support startups. The Swiss Economic Award is presented each year at the SEF. It is the most important prize for young entrepreneurs in Switzerland and is awarded to the three most successful startups in three categories.

Besides T3 Pharma in the high-tech/biotech field, the Swiss Economic Award 2021 went to Planted Foods in Zurich (plant-based meat) in the field of Production/Commercial and GuestReady (management of short- and long-term rentals) in the field of service.