Tokyo (SCCIJ) – Freitag, the Swiss designer of bags and accessories made from recycled truck tarp and fully compostable textiles, has opened its fourth store in Japan. After the flagship store in Ginza, Tokyo, in 2011, and Shibuya in 2013, followed by Osaka in 2018, the latest outlet of the Swiss label opened in Kyoto. 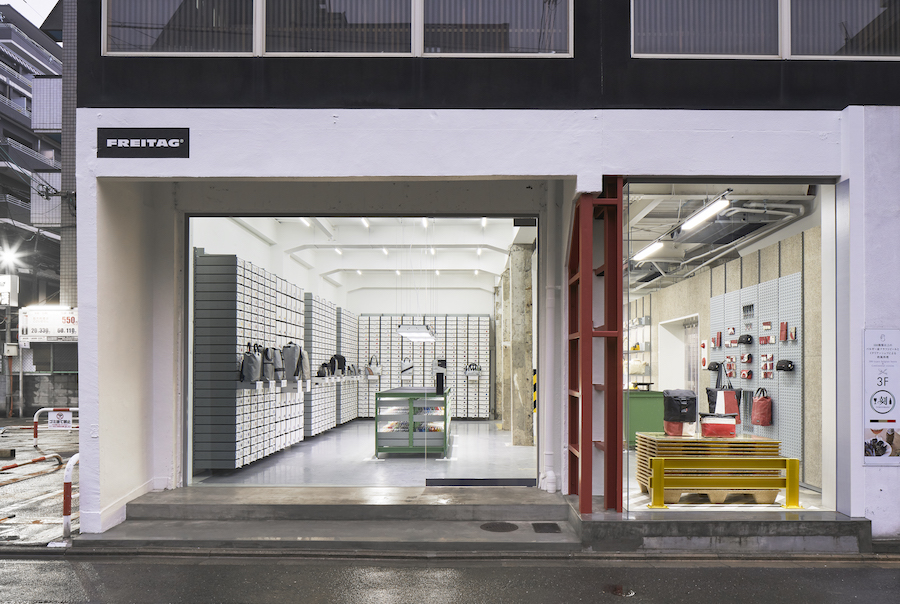 The new Freitag store in Kyoto has an industrial-style look.

The shop is close to the ancient Nishiki market and the urban Nakagyo-ku pedestrian precinct (400-1 Izutsuyacho, Nakagyo-ku, Kyoto-shi 604-8113). The new 80 sq.m. store is modeled entirely on the industrial-style logistics warehouses at the company’s headquarters in Zurich. Freitag would share a passion with Japan for the used, wabi-sabi aesthetic look, the Swiss company said in a statement. This concept means beauty lies in imperfection and transience.

Among other things, the store has a workshop where customers can fulfill their do-it-yourself ambitions and produce their unique miniatures from tarp offcuts. The premises, now converted into a tarpaulin distribution center, stock around 1,100 recycled, one-off bags. And just so visitors to the Kyoto store never forget the origin of every unique specimen, a highway-life-size mural of a truck dominates the outside of the newly opened shop. 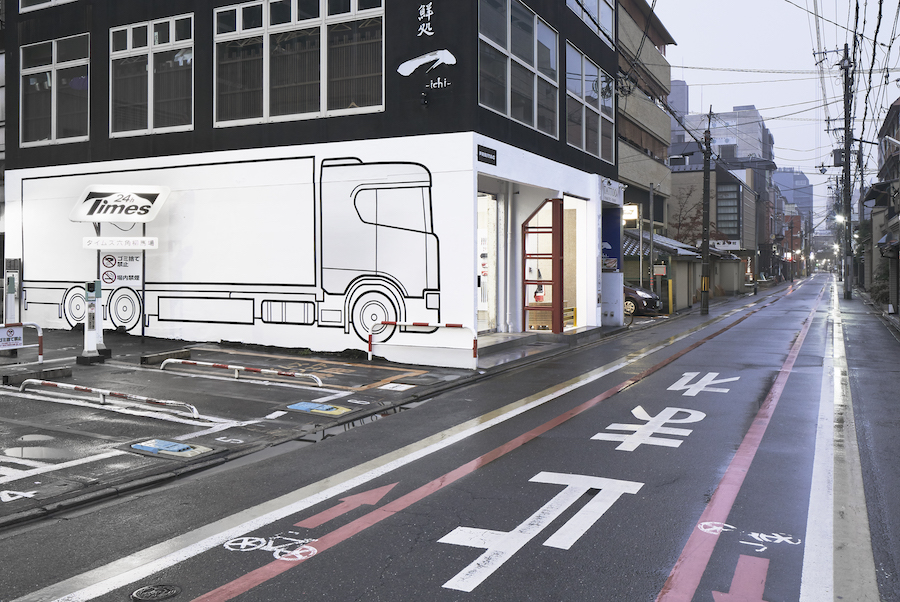 A mural of the truck on the outside wall of the new Freitag store in Kyoto.

The Osaka store (4-6-10 Minamisenba, Chuo-ku, Osaka-shi 542-0081) is just 65 sq. meters big; the Torafu Architects office designed it. Over 1,200 unique bags are hanging from the high-rise Freitag shelves. In the middle, you find many recycled and individual small items and accessories that form the counters for the cash desk. The density of unique Freitag bags would be higher than anywhere else in the world, the company claimed.

“We think and act in cycles” is the Swiss bag label’s credo. Thus, Freitag not only rescues old truck tarps from the trash heap but also – as another example – collects the rainwater that falls on the factory roof to wash off the dirt from the used tarpaulins. With its strategy to waste as few resources as possible, Freitag has been ahead of its times. 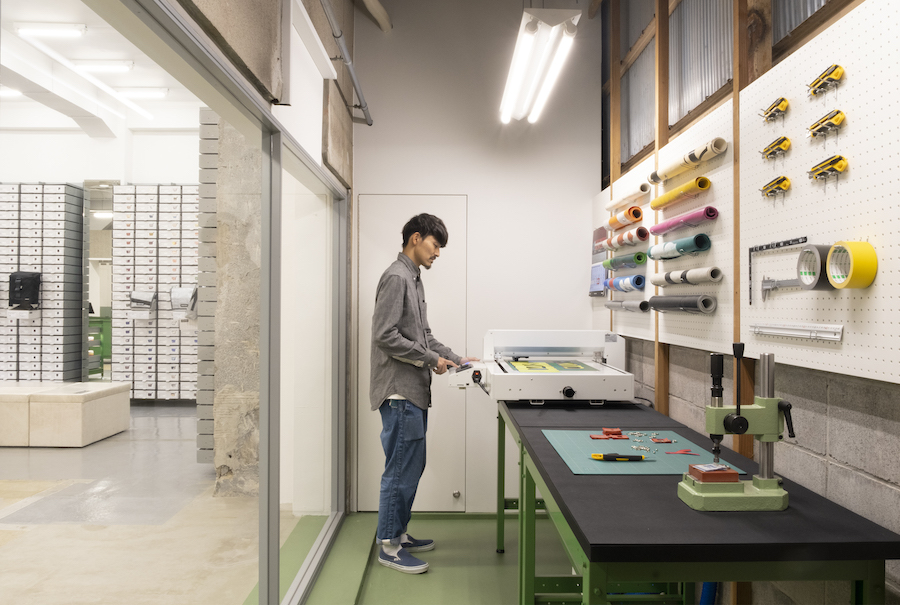 Customers can produce small items from used tarpaulins for themselves.

Japan was one of the first foreign markets for the Swiss trend brand launched by brothers Daniel and Markus Freitag in 1993. But its Japan distributor had initially to overcome high hurdles to convince buyers. Also, the primary material for the used truck tarpaulins was challenging to obtain because Japanese trucks use aluminum sheeting instead of PVC.

Another marketing problem was that used goods have a shallow value for Japanese people. Besides, the smell of PVC from the products, which remains in traces even after intensive washing, disturbed potential buyers. Therefore, the distributor decided to make a virtue of the disadvantages and initially advertised the bags with a wordplay on the Japanese 3-K slogan “stinking (kusai), expensive (kogaku), dirty (kitanai)”.

As a result, the Swiss pieces quickly gained a firm following. Bicycle couriers in Shibuya wore them as well as fashion-conscious youngsters in Harajuku. Freitag profited from a trend towards individualism among younger men, an important group of its buyers in Japan. With now two stores outside of the capital Tokyo, the brand has conquered its niche for eco-bags.