Tokyo (SCCIJ) – Two Swiss designers based in Japan have completed their “Yamanote-Yamanote” project in the Japanese capital. Starting in July 2016, Julien Mercier and Julien Wulff designed both one poster for each of the 30 train stations on the iconic Yamanote loop ring line.

Each art piece represents the designers’ vision of the neighborhood of one station. Accordingly, one-time exhibitions are held in a venue in close vicinity of the station. A final exhibition of all posters crowned the completion of their Yamanote lap. The Embassy of Switzerland in Japan supported the exhibition. Even JR East, the operator of the Yamanote line, was involved in the event. 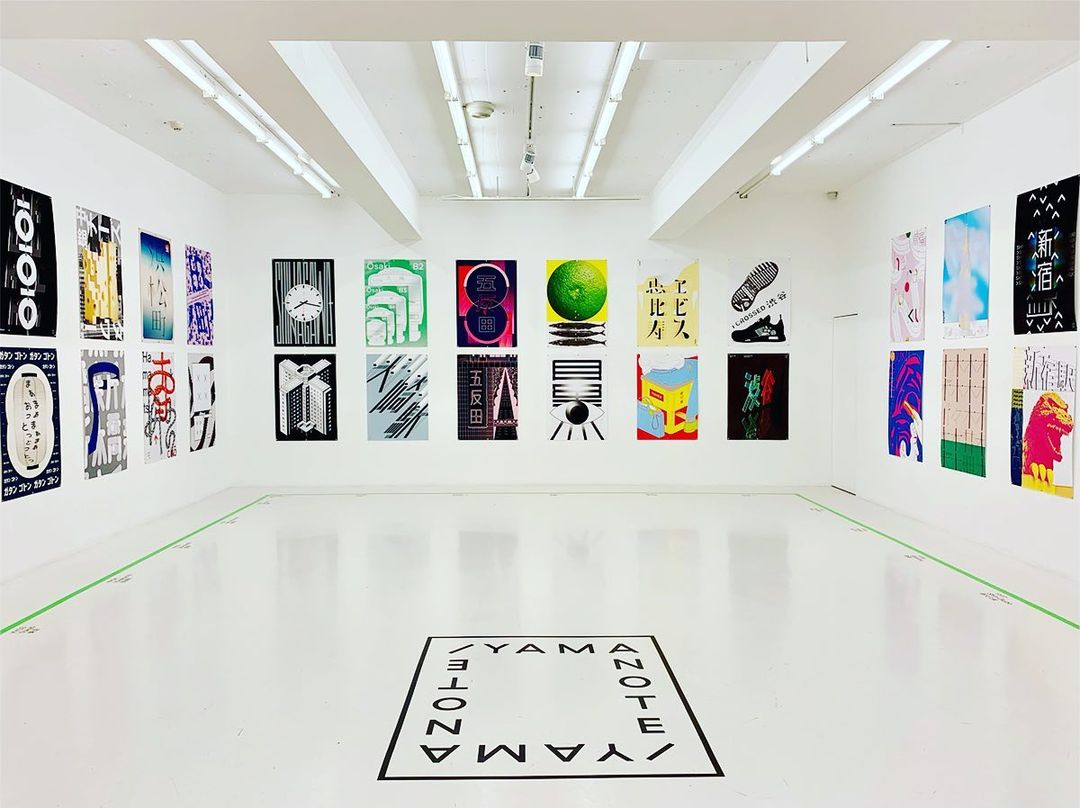 Two posters for each station

The idea of the “Yamanote-Yamanote” project was to take the spectators on a unique journey through all stations of the famous Yamanote loop line to present two parallel visions each showing connections with the respective surroundings.

Both designers have made a living in Tokyo in the meantime, working for multiple clients. Traditionally, Swiss design is popular in Japan because it appeals to the Japanese design tradition by also being minimalist, zen-like, and very much function-oriented. 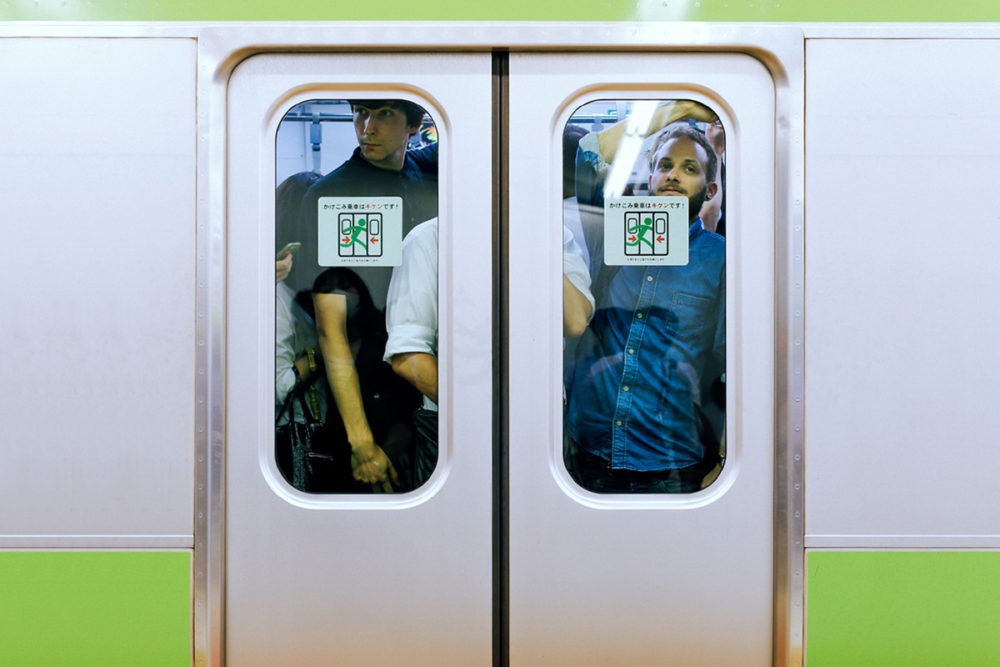 The two Swiss Julien Mercier and Julien Wulff picture themselves at the door of a Yamanote line train during rush hour.

Julien Mercier is a Swiss Graphic Designer living and working in Tokyo. After studying Graphic Design Communication in Geneva, he moved to Japan to explore a new design and mix Swiss typography with Japanese kanjis. He creates bold visual concepts and striking design solutions with a strong focus on branding and typography. He has worked for several well-reputed brands such as Nike, Louis Vuitton, Loewe, and Caran d’Ache. 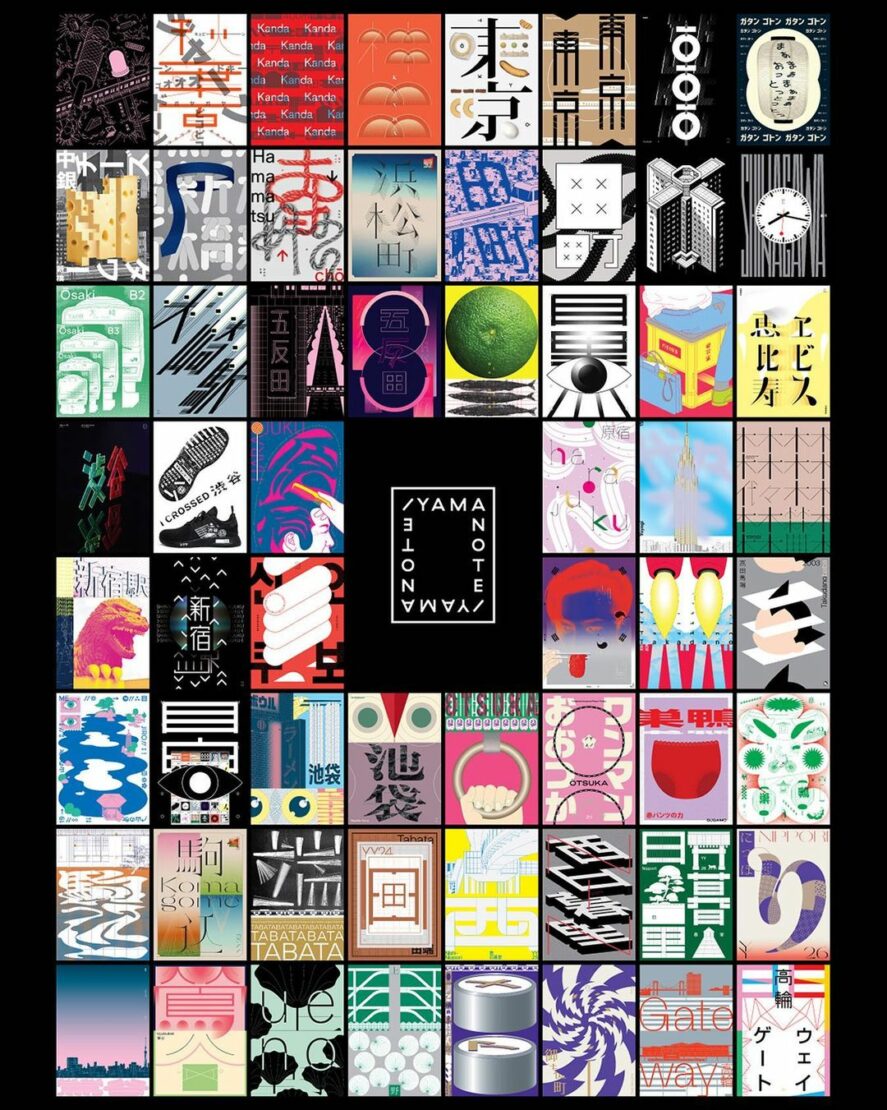 During more than four years, 60 posters for 30 Yamanote train stations were designed by the two Swiss artists, all featured in this picture.

Based in Tokyo since 2013, Julien Wulff is a Swiss Graphic Designer working for various clients in Europe and Japan. With more than 10 years of work experience in Switzerland, Germany, and Japan, he specializes in Print & Web design with a unique, clear, and rigorous approach. Bringing together both his skills and experiences and that of his professional network, whether it is collaborating with startups, established companies or design agencies, a project can be developed from A to Z to meet any needs. 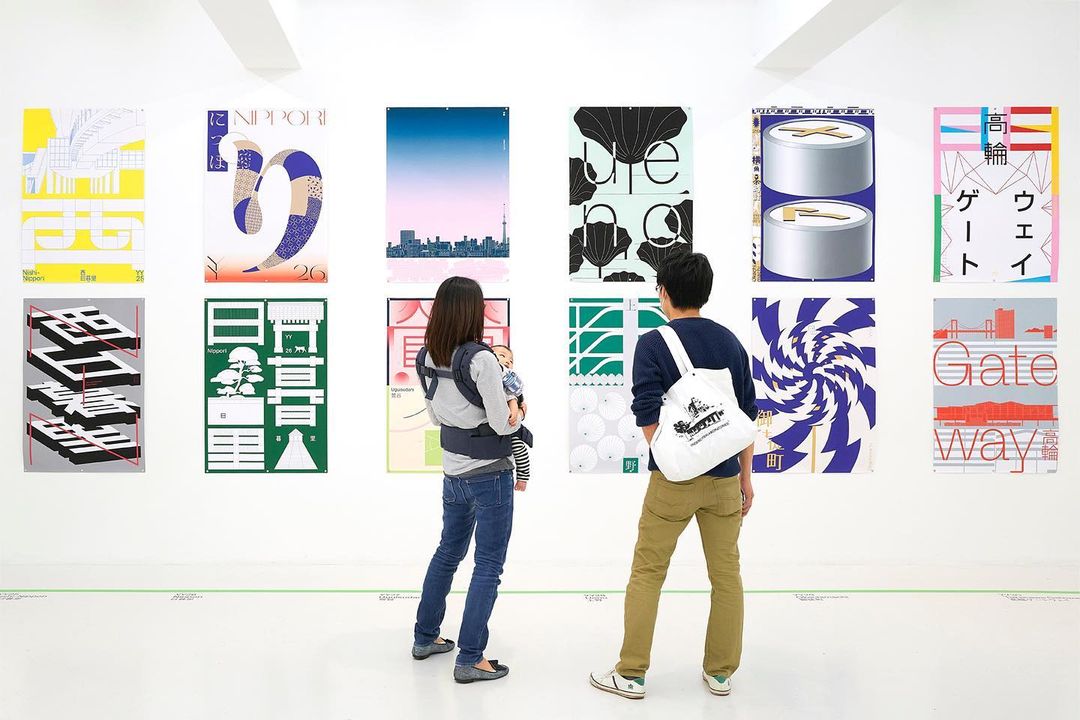 The completion of the task was celebrated with an exhibition of all 60 Yamanote posters.

Text: Martin Fritz for SCCIJ; Photos: Courtesy of the artists via Instagram.