Tokyo (SCCIJ) – Karimoku, the largest wood furniture maker in Japan, launched the brand “Karimoku New Standard” and successfully entered the European market. One reason: Karimoku hired the Swiss David Glaettli as creative director. After thirteen years in Japan, he returned to Switzerland, and runs a design studio with offices in Zurich and Tokyo. The SCCIJ talked to him about his experiences and plans. 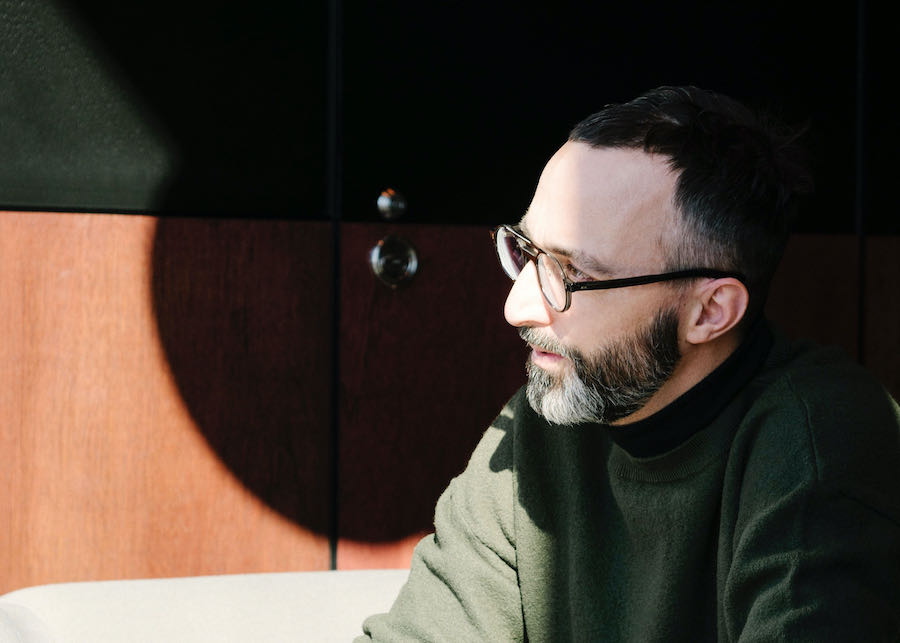 The Swiss David Glaettli runs a design studio with offices in Tokyo and Zurich (©Yurika Kono).

Why did you come to Japan in the first place to work as a designer?

Glaettli: I had studied Japanese and traveled to Japan many times, but always wanted to spend more time there. When I was unhappy with the job I had in Zurich at the time, I took the chance and moved to Osaka and looked for work as a designer. When I was introduced to Teruhiro Yanagihara by a friend, I was able to start there the next day. Originally, I intended to stay just two or three years.

It is often said that Swiss and Japanese designs are similarly clean, simple, function-oriented. What is your opinion?

Glaettli: I think there are some parallels indeed, but to me, the similarities are limited to the appearance of simplicity and modesty. Conceptually, there are some big differences that I think are culturally determined. Swiss design is almost always extremely rational and logical and can be explained verbally precisely. Japanese design on the other hand I perceive as more subtle and emotional in the sense that it embodies an ambiguity that can make it quite difficult to explain a concept in words.

Why did Karimoku choose you as the creative director for a new furniture line?

Glaettli: I was responsible for the Karimoku New Standard (KNS) project at the Osaka design studio I worked at the time. Karimoku appointed me the creative director when I founded my practice in Kyoto in 2013. So, I had already worked with Karimoku for a few years and we had established a good, trusting relationship.

Did the fact that you are a Western foreigner influence Karimoku in your appointment?

Glaettli: The fact that I was a foreigner was helping in the sense that with mainly European designers it was a very international project. Part of my job was to communicate with the designers and mediate between them and Karimoku. Entering foreign markets with KNS was not the main goal, but an important element, which among other aspects also led to the decision to work with international designers.

What are your KNS bestseller and how do you explain their popularity?

Glaettli: The bestsellers are the Elephant Sofa series by Christian Haas, who is German but based in Portugal, and the Castor Chair series by BIG-GAME in Switzerland. I have to say that in both cases I was quite sure the products will be successful. That is not always the case – some products are meant to be niche, but still have their place in the collection. I think it is the combination of innovation and familiarity, newness and timelessness, functionality and comfort paired with simplicity and, like with all the Karimoku pieces, the excellent quality, and beauty of the material and finishes. 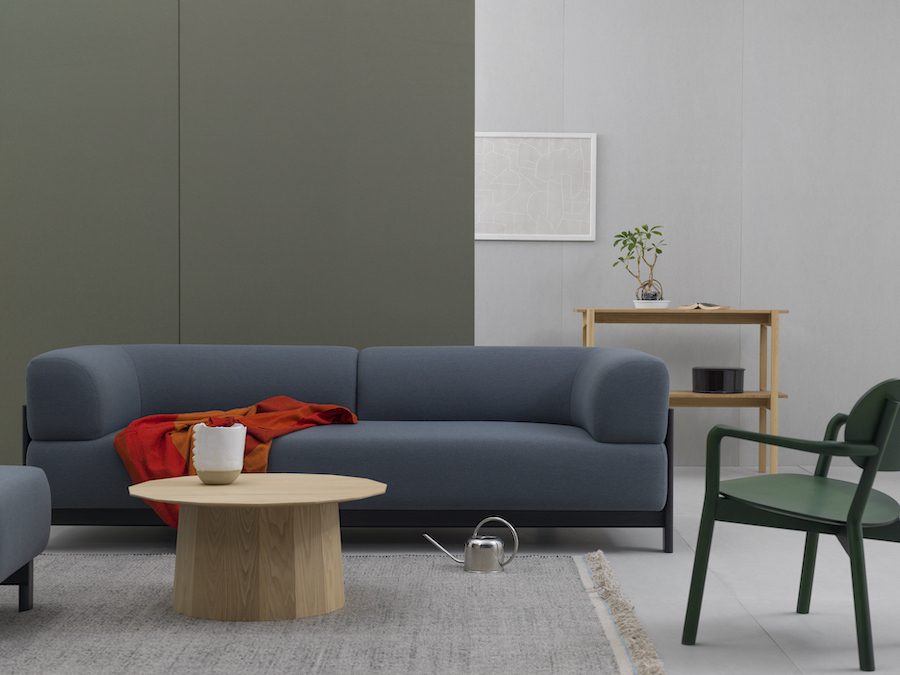 The “Elephant sofa” by Christian Haas is one of the bestselling items in the “Karimoku New Standard” furniture brand (“©Gottingham).

How successful is the Karimoku New Standard brand in Europe?

Glaettli: In the beginning sales were better in Europe than in Japan, although on a small level. Today, even though still selling in several countries in Europe, KNS is much more successful in Japan, Korea, China, Hong Kong, and Australia. The focus today is clearly on these regions, which are more accessible and offer higher growth figures.

Where do you see the challenges for Japanese furniture makers to enter the European market?

Glaettli: There are numerous, very big challenges – I’m going to name a few. Logistics: Because of the distance from Europe, it is necessary to either accept very long lead times or to have local warehouses and distribution, which causes very high running costs. Price: The long haul transportation, import duties, and taxes cause costs that have to be reflected in the selling price. This leads in the best case to prices in Europe around 1.8 times the Japanese retail price.

What about the different furniture standards and lifestyles in Japan and Europe?

Glaettli: Europeans on average are taller than the Japanese. Especially seat heights can never be perfect for both. Either you make a compromise or you develop European and Japanese models separately. Regarding lifestyle: Japanese houses and apartments are usually much smaller than in Europe. If a sofa or a dining table has just the right size in Japan, it is often considered tiny in Europe.

Why did you return to Switzerland, but continue to work for Karimoku?

Glaettli: My decision was made for private and family reasons. After having lived in Japan for 13 years, I felt it was the time to make that big change and take on new challenges. Karimoku was kind enough to support me on this path and I am very happy to be able to continue to work with Karimoku from Europe. Since we all got used to meeting online last year, the change is not as big as one might think. Also, most of the designers I work with are in Europe, and KNS exhibits regularly at trade fairs in Europe. Thus, there are certain advantages to work from here.

You are currently opening your studio in Zurich. Are you looking for Japanese customers or what will be your business model there?

Glaettli: Besides working for my existing Japanese clients, I will start in my new studio by creating a kind of temporary design gallery as a platform for displaying all my Japanese projects and brands, KNS, Tajimi Custom Tiles, Sumida Contemporary, and, still in progress, Mino Soil. I want people to understand more about these collaborative projects and learn about Japanese manufacturing and the combination of Japanese craft and international design. I believe this will lead to unexpected synergies and collaborations with European companies. Besides, I always wanted to become more of an entrepreneur myself and would like to develop my own design brand – not in the furniture field, though.