SCCIJ starts Year of the Rooster with a Shinnenkai

Tokyo (SCCIJ) – More than 50 members and guests of the Swiss Chamber of Commerce in Japan have celebrated the start of the new year at the SCCIJ Shinnenkai 2017. The “Year of the Rooster” was welcomed at the two-hour event in the relaxed and friendly ambience of the lounge at Oakwood Premier Tokyo Midtown in the presence of Ambassador of Switzerland in Japan and Honorary Chairman of the SCCIJ, Mr. Jean-François Paroz and his wife Yulia Gusynina Paroz, as well as of SCCIJ President Michael Mroczek.

President Mroczek used the opportunity to thank all members and sponsors for their continuous support and expressed his gratitude for the unchanged success of the SCCIJ. “The SCCIJ is looking forward to a prosperous year full of exciting events, fruitful encounters and successful business”, he said.

The SCCIJ president was joined by Swiss Ambassador Paroz who had arrived in Japan only four months ago. The Ambassador said he is looking forward to cooperate closely with the SCCIJ and the Swiss business community in the new year.

The free drinks provided soon lightened up the atmosphere, lively discussions developed here and there, new connections were made and old ones refreshed. Guests enjoyed the buffet as well as the chance to exchange words with other members. Some new faces could be spotted.

However, for those who missed the event, there still may be a chance to catch a glimpse of it. A camera team from SCCIJ member Dukascopy Japan’s online TV channel filmed the Shinnenkai and collected comments from guests. Please find the clip here. 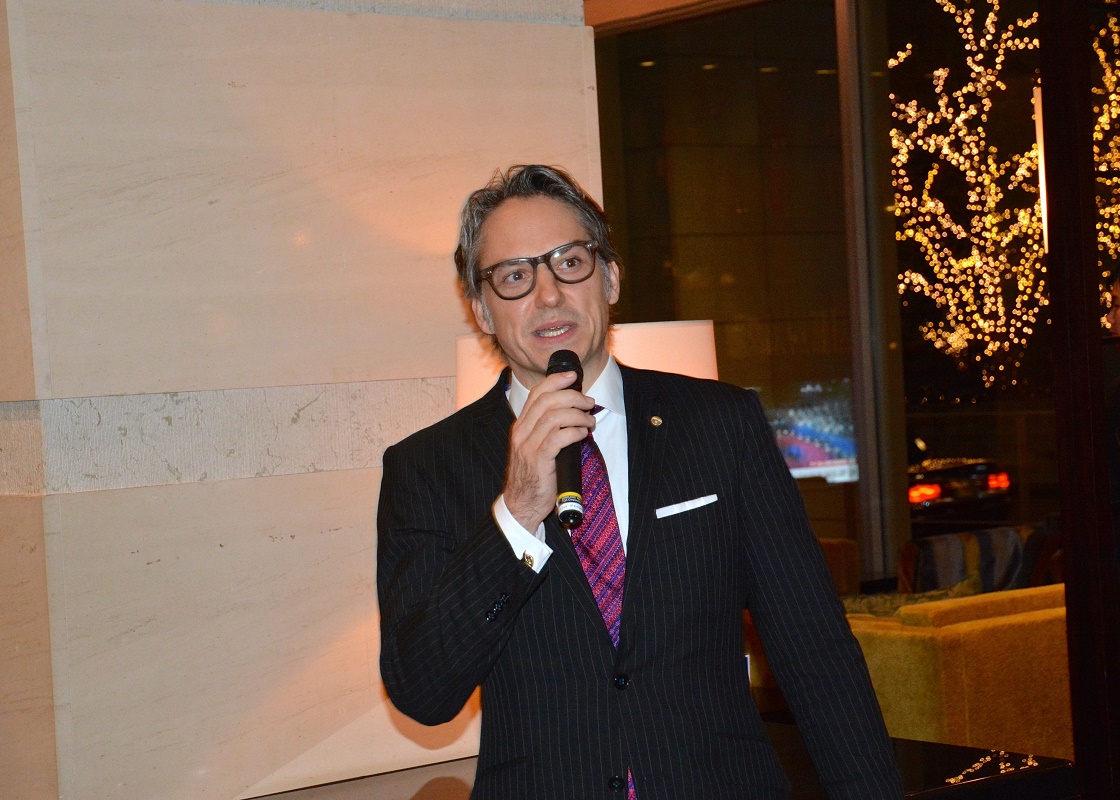 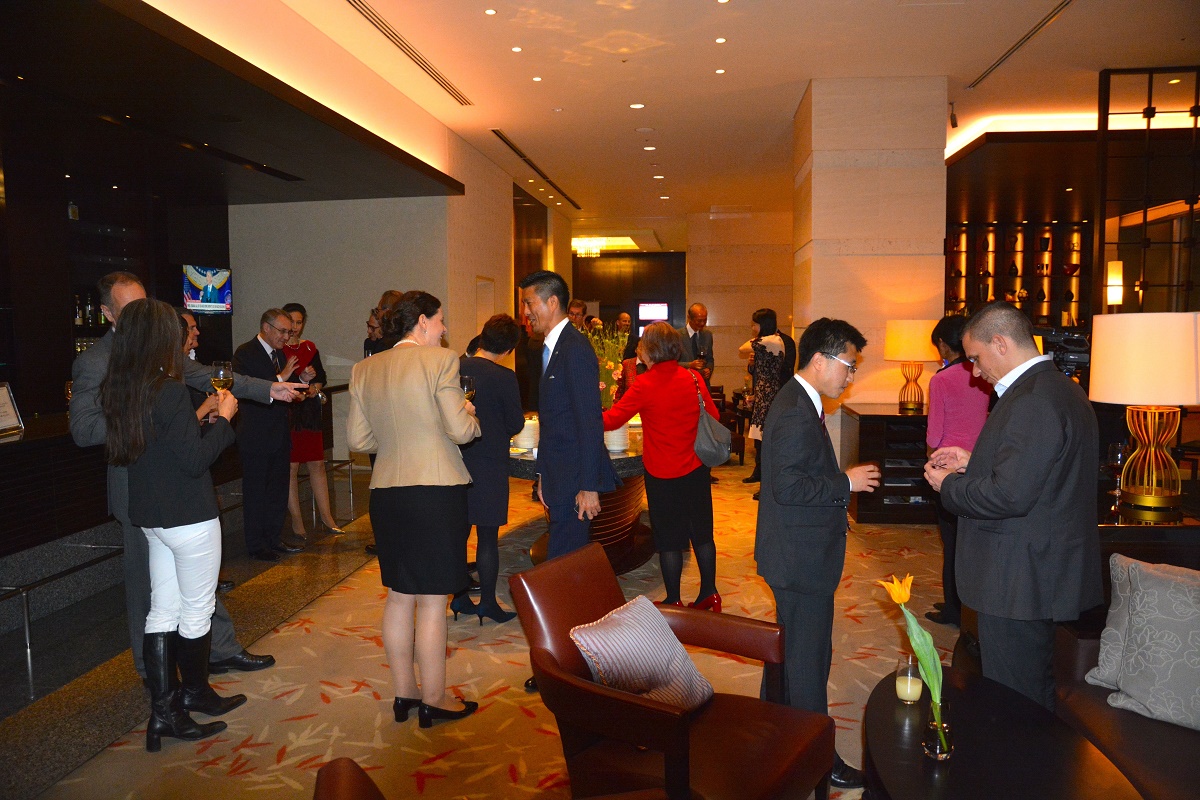 More than 50 SCCIJ members and guests at the Shinnenkai 2017 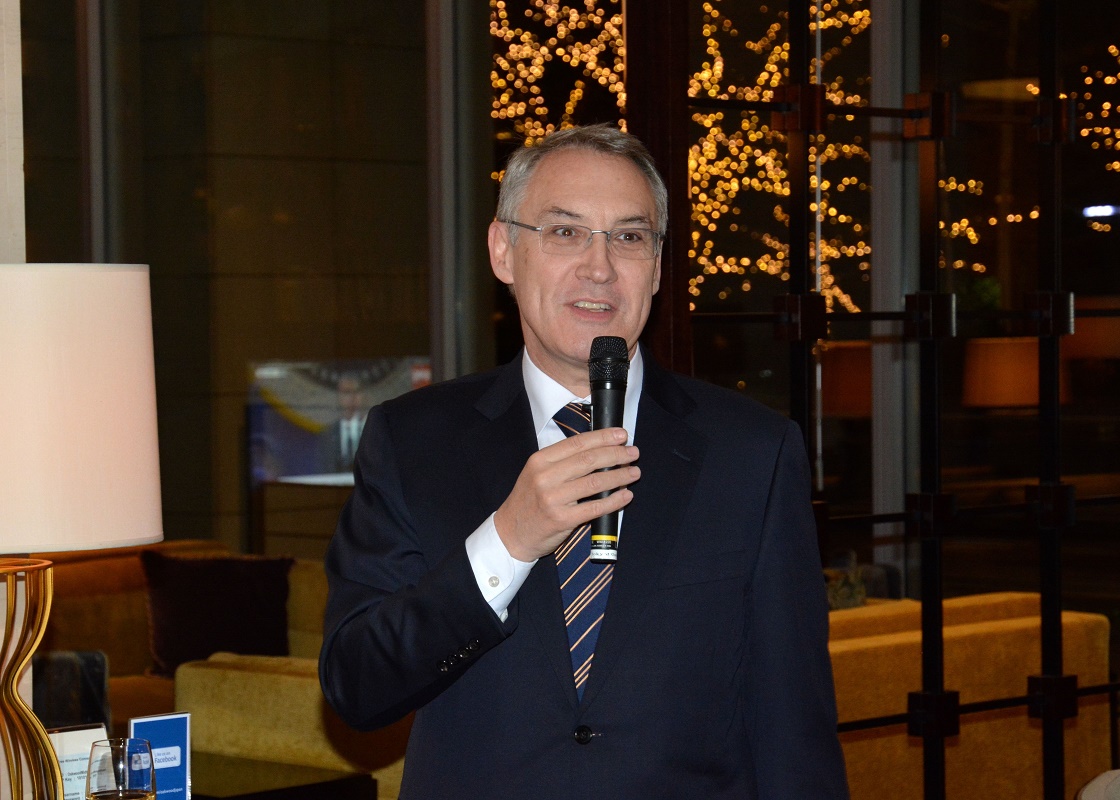 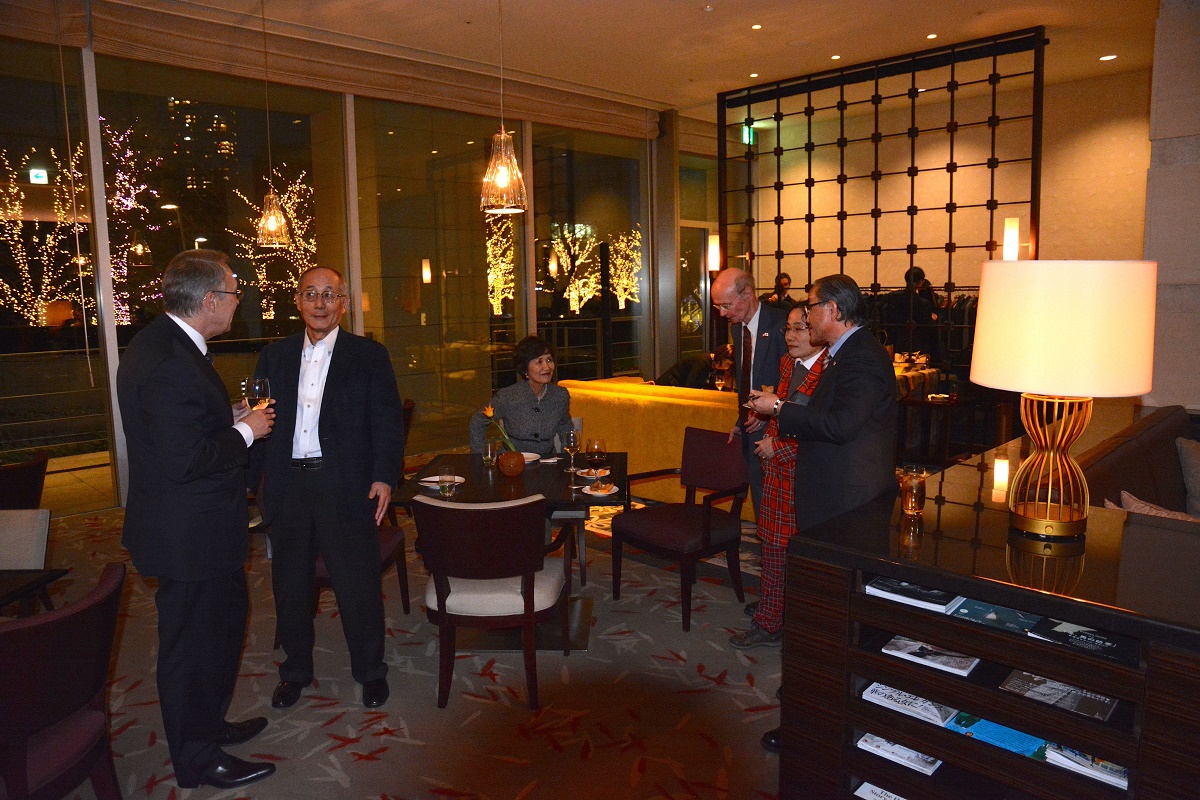