New Swiss Consul: “Osaka is the next high-potential area”

Tokyo (SCCIJ) – Switzerland is currently establishing its new consulate in the metropolis of Osaka. The government appointed Felix Moesner as consul. Acting as CEO of Swissnex, he will also be part of a global network connecting hotspots for Swiss education, research and innovation abroad. He had gathered a deep knowledge of Japan earlier in his career. The SCCIJ talked to him about the reasoning for these decisions and his ambition. 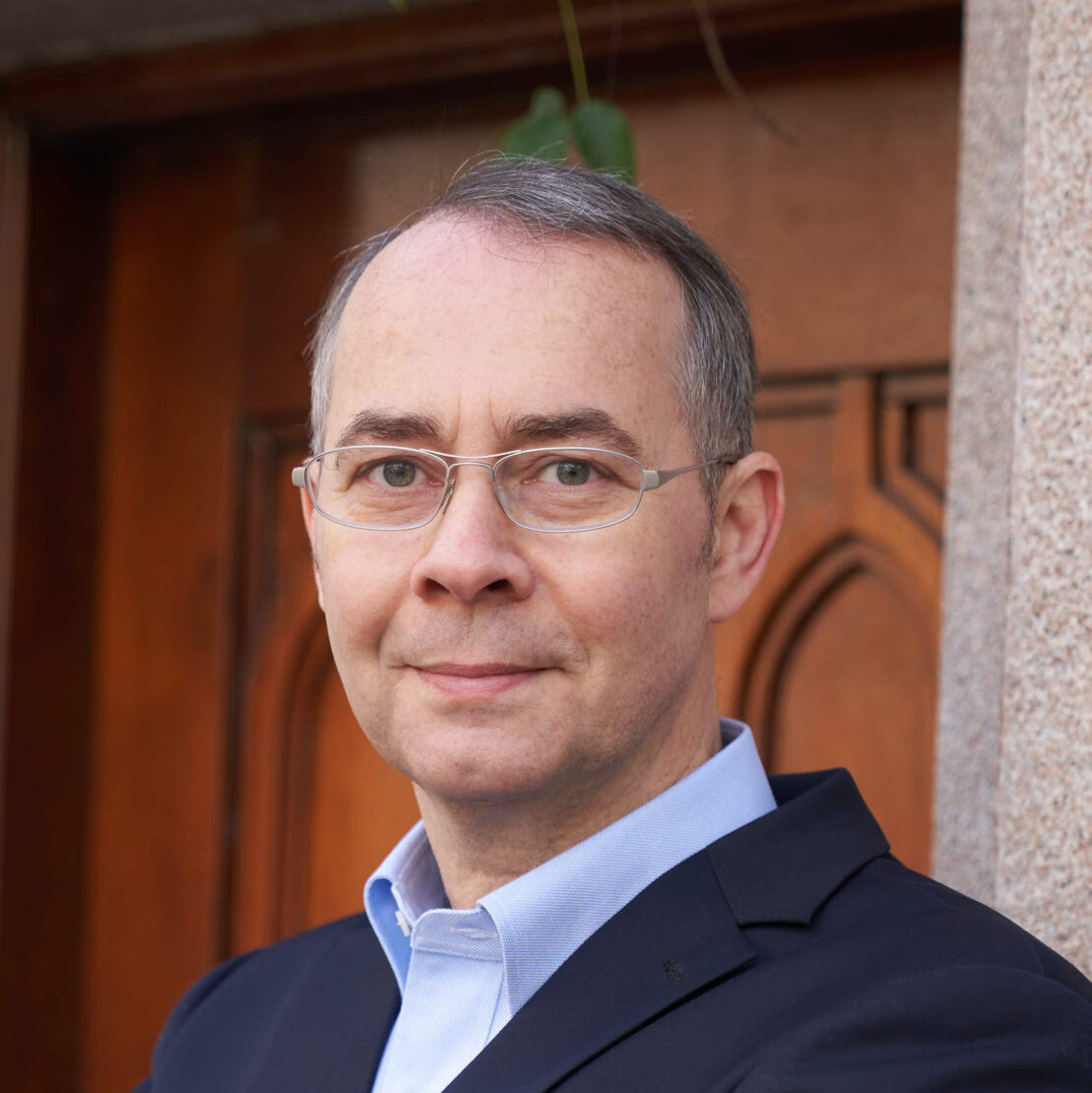 The Swiss government appointed Felix Moesner as consul and Swissnex CEO at the new Consulate of Switzerland in Osaka.

SCCIJ: There used to be a Swiss Honorary Consul General in Osaka for many years. Why has Switzerland now decided to open a full-fledged consulate in Osaka?

Felix Moesner: This choice is the result of a consultation in Switzerland among many actors in the academic, government, and private sectors. They have identified Osaka as the next high-potential area. Japan has been an excellent partner for economic and research collaboration for decades, which is now further strengthened with the new professional representation. Japan is one of the eight priority countries defined in Switzerland’s foreign policy strategy. Switzerland is the sixth-largest foreign investor in Japan while Japan is our largest Asian investor, and ranks eighth as an export market for Switzerland. Japan is also an excellent partner for bilateral research cooperation, which led to the Swiss-Japanese Agreement on Cooperation in Science & Technology signed in 2007.

Why was Osaka chosen as a consulate location?

The Kansai region, a wellspring of Japan’s knowledge creation, is one of the two biggest economic areas in Japan and a cradle for innovation-driven corporates such as Panasonic, Takeda, or Nintendo. As a leading hotbed in Japan born out of a continuum of original, cutting-edge education, research, and innovation, the 200 universities in the region are ceaselessly striving to advance science and innovation across the spectrum of humanities, social sciences, and natural sciences. The Osaka-Kyoto-Kobe triangle has top-tier universities, which engage in the highest-level, best-funded research in Japan.

As new Consul, you also will be CEO of Swissnex in Japan, due to open in the first half of 2022. This combination seems to be rather unique.

The new Consulate of Switzerland is part of the Swiss network for education, research, and innovation, Swissnex, making it the 6th location after Boston and San Francisco in the US, Shanghai in China, Bangalore in India, and Rio de Janeiro in Brazil. As you can see, the Swissnex locations are established in the world’s most innovative regions. And with that, it’s no coincidence that the new Consulate will be set up in Osaka, which has all the ingredients for a powerful innovation ecosystem, and an atmosphere of open-mindedness.

You already headed the world’s first science consulate, Swissnex in Boston. What experiences did you make?

Swissnex in Boston was founded in 2000 on one simple idea: to connect the dots between Switzerland and the world in education, research, and innovation. Situated in the middle of Europe, Switzerland is a landlocked country with few natural resources. This is why we have to continuously invest in brains through a solid education, conduct cutting-edge research, produce innovative solutions and explore new frontiers.

And why will Swissnex now be represented in Osaka?

Together with 20 Science Counsellors & Sections at Swiss Embassies, Swissnex is strengthening Switzerland’s image as a top location and is fostering global partnerships. The new Consulate will connect innovation ecosystems and advise on trends and opportunities in education, research, and innovation. It will promote the visibility of both countries’ higher education and research institutions, and support the outreach and active engagement of researchers, startups, and innovation-driven companies alike. And last but not least, Swissnex will inspire new ideas by fostering knowledge exchanges between Japan and Switzerland. 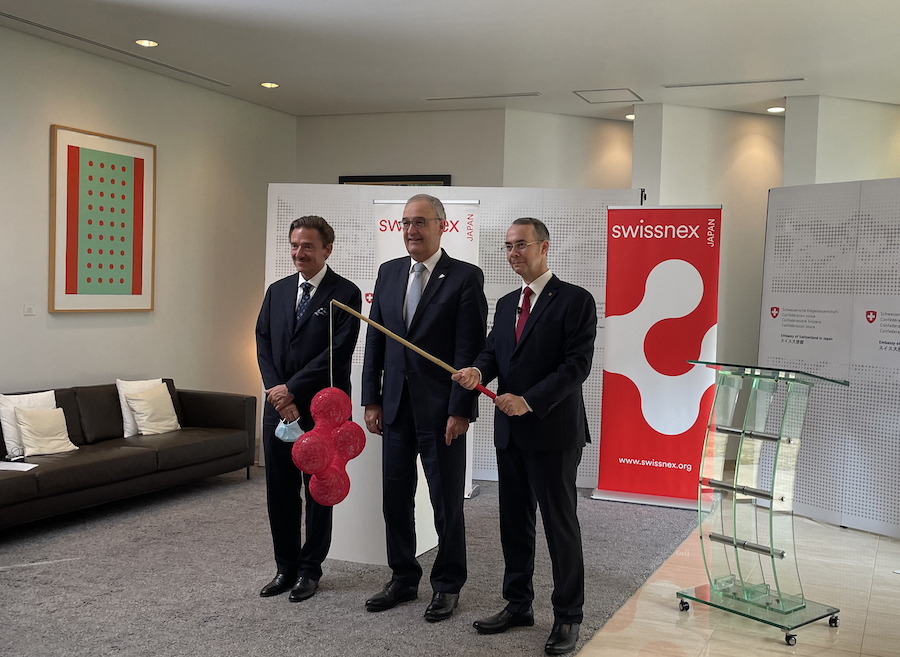 How relevant was the Expo 2025 in Osaka in the decision to open a Swissnex location in Osaka?

Our strengthened engagement in the Kansai region is naturally connected with the EXPO 2025, which will certainly be the next large-scale post-pandemic event with a very relevant theme “Designing future society for our lives”. Switzerland has already confirmed its participation with a pavilion dedicated to innovation for a sustainable future. A survey is currently being conducted in Switzerland to identify more precisely which relevant fields and initiatives will be presented on this unique occasion. These efforts will be supported by the new Consulate in Osaka, Swissnex in Japan in close collaboration with the Embassy in Tokyo.

What are the biggest challenges in setting up the Consulate and Swissnex office for you?

The current challenges are three-fold; a) finding a suitable site in central Osaka close to Umeda to establish a modern Consulate, b) hiring a fearlessly innovative team that will scan for disruptive trends and work seamlessly with the global Swissnex network, and c) building a strong Swissnex community among the governmental, academic, entrepreneurial key players and partner universities in Kansai. The last two months for example have been very busy with courtesy calls to a dozen governors, mayors, and politicians as well as Swiss-Japanese key players.

How are you affected by the border restrictions for incoming non-resident foreigners?

Not only is the access of Swiss delegations or startups very difficult, but restrictions also make it nearly impossible to hire qualified personnel currently living outside of Japan. On the event side, we must find modern solutions such as hybrid audience interaction or even using human-size holograms, which are getting more and more realistic. However, we have already launched programs for our Swiss startups such as the Innosuisse Camp Japan, and the promotion for the TOP 100 Swiss startups, as the regional ecosystem is predestined with its deeply rooted entrepreneurial spirit. We aim to seamlessly link our thematic areas aging and sustainability with OSAKA 2025, revealing many potential synergies.

From 2003-12 you worked as the Science Counsellor at the Embassy of Switzerland in Tokyo, established the Science and Technology Office, chaired the Science & Technology Diplomatic Circle Tokyo, and were special advisor to the Swiss Chamber of Commerce and Industry in Japan (SCCIJ). What lured you back to Japan?

I guess, it is the entrepreneurial side in me. I saw the opportunity to create something unique for Switzerland in Japan, that combines our common core values and aims to contribute to prosperity on both sides. As part of the Swissnex network, I gained valuable experience in establishing STOT from 2003, leading the Swissnex in Boston from 2012, establishing the Swissnex in New York in 2014, and leading Swissnex in China from 2017 to 2021. I founded the two S&T Diplomatic Circles in Boston and Shanghai, which gave Switzerland unique visibility. Moreover, I always contributed as a Board Member to the Swiss Chambers of Commerce in the US, China, and Japan and even pioneered as a very early SJCC scholarship recipient in the 1990s. All these important experiences made me decide to come back to Japan, embrace this unique opportunity, and close the cycle.

What are your personal goals in your new functions?

I would like to strengthen bilateral collaboration and exchanges in education, research, and innovation. I believe that the consulate and Swissnex in Japan not only build new bridges between our two nations on the many synergies. More importantly, it will create a fertile ground for inspiring people and organizations to help prepare for our challenges of tomorrow, such as healthy longevity and circular economy. The new consulate has the maxim to create value for Switzerland and Japan. I am looking forward to collaborating with the SCCIJ and all partners and stakeholders and to contributing to the SCCIJ as in the past. Please don’t hesitate to approach us with innovative projects and ideas. My team and I would like to hear from you.