Tokyo (SCCIJ) – Nestlé Japan, the Japanese subsidiary of the world’s largest food company from Switzerland, is expanding its ruby chocolate range with the first ruby flavored KitKat sold outside of its own outlets. Japan was the first market where this first new type of chocolate since 80 years was introduced in early 2018, from where it spread quickly worldwide. Now, Nestlé banks again on Japan to widen the market for ruby chocolate.

To mark the first anniversary of ruby chocolate, Nestlé launched KitKat Everyday Nuts and Cranberry, combining the much-talked-about ruby chocolate with nuts and dried cranberries. It is a flavor combination championed by pâtissier chef Yasumasa Takagi. This product will be available in two versions: a ball-type in pouches and a one-finger-type in a large bag.

Ruby chocolate, derived from ruby cocoa beans, has an intense berry-fruitiness taste without the addition of any flavor or color. It is a new variety of chocolate to join dark, milk and white chocolate. The new range will be available at retailers in Japan, outside of the KitKat Chocolatory boutiques, from March 25. Similar products using standard chocolate will also be launched simultaneously. 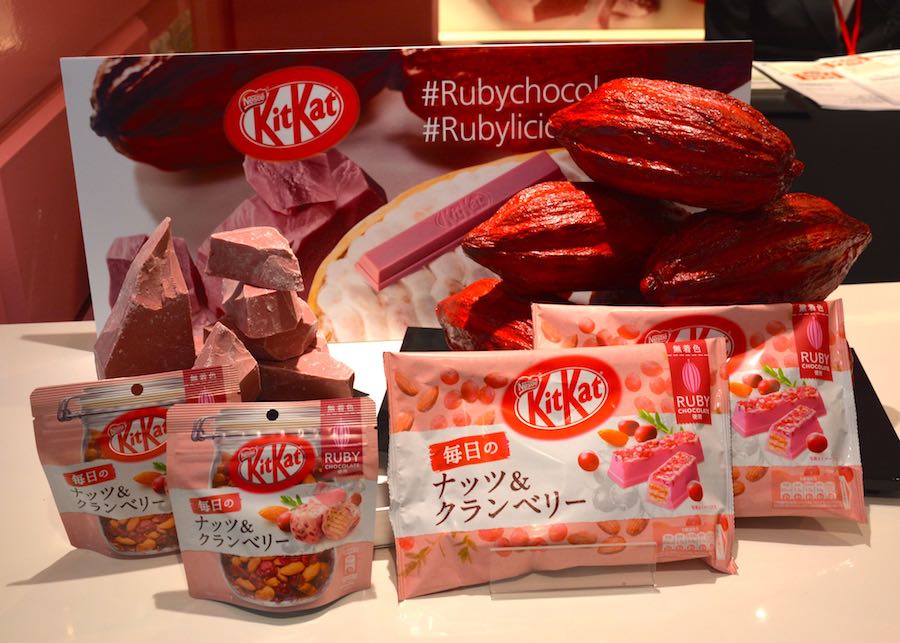 Ruby Chocolate had its world consumer premiere in the form of KITKAT Chocolatory Sublime Ruby in January 2018 in Japan and Korea. It quickly gained widespread attention as Valentine’s Day gift and rapidly continues to grow in popularity, being used by many manufacturers, artisan chocolatier and pâtissier chefs across the globe.

At the launch event, Cedric Lacroix, Managing Executive Officer, Confectionery Business Group, Nestlé Japan, emphasized the uniqueness of the Japanese market. “When it comes to chocolate, trends are born here in Japan,” he said. “The way we have been able to deploy KitKat Ruby in more than 26 markets in only one year, shows you how viable Japanese taste can impact the world.” 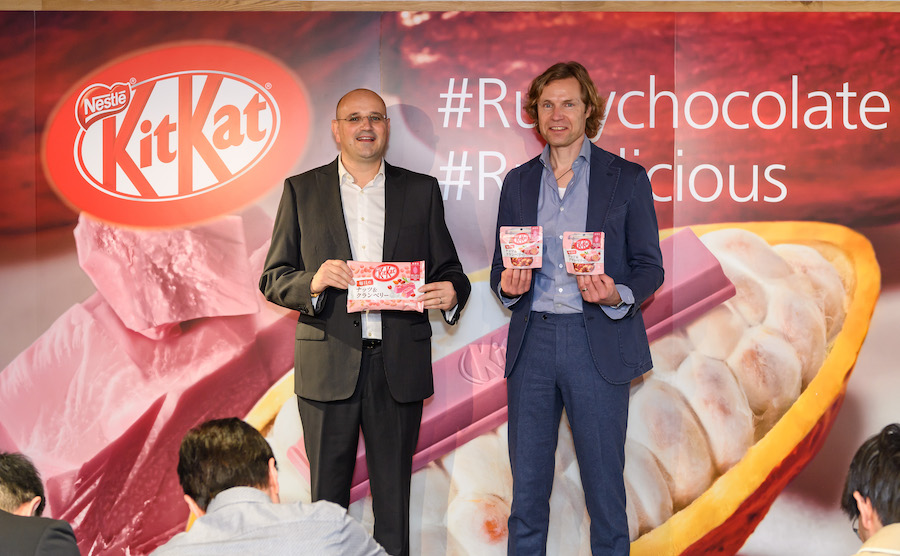 On the occasion of ruby chocolate’s anniversary, Barry Callebaut, the creator and producer of ruby chocolate, initiated the online platform www.rubychocolate.com, designed to facilitate the voice of consumers. Through the platform, consumers are able to express their ‘rubylicious’ moments and share their wishes for artisans and brands to come up with more product innovation using ruby chocolate.

“An algorithm scans social media platforms like Facebook and Instagram for the hashtags “rubylicious” and “rubychocolate” and brings them automatically together on the site,” Bas Smit, global vice president of marketing at Barry Callebaut, the world’s largest maker of bulk chocolate and based in Zurich, said at the launch event in Tokyo. Consumers could also use the platform to exchange ideas on what products could be made from ruby next.