Tokyo (SCCIJ) – Within two days, the Japanese retailer Muji has opened its first store in Switzerland and its first hotel in Japan. In Wallisellen near Zurich, a pop-up store in Switzerland’s largest shopping center Glatt gave a foretaste of the opening of 1,000 square meter large store in September. In Tokyo’s Ginza district, the first Muji hotel in Japan was set up to become a test bed for new business ideas. The hotel covers the upper floors of the same building as the new global flagship store of the brand. Muji, short for Mujirushi Ryohin (No Brand Quality Goods), is recognized by consumers worldwide for its design minimalism, emphasis on recycling and waste avoidance.

Last Friday at noon, the famous Japanese brand celebrated the opening of the pop-up store in Switzerland with a traditional sake-barrel break and Japanese live music by the band ko-KIRAKU. More than 100 people lined up in a long queue to catch a glimpse of a selected assortment of Muji products, but also specific Swiss products like a 5 Franken bag with Zurich imprint were on sale.

“Currently the selection is still limited to the hottest bestsellers,” Takuo Nagahara, head of Muji Europe, told the Swiss newspaper “Blick”. These bestseller items include clothing, office supplies, home wear, lifestyle and travel articles. Customers of the pop-up store could also visit a mini-exhibition about the brand and its history. Muji, founded in Japan in 1980, operates around 800 stores worldwide. The company has 3500 employees in over 25 countries. 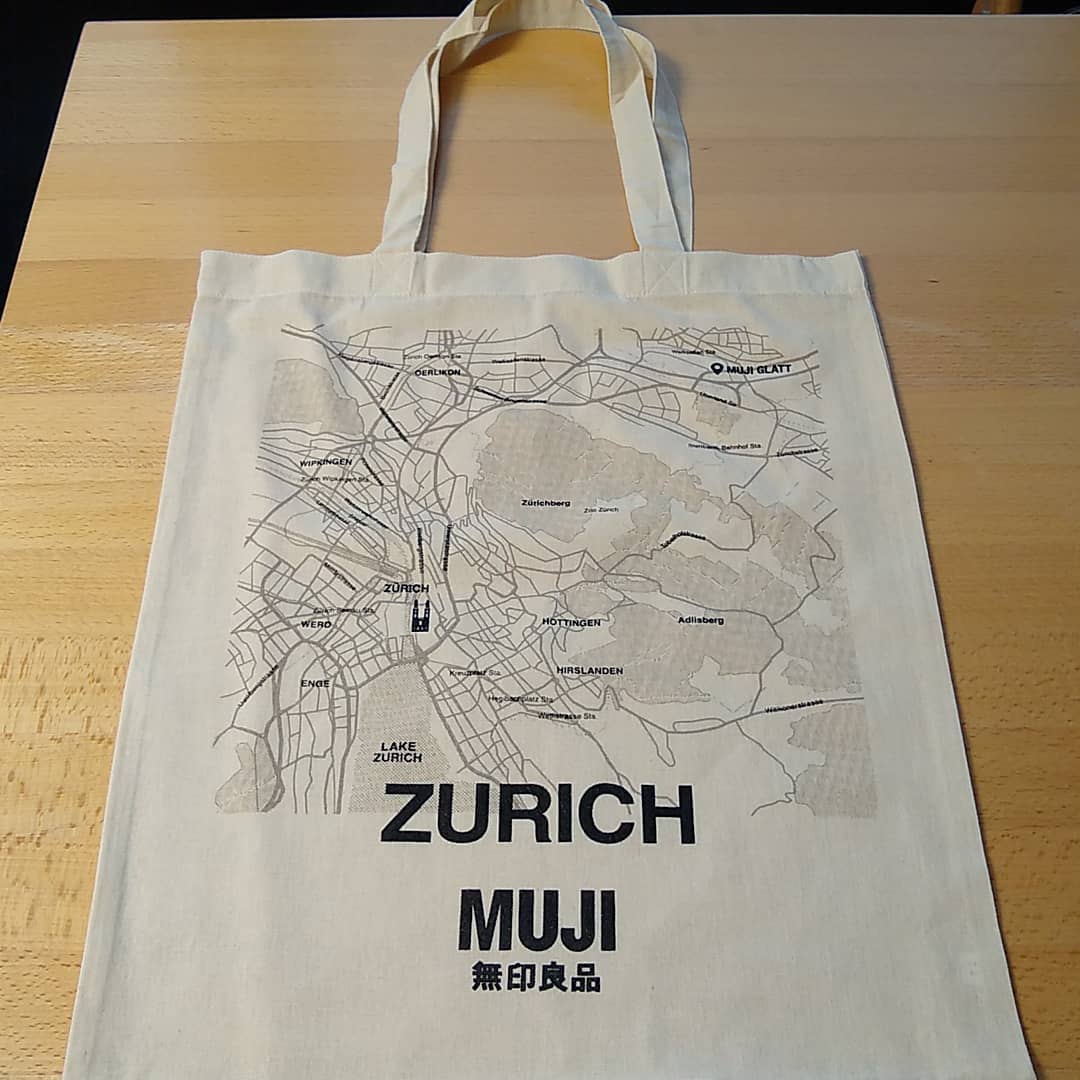 Muji offered a special Zurich bag at its pop-up store in Switzerland.

MUJI started as an alternative to the habits of consumer society at the time. The aim was to create a new vision of products that would be useful for customers, and that would create an ideal balance between the demands of modern life and the products necessary for it.

The rooms of the new Muji Hotel look like showrooms for Muji products.

Since last year, Muji has also delved into the tourism business. Its first hotel opened in Shenzhen, China, followed shortly after by a second in Beijing. Since Thursday of last week, travelers can also stay overnight in Tokyo at one of the 79 guest rooms of Muji’s “Hotel Ginza” on the 7th to 10th floor of the new Japan flagship store of the cult-brand. “The hotel will contribute to our product development and expand our business capabilities,” Muji brand parent Ryohin Keikaku President Satoru Matsuzaki said.

According to the official press release, the “anti-gorgeous, anti-cheap” hotel offers excellent sleep at the right price, provides a space supporting both body and soul while away from home, and connects travelers to local communities. True to the brand, interior decorations concentrate on natural materials such as wood, stone, and soil. The common area applies materials that have the flavor of time, such as the flagstone of the tramway from 50 years ago and the waste materials from ships.

There are nine types of elongate rooms facing the window in the Yomiuri Namiki Tori Building, including rooms equipped with tatami floor covering and bunk rooms that can host 3 to 4 customers. All of the rooms feature many items that are also on sale in the Muji store on the lower floors of the building.

Interestingly, the hotel offers the same rate throughout the year, regardless of season and day. For its central locations, rooms starting at 14,900 yen cannot be considered expensive. Reservation can be made only from the official website. Hotel guests have a convenient opportunity to shop at the brand’s new global flagship store. For the first time, it also includes a fresh food section, a restaurant, and a bar.