Moderna Covid-19 vaccine will be “Made in Switzerland”

Tokyo (SCCIJ) – The Swiss pharmaceutical contract manufacturer Lonza will be producing the most promising Covid-19 vaccine in the U.S. and Switzerland. So far, two vaccine candidate substances have made global headlines with successful clinical trials, one developed by the German biotech company BioNTech, the other by Moderna from the U.S. Moderna has commissioned Lonza to produce up to 400 million doses annually. 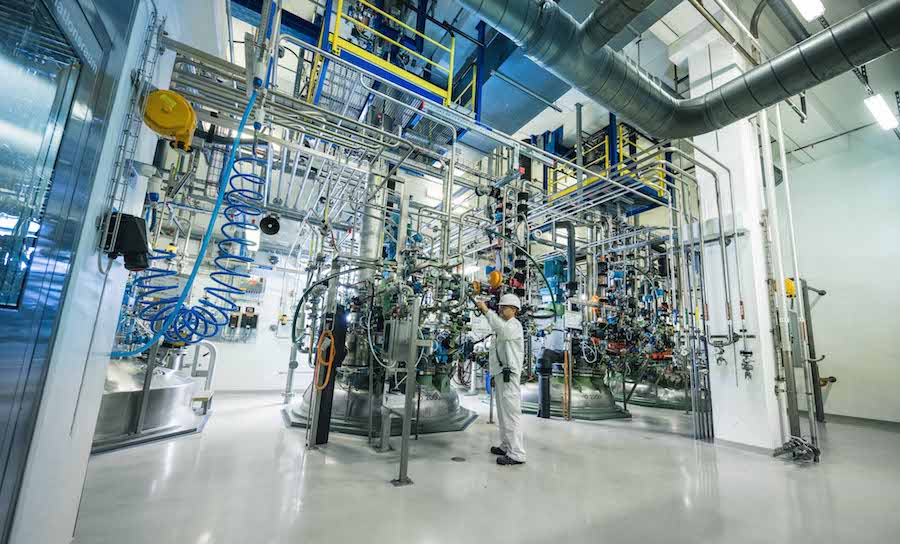 Moderna tested its vaccine on 30,000 volunteers, half of which received a placebo. Only 94 people were infected, which equals a protection rate of 94.4% of patients from the coronavirus. At the BioNTech study, the vaccine prevented mild and severe forms of Covid-19 in 95% of all patients in the trial.

The BioNTech and Moderna vaccines both use the new messenger RNA technology which has never been used for vaccination before. The active ingredient introduces a genetic blueprint into human cells and enables them to produce antibodies against the virus. The Basel-based Lonza Group will produce the vaccine for Moderna whereas BioNTech is working with the U.S. pharmaceutical company Pfizer.

Moderna’s substance named mRNA-1273 may give it an advantage, though. This vaccine can be stored at minus 20 degrees Celsius and kept for one month at refrigerator temperature. BioNTech, however, requires a storing temperature of minus 70 degrees and thus special deep freezers and logistics which are not wide-spread available even in industrial countries. 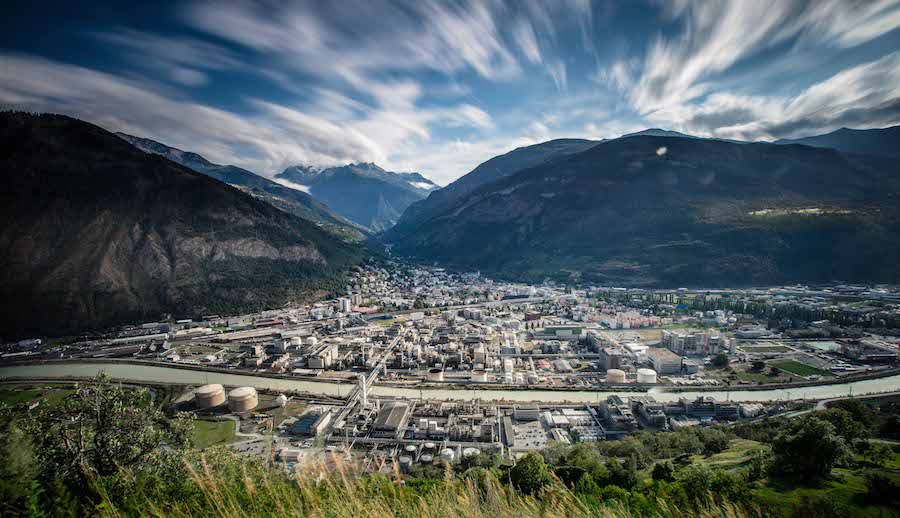 The Swiss headquarters of Lonza Group are located in Visp in the canton Valais (© Lonza).

The Swiss company has prepared a production facility in its U.S. plant in Portsmouth (New Hampshire) to make 100 million doses annually. Also, Lonza is constructing a further three manufacturing lines, each with a 100 million dose capacity, at its main Swiss plant in Visp in the canton Valais. According to Lonza, the production in Visp will start already this year.

Lonza’s U.S. plant will produce the active vaccine ingredient for the U.S. market, whereas the facilities in Switzerland will serve Europe and other world regions. In August, the Swiss Federal Office of Public Health signed a contract with Moderna to receive 4.5 million doses. Lonza is investing CHF 70 million and expects revenues of CHF 110 million in 2021. The deal will dilute the profit margin, Lonza announced earlier.

The finished vaccine will be packaged in the U.S. by the American contract manufacturer Catalent and in Europe by the Madrid-based Spanish company Laboratorios Farmacéuticos Rovi. Thus, refrigerated trucks have to carry the finished vaccine from Switzerland to Spain.

At the end of October, Lonza announced that it will manufacture an antibody combination called AZD7442 for the potential prevention and treatment of Covid-19 developed by the British pharmaceutical company AstraZeneca. The agreement ensures sufficient capacity to produce the drug substance beginning in the first half of 2021 in Lonza’s U.S. factory.

Last week, the U.S. biotech company Altimmune added Lonza as a manufacturing partner for the supply of AdCovid. This single-dose intranasal vaccine Candidate for COVID-19 is designed to generate a broad immune response with the unique ability to promote nasal mucosal immunity. Lonza will prepare to produce this commercial vaccine in 2021.