Luncheon: “The Future of Workspaces”

Tokyo (SCCIJ) – At the October Luncheon, the first since June, Mr. Ryo Kataigi, Head of Asia for the Swiss furniture maker Vitra, discussed the future of office work after the pandemic. The speaker predicted the spread of a hybrid working model. “Therefore, our working space needs to significantly adjust to this trend”, he said. About 40 members and guests of the SCCIJ visited this first luncheon since the lifting of the state of emergency. 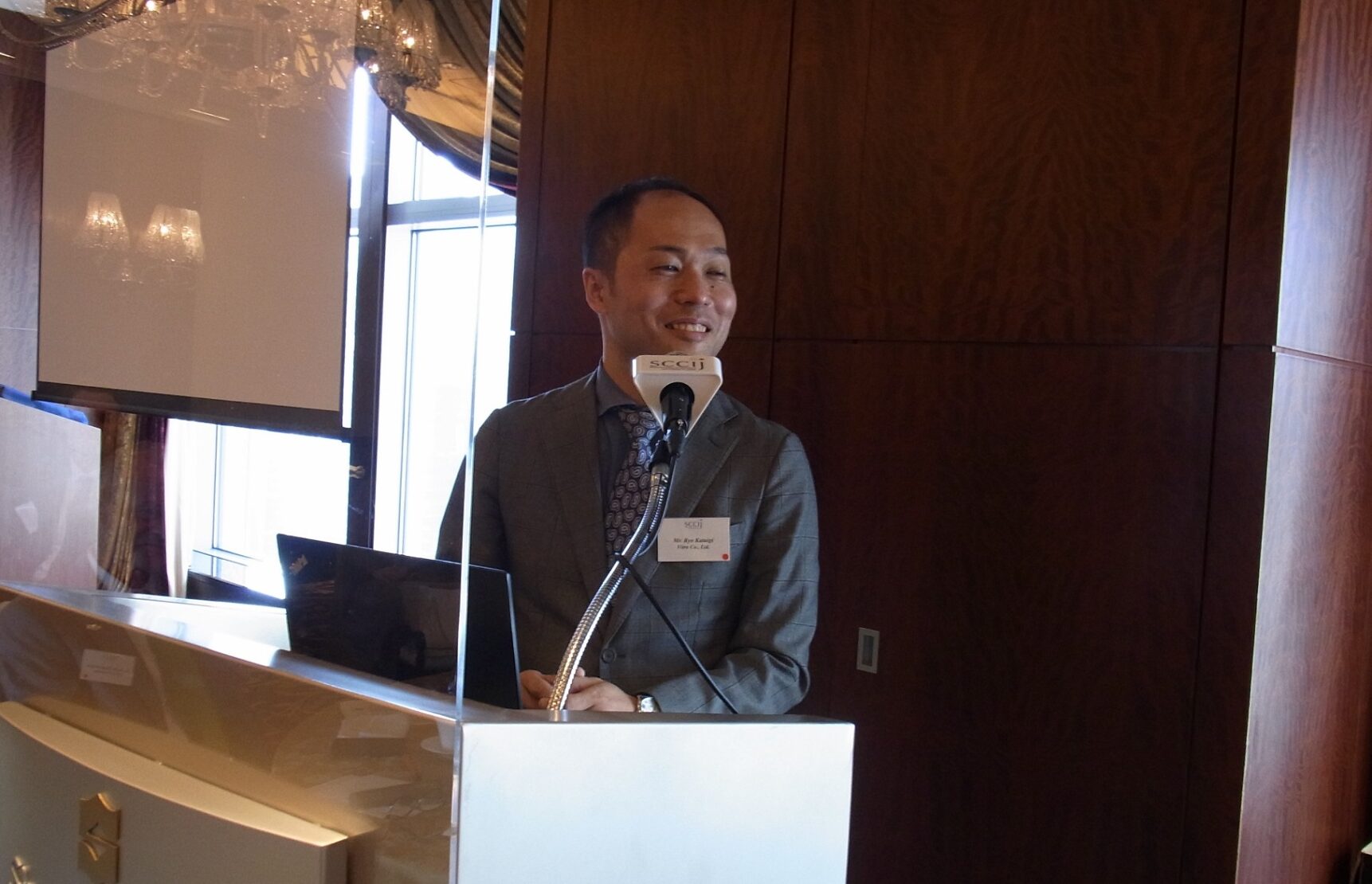 At the beginning of his talk, Mr. Kataigi remarked that through the experiences of working from home, companies and workers had started to discuss the value of office work and office workspace more than ever before. Several well-known companies already reacted to the new situation and adopted a new work style for the time after the pandemic. For example, Google introduced the “hub and spoke system”. Employees work from home and meet at nearby small offices in addition to a big headquarters office.

Also, the social media giant Twitter allows all workers to work from home if they prefer it to office work. The online storage service company Dropbox will create small “studio” spaces for collaborative work. Microsoft developed the “hybrid workplace”: Employees are allowed to work from home for less than half of the working week. However, Netflix ordered all workers back to the office after pandemic restrictions were lifted.

Such changes would challenge Vitra, the 70-year-old furniture designer and maker from Birsfelden near Basel, with the three segments of office, home, and public space, the speaker explained. New work style poses a series of design problems, and these are exciting for a design company like Vitra. The Swiss maker believes that people’s thoughts and feelings are influenced by spaces and the environment. “Now, office and home environment are merging, there are no real boundaries between the segments anymore,” he stated. 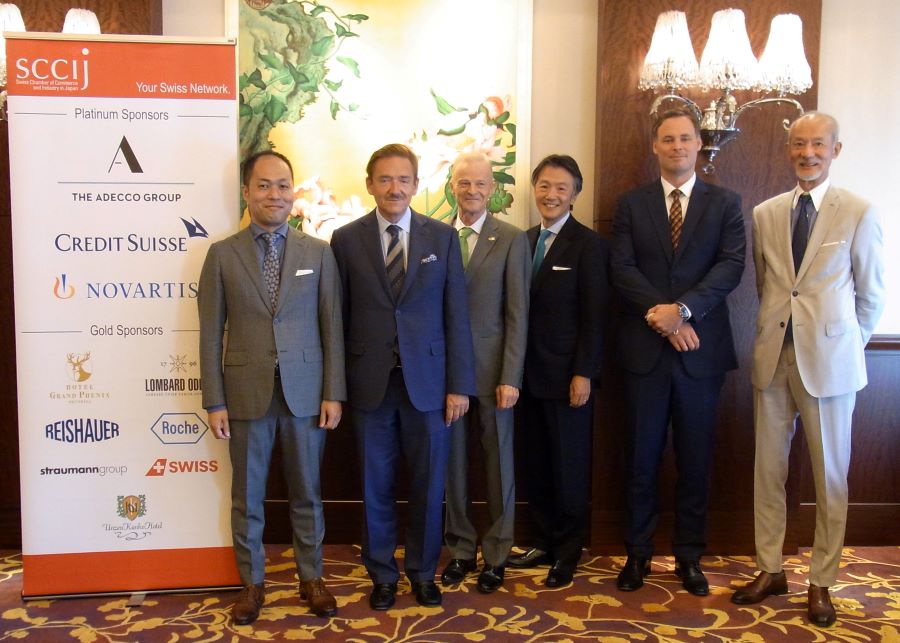 After experimenting with its company work style, Vitra thinks that the future of workspaces will be determined by “hybrid work” – i.e., working from home digitally will co-exist with physical workspaces offering socializing. At the same time, the office itself will change its shape from a place for desks with workstations to an agile and flexible multi-purpose space enabling options for different tasks.

Another Vitra belief is that it is important for companies to define “distributed” work models with appropriate digital tools, rules, cultures, and communications style. “We classify workers in four types: There will be the workplace resident spending most of the time in the workspace, the workplace enthusiasts working remotely for at least once a week, the workplace citizens not assigned to a specific workspace, and the nomad workers not bound to the physical workspace who can work from anywhere fully remote,” Mr. Kataigi explained.

“At Vitra, we believe the office is the place to work, a place where we come together as a team for our common goals, where a unique culture comes to life,” he said. “But ‘back to office’ guidance is complex and difficult because now companies and workers have choices to work at home or at physical workspace. Some workers may say I’m happy working from home but others may want to go back to the office because they are missing meeting people.” 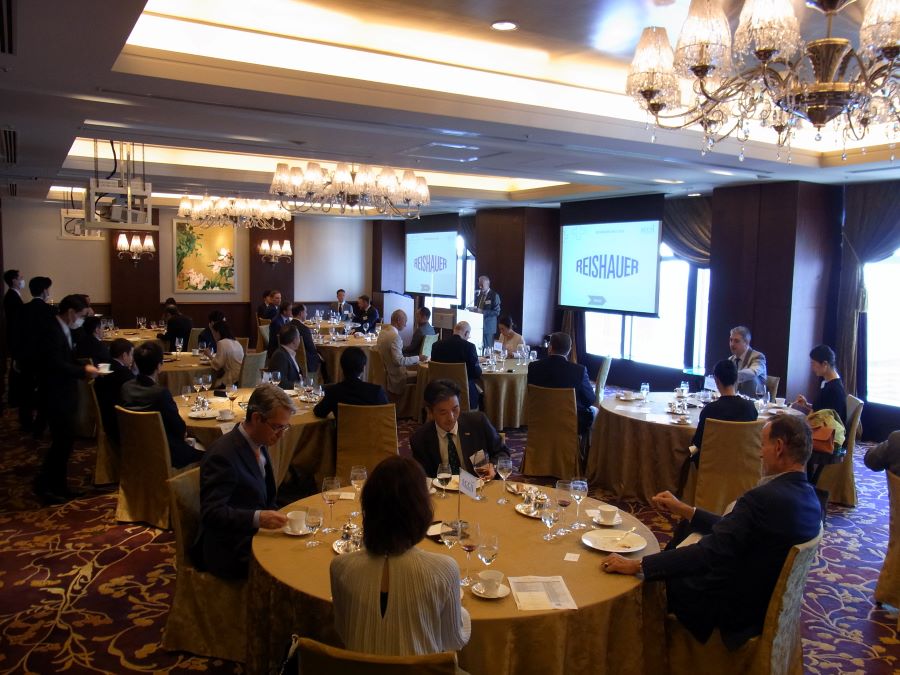 The SCCIJ October Luncheon was the first since June due to the prolonged state of emergency in Japan.

Birth of the “club office”

Because working in the office has become a conscious decision, this place has to become more attractive, the speaker argued. This thinking led Vitra to come up with the “club office”. “A club is a place where people come together with a purpose,” he said.

In the club office, there is open space for communication, space to hide and concentrate on work, space for virtual meetings with monitors or classrooms, and areas which can be customized through “plug and play” depending on the needs.

“Such a club atmosphere you cannot have at home or in a café,” Mr. Kataigi explained. The club concept would also appeal to Japanese customers. Companies may easily update the part of current office space by adding space for socialization without complete changes.

The speaker also told the audience about his sales experiences. “I typically hear that people say ‘We are not working like Google, we always come to work in the office. Hybrid work is not our option.’ But think about your company. You will be hiring new persons who might have different expectations. Hence, you should be ready for hybrid work in the future,” Mr. Kataigi said and earned big applause.

Mr. Ryo Kataigi is the managing director of Vitra Co., Ltd. (Japan) and head of Asia for Vitra. He has over 15 years of experience in the corporate office industry and helped customers to create their strategic workspaces together. Since he joined Vitra in 2009, he has held several sales management roles in the office segment & leadership roles across the region before assuming his current regional role in 2020.