Luncheon: “M&A in a pandemic environment”

Tokyo (SCCIJ) – At the December Luncheon, Mr. Marco Ammann, Area Manager Japan of Sika, talked about the most recent acquisition of the Swiss specialty chemicals company in Japan. He had learned valuable lessons from conducting this operation under the circumstances of the pandemic. Mr. Ammann has to integrate Hamatite, the adhesives business of Yokohama Rubber, and streamline earlier Sika acquisitions in Japan. 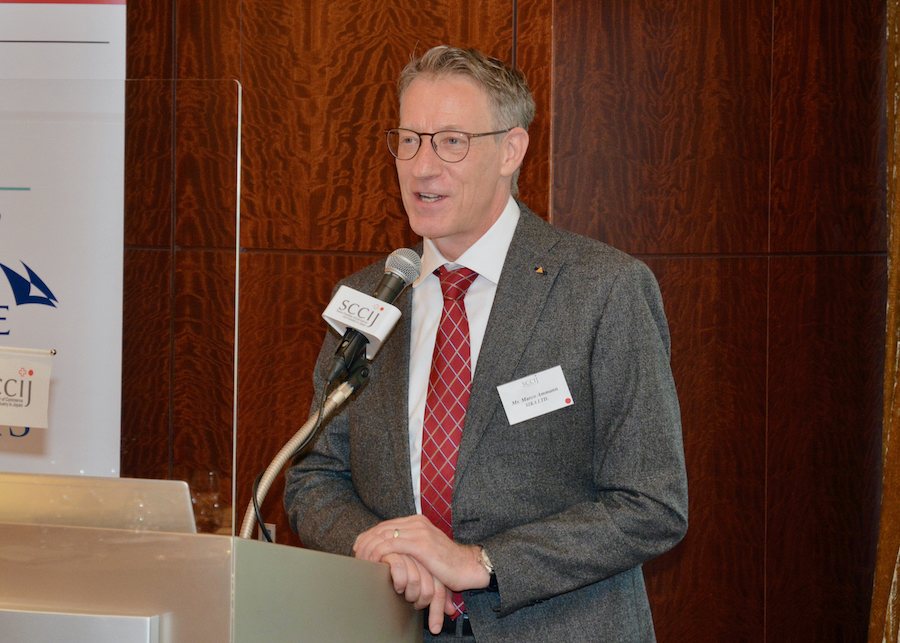 At the start of his talk, Mr. Ammann introduced his employer. Despite not being well-known, Sika has become one of the Top 10 Swiss companies and a blue-chip with a market capitalization twice as large as Nissan’s. “In a building, we do everything from the ground to the roof inside and outside, and the same is true for any car,” the speaker described the broad presence of Sika’s products in the automotive and construction industry. “In Japan, we are self-sufficient, develop our products locally, sell them in Japan and ship them out from Hiratsuka to the Asian region from India to New Zealand.”

The Sika business model is based on strong investments, technological leads, and acquisitions. Despite the pandemic, the Swiss company is expecting record sales and profits in 2021. In Japan, it covers eight markets – concrete, waterproofing, roofing, flooring, sealing & bonding, engineered refurbishment, building finishing, and industry. Its strong growth is correlated to megatrends such as demographics, technological progress, climate change, digitalization, and urbanization. Another advantage for Sika: Its markets are fragmented which facilitates an expansion through mergers. “We see ourselves as the player who consolidates the market and have a solid pipeline for the future,” Mr. Ammann explained. 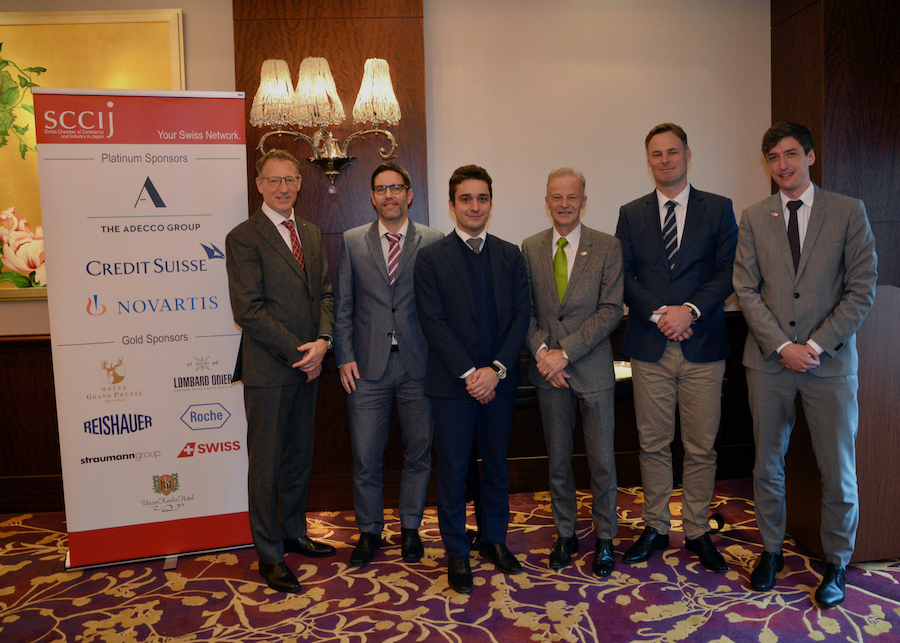 But the COVID-19 pandemic posed particular challenges to this strategy because the usual due diligence and the closing of a traditional M&A process used to require physical interaction. “Under normal circumstances, three dozen Sika specialists would have come to Japan for two or three months for the merger with Hamatite,” Mr. Ammann said. But due to the closed borders, the local management team of Sika had to execute the main work with support from Switzerland while continuing with their regular work.

An additional challenge was the deal structure with a mix of assets and stocks transactions, the integration of the company union, and a carve-out of the IT systems which in itself required six months. “We also had to bridge the cultural differences because our partner was less experienced with M&A and less globally oriented.” The answer to these problems was project teams with members of the buyer and seller and organized along functional lines. “For tough points, we met in person but most of the time it was a virtual journey.” 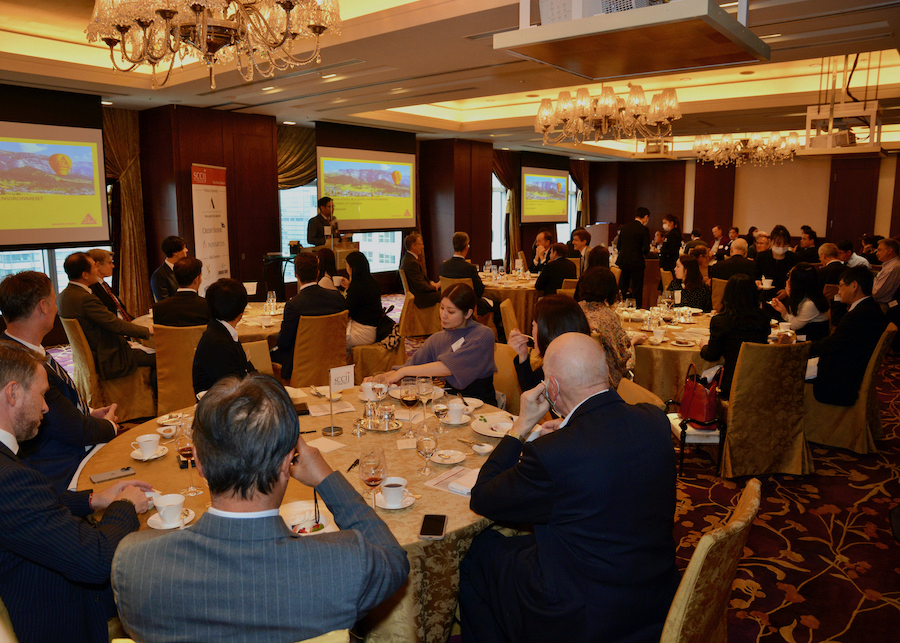 Over 50 SCCIJ members and guests joined the December Luncheon.

Mr. Ammann summed up his merger experiences like this: First, an M&A project in a pandemic causes additional challenges and requires organizational capability. Second, the power of virtual interaction may also open up potential. Third, a good project structure with motivated people on both sides is one key to success. Fourth, the buyer should involve experts where needed, for example for the carve-out of the IT systems. Fifth, the empowerment of the local team would be important not to lose momentum and bridge cultural differences. “This point is the most important one for me,” he said.

The merger of Hamatite into Sika has been implemented on November 1. “The integration will last about a year, followed later by the consolidation of technology centers and factories,” the speaker predicted. Besides, Mr. Ammann intends to tackle the challenge of pursuing “One Sika in Japan” because other local acquisitions were not fully integrated. But the speaker brimmed with confidence: “It will be a long journey, but after having been here for 65 years, we have time to deliver results,” he argued and earned big applause for his speech.

Mr. Marco Ammann came to Japan in 1991 via the scholarship program administered by the Swiss-Japanese Chamber of Commerce. Following an internship at Toyota, he went on to build a 30-year career with extensive experience in industry/automotive and in construction. After a first 14-year tenure at Sika both in Switzerland and Japan, Mr. Ammann successively became General Manager of Hilti Group Japan in 2008 and Atlas Copco in 2015. Most recently, in 2020, he rejoined Sika to assume his current regional role.