Luncheon: How to win patent litigation cases in East Asia

Tokyo (SCCIJ) – At the SCCIJ November Luncheon, about 40 members and guests learned the best strategies to fend off patent infringements in Japan, Taiwan, and China. Significant differences in their legal systems and court proceedings would require appropriate responses, explained luncheon speaker Kenji Kuroda, Founding Partner and Representative Attorney of a law and patent office in all three countries. 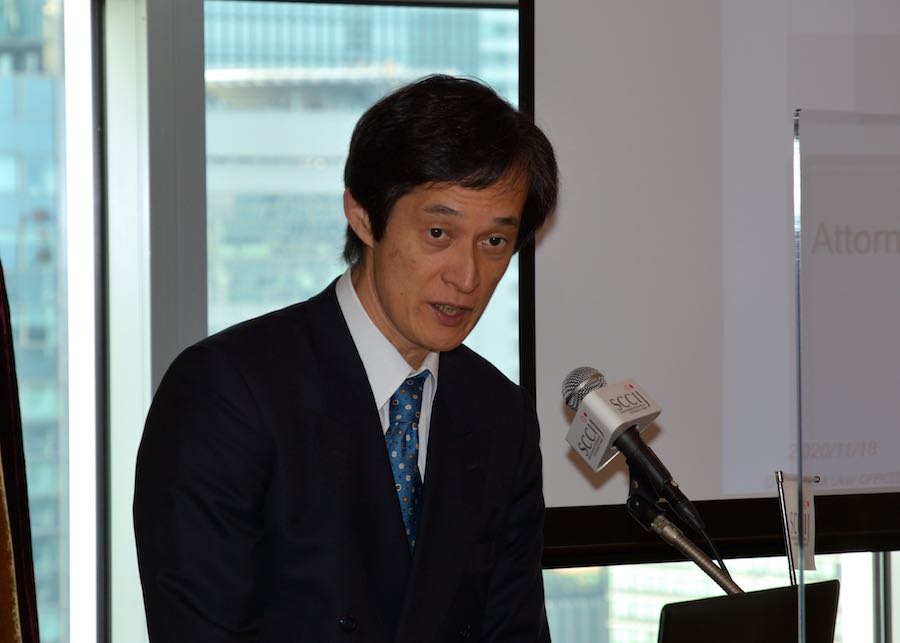 Mr. Kuroda began his talk by highlighting the main differences between Japan, Taiwan, and China. One relevant feature of Japan would be that the judges of the Intellectual Property High Court decide the technical scope and validity of a patent infringement despite having no technical knowledge. Instead, a research official of the Patent Office advises them. As a second point, the speaker emphasized the speedy proceedings in Japan.

Japanese judges would form their conclusion at an early stage of the litigation. “If you miss a deadline, you will lose the case,” Mr. Kuroda warned. Besides, he assured his audience that Japanese companies would have no home advantage. The court would not automatically favor them. Taiwan’s environment for intellectual property disputes would be similar. “Taiwan follows the Japanese way, but the court may appoint technical experts if necessary,” he said.

In contrast to its neighbors, China’s environment would be “very peculiar”. When Mr. Kuroda studied law as one of the very few foreigners in China in the 1980s, nobody tried to file a patent infringement case. Today, China has the highest number of patent litigations globally. However, contrary to foreign expectations, most cases involve domestic companies fighting over who made an invention. “Engineers and researchers switch jobs and take their knowhow with them frequently causing patent disputes,” he explained.

Quite a few foreign companies would also have to fend off infringements of their intellectual property in China. Based on his first-hand experience, the speaker reported an extreme example where a Chinese distributor filed hundreds of patents for intellectual property owned by the Japanese supplier and even won the case in the regional court. Things would be changing, though. Due to the pressure of the Trump administration, China established an Intellectual Court of the Supreme People’s Court of China in January 2019.

But foreign companies still have to be very careful when litigating a patent infringement. The most important point would be that a notary has to notarize documentary evidence such as emails and the actual sale of a copied product. The court does not accept other evidence. Due to this requirement, foreign companies should not talk to any infringing party because it would attempt to hide its crime and destroy all evidence. Thus, Mr. Kuroda recommended: “They should secretly collect enough evidence and then go to court”. Foreign companies should be also aware of a preferential treatment of local companies. A plaintiff based in Beijing may have a smaller winning chance in a regional court against a regional defendant.

Because more and more intellectual property disputes go borderless, companies should strategically plan where and how to sue a violating party. For example, there are only about 400 intellectual property disputes annually in Japan and judges decide them quickly. “Besides, a Japanese court is a better place for foreign patent holders who are winning more than half of their cases,” Mr. Kuroda explained. “That is better than in any other country.” As a result, German and Swiss companies would prefer to file a case in Japan. In Taiwan, the winning rate of foreign plaintiffs of 54% is higher than the average winning rate of all plaintiffs of 34 %. However, the awarded damage amount would be less than NTD 5 million in 90% of all judgments. 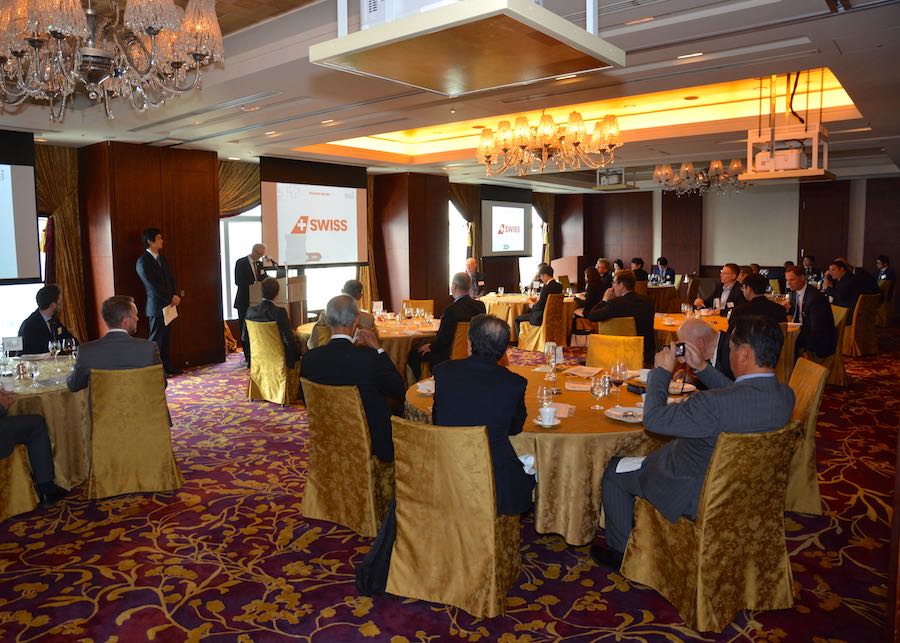 The SCCIJ November Luncheon followed Covid-19 prevention protocol by seating only five people at one table.

On the contrary, the already high number of cases in China has even increased by three times between 2014 and 2018. The awarded damages may be quite high but in such cases, lower courts have to ask for permission from a higher court, especially when a foreign company is involved. “Hence, filing in China is very risky,” the speaker stated. He recommended buying the patents from third parties and carefully selecting the lawyer.

Companies should collect information from the patent itself, from checking the websites of rival companies, and from acquiring the copied goods. Summing up, Mr. Kuroda mentioned three points to win a patent infringement litigation: sufficient preparation, speed, and sufficient explanations. “Without this, you will lose even if you are right,” Mr. Kuroda warned.

In 1983, Mr. Kenji Kuroda passed the National Bar Examination at the age of 20, the youngest successful candidate to date in the country. After developing practical experience as an attorney, he attended law school in China (Fudan University Faculty of Law, Advanced Study Course), Denmark, and the United States (Duke University Law School). Following his admission to the bar in New York in the United States, Mr. Kuroda founded Kuroda Law Offices and Kuroda Patent Offices in 1995, later establishing a Shanghai office in 2004 and opening the first Japanese law firm in Taiwan in 2009, specializing in cutting-edge fields, such as Chinese law, information technology, and intellectual property, to provide strategies tailored to the customer’s needs.